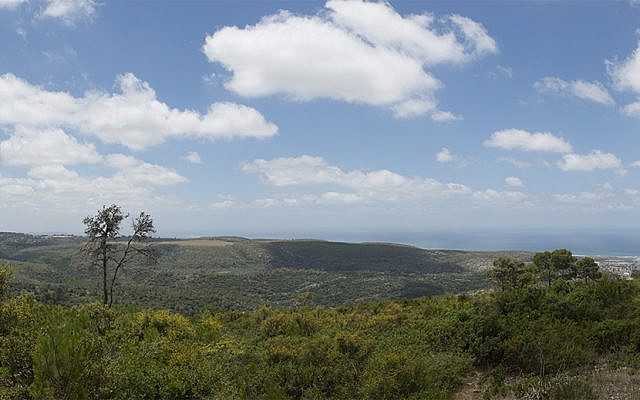 Keren Kayemet L’Israel – Jewish National Fund (KKL-JNF), whose new chairperson will be selected this autumn, owns and manages a significant portion of the country’s land and open spaces. The organization has been, and will continue to be, an integral part of the country’s development. However, in this time of tremendous environmental, health, economic and political uncertainty, a professional (rather than political) appointment to chair KKL-JNF is needed to assure Israel’s future environmental and social sustainability. In this spirit, 110 members of Israel’s environmental scientific and professional community have endorsed Professor Alon Tal to serve as the next chair of the KKL-JNF. Their statement follows:

In 2020, The World Zionist Congress will select a new chairperson for Keren Kayemet L’Israel – Jewish National Fund (KKL-JNF). In this tense period of economic uncertainty, environmental degradation, social instability, and political fragmentation, KKL-JNF needs a chairperson selected for their professional and managerial skills, rather than a political appointment. KKL-JNF needs a chair who can unite the mosaic of communities in Israel towards a common goal of social and environmental sustainability. KKL-JNF needs a chair who can communicate and work with diverse Jewish communities abroad, and dialogue with Israel’s friends and detractors, alike.

We, the undersigned, are researchers, managers, activists, teachers, and citizens who are intimately familiar with KKL-JNF objectives and responsibilities, and we enthusiastically endorse Professor Alon Tal for Chairman of KKL-JNF. We have had the privilege of working alongside Alon in multiple contexts – in universities, environmental non-governmental organizations, and in political and social endeavors. He has the leadership and vision to transform Israel, via KKL-JNF, into the international leader in sustainability that it could be.

KKL-JNF is Israel’s largest single land-owning institution (13% of the country) that also administers a large proportion of the country’s open space and forests. The organization initiates and oversees countless educational and philanthropic programs, in both nature and in communities. As such, it has the capacity to be a guiding, progressive force in Israel for environmental protection, mass recreation, social justice, and cultural expression. The oversight of such activities, along with management of the KKL-JNF budget, requires dedicated, talented, and honest leadership – all of which describe the character of Professor Tal.

Alon’s stellar history in improving the quality of life and environment in Israel, his dedication to the wellbeing of all of Israel’s citizens and the Jewish community around the world, and his intimate familiarity with Israeli history, politics and environment make him the most promising candidate for this position in many years. Alon has the political acumen, environmental passion and intellectual depth to guide one of Israel’s most important and powerful institutions, and he would do so with the best interests of all of KKL-JNF’s multiple stakeholders (primarily, the citizens of the state of Israel and the Jewish communities around the world).

Just a small example from Alon’s illustrious career on behalf of Israel’s people and environment exemplify his qualifications for this position:

Visionary Leader and Entrepreneur: Alon founded two of Israel’s most innovative and successful environmental organizations – Adam Teva, v’Din, The Israel Union for Environmental Defense (IUED) and the Arava Institute for Environmental Studies (AIES). IUED is the most important organization leading the legal fight for public health and environmental quality in Israel today. AIES has hosted hundreds of students from across the Middle East and the World with its one-of-a-kind education program combining environmental studies with regional cooperation.

Environmental scholar: With degrees in law (Hebrew University) and Public Health (Harvard University), Alon is currently head of the Department of Public Policy at Tel Aviv University. He is the author or editor of six books on Israeli environmental history, including one on Israel’s forests and forestry policy (“All the Trees of the Forest”) and numerous peer-reviewed research papers on public policy and history. Among his many academic activities, Alon established a semi-annual United Nations conference on Desertification, bringing hundreds of global scholars and policy makers to Israel’s Negev Desert, and establishing the country as a world leader in the fight against desertification.

Patriot, activist and optimist: Alon has been a consistently optimistic and inspirational political activist for the past 30 years. He cofounded the Israel Green Movement, and later candidate on the Blue and White List for the most recent Knesset. He is a quintessential unifier, building coalitions of diverse communities and championing quality-of-life issues for all of Israel’s citizens. He understands the centrality of Israel to Jewish life while respecting the history and needs of Israel’s non-Jewish communities. He represents Israel around the world with passion and zeal, and a lucid understanding of the country’s successes and shortcomings. His achievements on behalf of Israel have been recognized by being awarded the Environment Ministry’s lifetime achievement award.

Experienced KKL-JNF board member: Alon has extensive experience working within KKL-JNF. Although his first interaction was to legally challenge the organization regarding its unsustainable forestry practices in the 1990s, he has since become an active member of the KKL-JNF sustainability board, where he has systematically introduced policies for river restoration, bike trails and reduction of pesticide use. In preparation for his bid for chairmanship, Alon has already released a 10-point priority plan for the organization, which includes formulating a long-term strategy and updating legislation to sustainably save forests, expediting Israel’s transition away from fossil fuels to renewable energy, increasing tree cover in urban areas, and increasing KKL-JNF’s research budget to ensure that Israel maintains its reputation as an international innovator in ecology, afforestation and agriculture.

As the world enters an uncertain future in the shadow of climate change and COVID-19, we need leaders who can champion sustainability, wellbeing and resilience and guide our institutions with wisdom and compassion. Alon is the right person to take the helm at KKL-JNF, for the benefit of Israel’s citizens and the Jewish community around the world. Under Alon’s leadership and his 10-point priority plan, the KKL-JNF can not only sustainably manage its own land holdings, but can become a positive force for change in management of all of Israel – from nature reserves to forests, agricultural lands to urban centers.

For a politically, socially and environmentally sustainable Israel, we are proud to endorse Professor Alon Tal for Chairman of KKL-JNF.