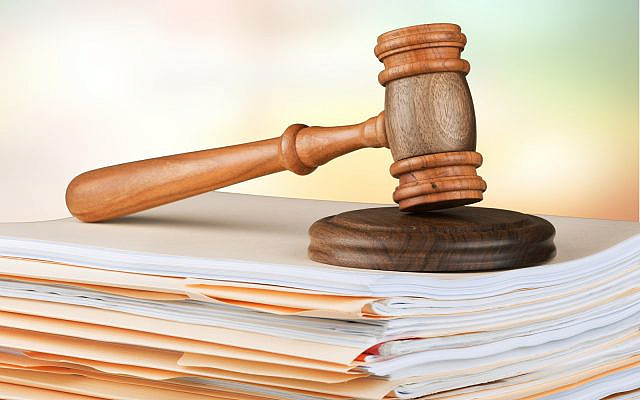 US President Joe Biden’s declarations of his intention to restore ties with the Palestinian Authority, reopen the PLO delegation’s office in Washington, resume urgently needed assistance to the Palestinians, and renew US efforts to promote peace between Israel and the PLO are strewn by a dozen legislative landmines adopted by Congress since 1985.

These restrictions hobble the US-Palestinian relationship to a degree surpassed, perhaps, only by the legal brakes applied to dealings with Iran and North Korea. But the laws that pertain to the PLO are outdated and pose a serious hindrance to the promotion of the Israeli-Palestinian peace process. They are precipitously intrusive and blatantly one-sided in the demands that they place on the PLO, the internationally recognized representative of the Palestinian people. Everything these laws proscribe with an iron fist can and should be negotiated in good faith with the Palestinians.

These laws undermine the constructive working relationship that has characterized US-Palestinian ties since the Madrid Peace Conference and the Oslo Accords, relations that tanked when President Donald Trump made a show of trying to bring the Palestinians to their knees with his failed “Deal of the Century.”

The first of these laws was enacted on August 8, 1985, “Codification of Policy Prohibiting Negotiations with the PLO,” and the fact that it is still on the books is absurd. It “prohibits US government officials from negotiating with any official or representative of the PLO unless it accepts Israel’s right to exist, UN Security Council resolutions 242 and 338, and renounces the use of violence.” Even though the provisions of this law were “suspended” when the PLO accepted the Quartet Principles, it should have been repealed and not merely suspended. What is the logic behind its suspension, instead of its repeal, when the PLO has already agreed to all the terms of the legislation?

The Anti-Terrorism Act of 1987 (ATA), enacted on December 27, 1987, designates the PLO as a terrorist organization and prohibits all PLO operations in the United States. Does anyone need to see a picture of Yasser Arafat shaking hands with Israeli Prime Minister Yitzhak Rabin and President Bill Clinton? I was there on the White House lawn witnessing the ceremony that marked the formal mutual recognition between Israel and the PLO. In this context, and the subsequent years of US-Israeli-Palestinian negotiations, what practical use does the 1987 act have?

Clearly, not much, since, in October 1993, Congress passed a law, the “Middle East Peace Facilitation Act,” to override it in order to enable opening of the PLO office in Washington DC. The override expired, was extended in 1997, and then expired again in 2011, leaving the 1987 ATA in force.

And while negotiations were underway on the basis of the Oslo Accords, the US Congress lobbed a grenade into the process by passing “The Jerusalem Embassy Act” on November 8, 1995.

This act called for the relocation of the US embassy in Israel to Jerusalem, omitting any mention of East Jerusalem’s status as an occupied territory according to international law and UN Security Council resolutions supported by the United States. The act required the embassy to be moved by May 31, 1999, around the period when the Oslo negotiations should have culminated in a two-state solution. Since the Oslo Talks listed the status of Jerusalem as one of the five final status issues to be resolved by 1999, the Embassy Act gave Israel yet another incentive to drag out and obstruct the talks.

In 1999, the US president was granted a waiver for national security reasons to allow delaying the move of the embassy. This waiver was used by all presidents since 1999, including by President Trump, until his fateful decision in December 2017 to recognize Jerusalem as Israel’s capital and move the US embassy from Tel Aviv to Jerusalem. Despite vague assurances from the US, the Palestinians rightly viewed the move as a sign they were being denied their chance to establish the capital of their future state in East Jerusalem.

This FTOs designation became significant when Hamas won the PA’s Legislative Council elections in 2006. This led to the suspension of aid to the PA and complicated the creation of a Palestinian government that included Hamas. Ironically, those elections were pushed by President George W. Bush and the results caught Fatah and the US administration flat-footed.

As the Second Palestinian intifada was raging, the “Visa Ineligibility and Waivers of Inadmissibility Act” was adopted on January 22, 2002. This Immigration and Naturalization Act made “ineligible for a visa any officer, official, representative, or spokesman of the PLO.” The act is current to this day, however, it “provides waiver authority and discretion for State Department and Department of Homeland Security.”

Then, as Hamas won the Palestinian Legislative Council elections, the Palestinians were slapped on December 12, 2006, with another anti-Palestinian legislation – the “Palestinian Anti-Terrorism Act of 2006 (PATA).” PATA places a set of conditions and restrictions before assistance to the PA can be allocated. It prohibits “assistance to any PA unity government with Hamas, or Hamas-controlled institutions unless Hamas accepts the Quartet Principles.” It lists the sanctions that may be applied if a Hamas-controlled PA or institution does not meet the set of conditions.

In view of the planned Palestinians elections for May of this year that would include Hamas and possibly a Fatah-Hamas joint list, there is no doubt that if Hamas or a Fatah-Hamas joint list win the elections, this act would be a serious obstacle for the Biden administration’s intentions to resume aid and political ties with the Palestinians. (In any case, the rules in the upcoming Palestinian elections require participating parties to abide by all agreements previously signed by the PLO, including the failed Oslo Accords, and it’s my longheld view that Hamas must give up its delusion that armed struggle can liberate even an inch of Palestine.)

When the Palestinians joined UNESCO as a member state, the US enacted the “United Nations Limitations Waiver,” which was included in the fiscal year Foreign Operations Appropriation bill and enacted on December 23, 2011. This waiver restricts Palestinians actions at the UN, and limits waver authority for PLO operations, requiring that if the provision is violated, a waiver may only be used following a 90-day closure of the PLO office and only after certification that the PLO has entered into “direct and meaningful negotiations” with Israel. It “mandates a cut-off in all economic aid to the PA if violated though a waiver is available.”

Then, on January 4, 2014, when there were growing concerns that Palestinian leaders would join the Rome Statute, or International Criminal Court (ICC), and initiate an investigation of Israeli officials for war crimes, once again, the United States Congress dutifully jumped in and passed the “International Criminal Court (ICC) Limitations Waiver,” which applies strictures similar to those above. It also mandates a cut-off in all economic aid to the PA and, this time, there is no national security waiver included.

Now that the ICC has recently issued a judgment that the West Bank, Gaza, and East Jerusalem fall within its jurisdiction, the ICC investigation could complicate the PA’s relationship with the Biden administration. If the Palestinians resort to violence, they are doomed and condemned. If the Palestinians resort to an internationally recognized and respected criminal court, they are punished even before the court issues its findings.

What venue is there for the Palestinians to speak out about the injustice of an occupation that dispossesses them on a daily basis from their land and their basic human rights? Would it be, perhaps, Israel’s Supreme Court? Unfortunately, Israel’s Supreme Court has shown a pattern of overwhelmingly voting in support of the Israeli government’s demands.

Then, when the negotiations were launched in July 2013 by then Secretary of State John Kerry failed, the US Congress, once again found yet another reason to punish the Palestinians. This time it enacted on December 16, 2014, the “Prisoner Payment Reduction – Graham Amendment.” This amendment “requires a dollar-for-dollar reduction in economic aid in the amount the PA, PLO and any successor or affiliated organization spent on payments for acts of terrorism committed by individuals imprisoned after being fairly tried and convicted, and by individuals who died committing such acts.”

First of all, most Palestinians imprisoned by Israel have arguably not been fairly tried. Nevertheless, I am aware that the PA is currently restructuring this system of payment to resolve this matter with both Israel and the United States. The PA is not interested in making this an issue of contention going forward with Israel, which is permitted by its own laws to deduct the estimated amounts going to this specified section of the population from the customs payments collected by Israel on behalf of the PA. The PA, as well, wants to diffuse this matter so that it will not be an issue in its relations with the new Biden administration.

On March 23, 2018, after the PA cut off ties with the Trump administration over its recognition of Jerusalem as Israel’s capital, the United States passed the “Taylor Force Act.” The Act “mandates the cut-off of all economic aid to the PA until it revokes any law, decree, regulation, or document authorizing or implementing a system of compensation for prisoners convicted of terrorism that uses the sentence or period of incarceration to determine the level of compensation paid.”

Finally, when the US Supreme Court denied review of the Sokolow vs. PA/PLO suit placing PLO/PA liability for terrorism in Israel and the court dismissed the case for lack of jurisdiction, the US passed the “Anti-Terrorism Clarification Act of 2018,” on October 3, 2018. This latest and last act “requires any entity receiving US foreign assistance to accept jurisdiction for Anti-Terrorism Act lawsuits.”

It appears that US sanctions against the Palestinians have a life of their own. The US reacts harshly by imposing sanctions and suspending aid to any Palestinian action deemed not friendly or remotely threatening to Israel.

As the Biden administration moves forward in restoring ties and aid to the Palestinians, it has the misfortune of having to contend with 12 existing Acts that restrict its ability to nurture ties with the Palestinians and eventually push forward the US-Palestine peace process.

For their part, Palestinians have significant concerns over all these restrictions. From a practical perspective, many of these acts have an immediate effect on Palestinians. Elections for the Palestinian Legislative Council are being planned for May of this year. US aid is expected to resume as soon as practically possible. The PLO delegation’s office is supposed to reopen in Washington; however, without any diplomatic status or immunity from lawsuits by US citizens.

These issues are weighty, yet significant, and could very well impact the course of relations between the PA and the Biden administration. But, more importantly, they could clearly be a hindrance to a fair pursuit of peace negotiations between Israel and the PLO. The Palestinians should condition reestablishing ties with the US with a commitment by the Biden administration to rescind these one-sided and spiteful acts. With good faith, most issues of contention between the US and the Palestinians can be resolved during negotiations.