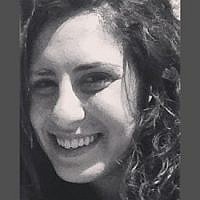 The Blogs
Daniella Berger
Apply for a Blog
Advertisement
Please note that the posts on The Blogs are contributed by third parties. The opinions, facts and any media content in them are presented solely by the authors, and neither The Times of Israel nor its partners assume any responsibility for them. Please contact us in case of abuse. In case of abuse,
Report this post.

I am going to tell you a secret that no one in my office knows: I am a Republican.

You might ask, “Great, but why is that important?” Well, I will tell you another secret: the Member of Congress that I intern for is a Democrat.

Yes, you read that right. No, it’s not a typo. And the craziest part of all? It doesn’t really matter. The reason no one knows of my political affiliation is not because I am afraid or embarrassed. It is not because I feel forced to hide it. It is simply because no one asked. Because it truly just does not matter.

We live in a world where our labels define us, and we play into those definitions. But we need to forget the preconceived notions we associate with those words. I am a Republican. I believe in personal responsibility and fiscal conservatism. And yet, I understand the basic idea of compromise. Many people around me disagree with my opinions. It is their right to. By virtue of that reality, it would be impossible for every single one of my beliefs to be implemented in any public arena. I understand that in order to achieve my own goals, I must make sacrifices, and the congressman I work for understands that principle as well. I admire his steadfast commitment to his beliefs, while at the same time making necessary compromises in order to create productive legislation.

Unfortunately, most of congress does not seem to comprehend the value of give and take. In the selfish world of American politics, it is all “me”. It is all about what I want. And if I can’t have what I want, and ALL of what I want, then no one can have anything at all. This attitude is infantile, and It is the reason gridlock permeates the institution.

Last week, the U.S. House of Representatives passed a ban on abortions after 20 weeks (changed from the current 23). The legitimacy of this bill can be debated, but what is clear is that it is doomed to fail. The House is fully aware that this law will never pass in the Democratic controlled Senate, and the President has threatened to veto the measure if it does.

This is simple common sense. There is no value in spending time debating legislation that will not be written into law. That is precious time that could be spent dealing with the slow economic growth in the U.S., and focusing on job creation; or, honestly, doing anything else on the planet that might be even remotely productive. Instead, the Tea Party presents a bill just to make a point and to highlight the division between the parties.

Our legislators need to find a way to overcome extremism, to find common goals, and to foster bipartisanship. But we, as the public and as Jews, are also at fault. Many of us sit around and complain to our friends and family that the government is not making any progress. But we perpetuate these problems.

The conflict between the Charedi community and the Women of the Wall epitomizes this problem and displays to the world a Judaism that is selfish and ugly. Both sides are responsible. The Charedim claim to be pious, but forget some of the basic tenants of Judaism: Derech Eretz, the principle of respect, and of loving your fellow Jew like yourself. They pray towards the Western Wall, ignoring the fact that no Beit Hamikdash stands behind it because of the senseless hatred among Jews. On the other hand, the Women of the Wall disregard and disrespect the practices of the ultra-Orthodox community.

They are focusing on the wrong issues.There is much more that unites us than the petty differences that cause dissent. As a collective, as Jews, and as Americans, we need to get up off of our couches, step away from our desks, and stop such extreme rhetoric. When we accomplish that, when we stop alienating each other and ignoring our mutual needs, our government will come down off their high horses and realize that their public wants REAL change, not some diluted version that we have been promised.

Our politicians need to stop bickering and start doing their jobs. We need to show them how.

About the Author
Daniella Berger is a student at the University of Maryland, College Park, studying Middle East History and Government and Politics; A native of Houston, Texas, she is currently interning in DC with a member of the US House of Representatives; Daniella is involved in both the Jewish and pro-Israel communities on her campus and in the surrounding Maryland area.
Comments