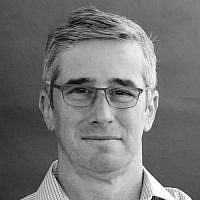 Much attention has been paid to the interview that President Obama gave over the weekend to New York Times columnist Thomas Friedman. What bothers me more than the answers the President gave are the questions Mr. Friedman did not ask. Here are fifteen questions I wish he had asked the President to respond to, and that I hope journalists will ask in the future.

1) Mr. President, the US Energy Information Administration has estimated that Iran has 16% of all the natural gas in the world, second in reserves only to Russia. It is further estimated that Iran has roughly 150 billion barrels of crude oil reserves, ranking it third in the world.  How do you explain Iran’s obsession with nuclear energy, and if you agree that it could only be for military purposes, why would the West agree that they should be permitted to have any nuclear infrastructure?

2) Mr. President, the negotiations with Iran have been very narrowly limited in scope to their nuclear program. Why was the regime given a pass on their massive conventional weapons development including ICBMs that could threaten America, on their global sponsorship of terror including Hezbollah, on their aggression in the region (which accelerated dramatically in Yemen even as talks were ongoing), on their human rights abuses and on their genocidal rhetoric?

3) Mr. President, two years ago you said of the formerly-secret, fortified facility at Fordow:  “They don’t need to have an underground, fortified facility like Fordow in order to have a peaceful nuclear program.” And you added, “They certainly don’t need a heavy-water reactor at Arak in order to have a peaceful nuclear program.” However, under the terms of the agreement, both Fordow and Arak remain operational, and, in fact, centrifuges in the fortified Fordow facility will continue to enrich fissile material. Describe the nature of the inspection regime and how it will be intrusive enough to insure they aren’t used to produce more highly-enriched uranium or plutonium?

4) Mr. President, the agreement with Iran includes provisions that expire after 10 or 15 years. It was 36 years ago that the Iranian regime sanctioned the taking of American hostages for 444 days. It has been over 30 years since it killed 241 US Marines in Beirut.  Why are we to believe that just a decade from now the regime will be civilized enough that having the ability to produce nuclear weapons should not concern us?  Why were sunset clauses time-bound rather than connected to Iranian behavior?

5) Mr. President, what do you say to the thousands of widows and children of American service personnel killed by Iranian Revolutionary Guard-trained terrorists operating in Iraq? Do you expect them to believe that the Iranians are conducting negotiations in good faith?

6) Mr. President, in 1994 President Clinton hailed the “Agreed Framework” negotiated with North Korea as a “good deal for the United States” under which North Korea would dismantle its nuclear program, He added that, “The United States and international inspectors will carefully monitor North Korea to make sure it keeps its commitments.” Of course they did nothing of the kind, and North Korea went on with its program, eventually testing nuclear weapons. What makes you so confident this deal will have a better outcome?

7) Mr. President, when you claim that those who say that Iran cannot be deterred are mistaken, do you say that having read and understood the theological philosophies that underpin the Iranian regime?

8) Mr. President, in December you said that Iran had the potential to become “a very successful regional power.” What did you mean by that? Do you believe greater Iranian influence in the Middle East will benefit the region?

9) Mr. President, since your first campaign you have said that nuclear non-proliferation was of utmost importance to you. However, alarmed by the nature of the negotiations with Iran, Saudi Arabia recently announced an agreement to purchase nuclear material from Pakistan.  Does it not concern you that the Iranian agreement will spark a dangerous nuclear arms race in the least stable region in the world?

10) Mr. President, the “fact sheet” your State Department published after the announcement of the framework was immediately denounced as “spin” by your Iranian negotiating partner. And, in fact, the Iranians have made clear that it is their understanding that all sanctions will be eliminated immediately as the agreement goes into effect, which is not what your Administration has said.  Are these “facts” actually agreed to by the Islamic Republic, or are they just the aspirations of the P5+1?

11) Mr. President: Not quite two years ago you said that you determined “that the United States should take military action against Syrian regime targets,” but that even just air strikes (you ruled out ground forces) obligated you to “seek authorization from the American’ people’s representatives in Congress.” The consequences of the agreement with Iran are arguably far greater than lobbing a few cruise missiles into Damascus. Why don’t you think the people’s representatives should debate and vote on this?

12) Mr. President, Does it give you any pause to know that, at your direction, your Secretary of State is sitting across the table from the representative of a government that regularly conducts public hangings of people for the sole crime of being homosexual?

13) Mr. President, what do you say to the young people of Iran, many of whom gave their lives in 2009 to try to rid themselves of this regime?  Does America have sympathy for their aspirations?

14) Mr. President, explain how Iranian government-sponsored rallies–taking place contemporaneously with negotiations, featuring chants of “Death to America, Death to Israel”–are not relevant to the conversations with the Iranian government?

15) Mr. President, you assure us that this agreement puts Iran’s “break out time” to a bomb at at least one year. However, given the fact that what was agreed to in Switzerland is described a “framework agreement,” and that break out time will truly be determined by technical details yet to be negotiated, how can you so boldly make this assertion?