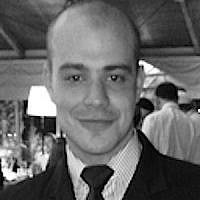 The Blogs
Andre Lajst
Apply for a Blog
Advertisement
Please note that the posts on The Blogs are contributed by third parties. The opinions, facts and any media content in them are presented solely by the authors, and neither The Times of Israel nor its partners assume any responsibility for them. Please contact us in case of abuse. In case of abuse,
Report this post.

1-) Three Israeli kids where kidnaped and found dead. Three Hamas members are involved in the killings and, presently, they are yet to be captured.

2-) Two days after the bodies of the Israeli Kids were found, 6 Jewish men, including a teenager, kidnapped and killed a Palestinian boy. He was 16.

3-) While the Palestinian police are yet to find the killers of the three Jewish boys, The Israeli police have located and jailed the 6 terrorists who killed the Arab Teen.

4-) Using a policy that has not been in sue in over a decade, The House of one of the Terrorists who killed the Israeli teens was partially destroyed by IDF.

5-) Meanwhile, the houses of the Jewish terrorists who killed the Arab teen were not destroyed yet.

6-) During this period and weeks before those events, rockets were fired at Israel from the Gaza Strip.

7-) Israel did attack selected targets in the Gaza Strip, striking those who were about to launch rockets and the arsenal it self. All targets are linked to terrorism and belong to Hamas or other terrorist groups in Gaza, although collateral damage and civilian causalities have been reported in the past.

8 -) In the week of and following the murders, Hamas intensified the rocket-fire, achieving 60 launches per day. Yesterday, Monday, 100 rockets where fired on Israel.

9-) Massive riots and violent protests took place in many Arab towns in Israel after the killing of the Arab teen. Protesters threw stones at passing cars, destroyed public property and closed roads, leading to confrontation with Police. Injuries on both sides were reported.

10-) Dual to divergences in the government, IDF gave 48 hours to Hamas stop the rockets , and said clearly that silence will be answered with silence.

11-) Hamas ignored this warning and continues to fire rockets into Israel.

12-) Hamas rockets are aimed at Israeli cities, not Army bases. Their goal is to create terror, stop routine living and kill civilians. Since 2001 nearly 70 Israeli civilians lost their lives due to these rockets. Since Israel left Gaza Strip in 2005, more then 10,000 rockets and rockets where fired into Israel.

13-) Israel has a sophisticated system of alarms to notify the population. When rockets are about to fall, citizens have between 15 to 60 seconds to find shelter, depending which city they live and how close they are from the Gaza Strip.

14-) Israel has the Iron dome system, an anti-missile system which targets rockets about to fall into major populated areas. Not all rockets are stopped. But those three factors; the Alarm system the shelters spread into the cities and the Iron Dome are the main reasons why the number of fatal causalities are relatively low in recent years.

15-) After 4 days waiting a government decision, the cabinet decided to launch a defensive operation against Hamas and other terrorists organisations in Gaza to stop the rockets they are lunching everyday into Israeli cities.

17-) Hamas, Jihad Islamic and Salafists inside the Gaza strip and spread in the West Bank are the biggest challenge for peace process to continue.

18-) Israeli Blockade in Gaza and checkpoints in the West Bank become reality just after terror started to hit Israeli cities. Before the second and first intifada, the freedom of movement for Palestinians in both territories were much easier.

19-) Doesn’t matter if you are Jew or Arab, right or left, there are some facts we all agree on : Jews who killed the Arab boy are terrorists . Arabs who killed the Israeli teens are terrorists. All terrorists need to receive the same judgment, and punishment. This includes house demolition policy. Hamas is a terrorist Organisation that is firing into civilian cities, and Israel has the right to stop the firing by diplomacy or by force. Diplomacy has failed.