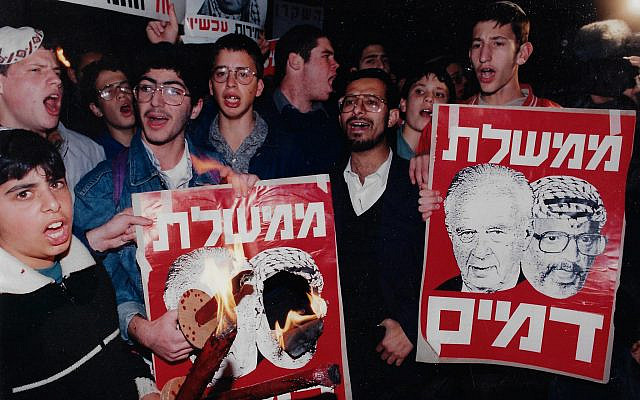 In one of my conversations with my father Jose (Yosef) Z”L I remember him saying that words can be as dangerous as physical violence and guns, adding that in some cases a person can recover from a wound while damage caused by words might remain forever.

In other cases, words can influence weak extremist souls and minds, and when people feel they are God’s representatives on Earth, things seriously worsen.
25 years ago Yitzhak Rabin, an elected Prime Minister of Israel was murdered from the back by a Jewish terrorist.

The 3 bullets shot by the murderer Yigal Amir at Rabin’s back killed him and left Israel since then seriously wounded.

On occasion of this tragic anniversary, I want to share with you a few images of the incitement against him, of him, a modest real Israeli leader for whom taking responsibility for his actions and decisions, was a firm principle. He never paid attention to the angle in which he was being photographed, because he didn´t do anything thinking of what it would look like, but only of what had to be done.

I share here also pictures I took of the mourning after the national tragedy, a tragedy that was such for the vast majority of the nation but unfortunately not for all of it.

Since then the security precautions and measures were taken around the Prime Minister have improved very significantly. But in terms of national dialogue, I’m not sure we learned that much. Whoever thinks differently is very quickly labeled as a traitor.

A few years ago Rabin’s granddaughter Noa Rotman was asked in an interview in the Yediot Achronot newspaper if she hates the murderer Yigal Amir and she replied “ I don’t have enough time for the ones I love, I’m not going to waste time in hate”.

The attitude that comes from values, is everything. 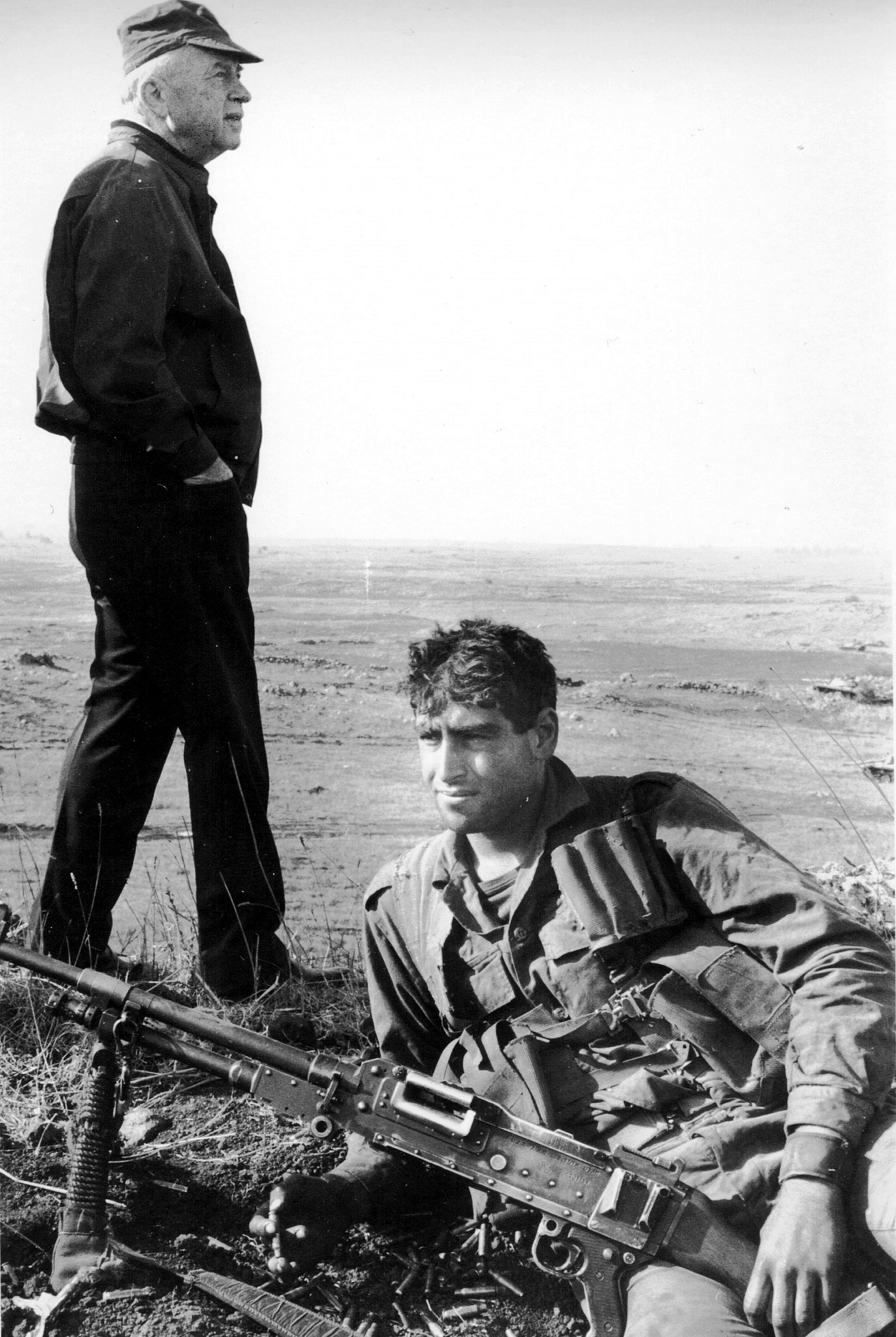 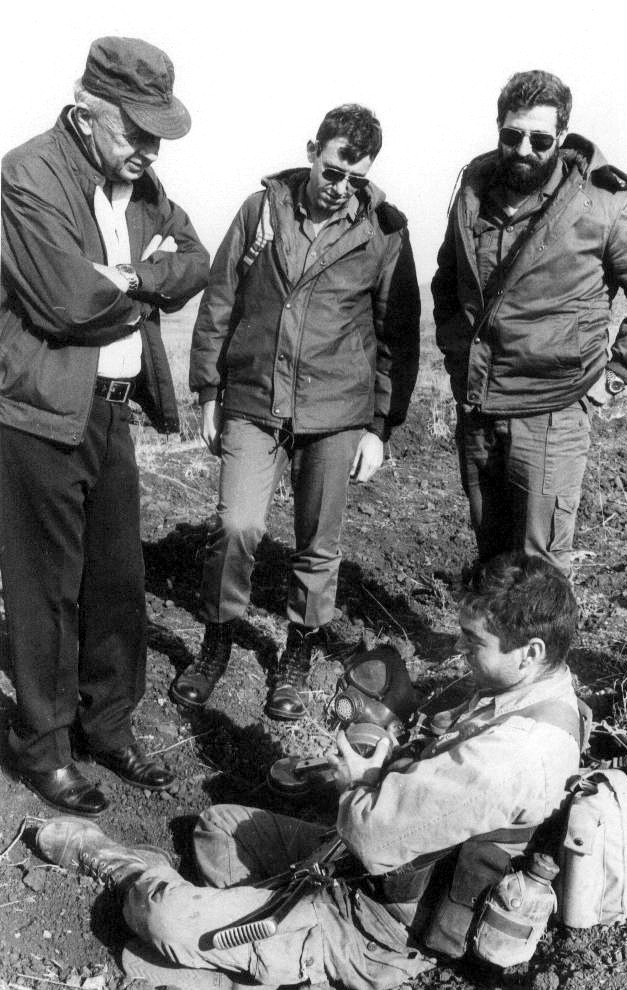 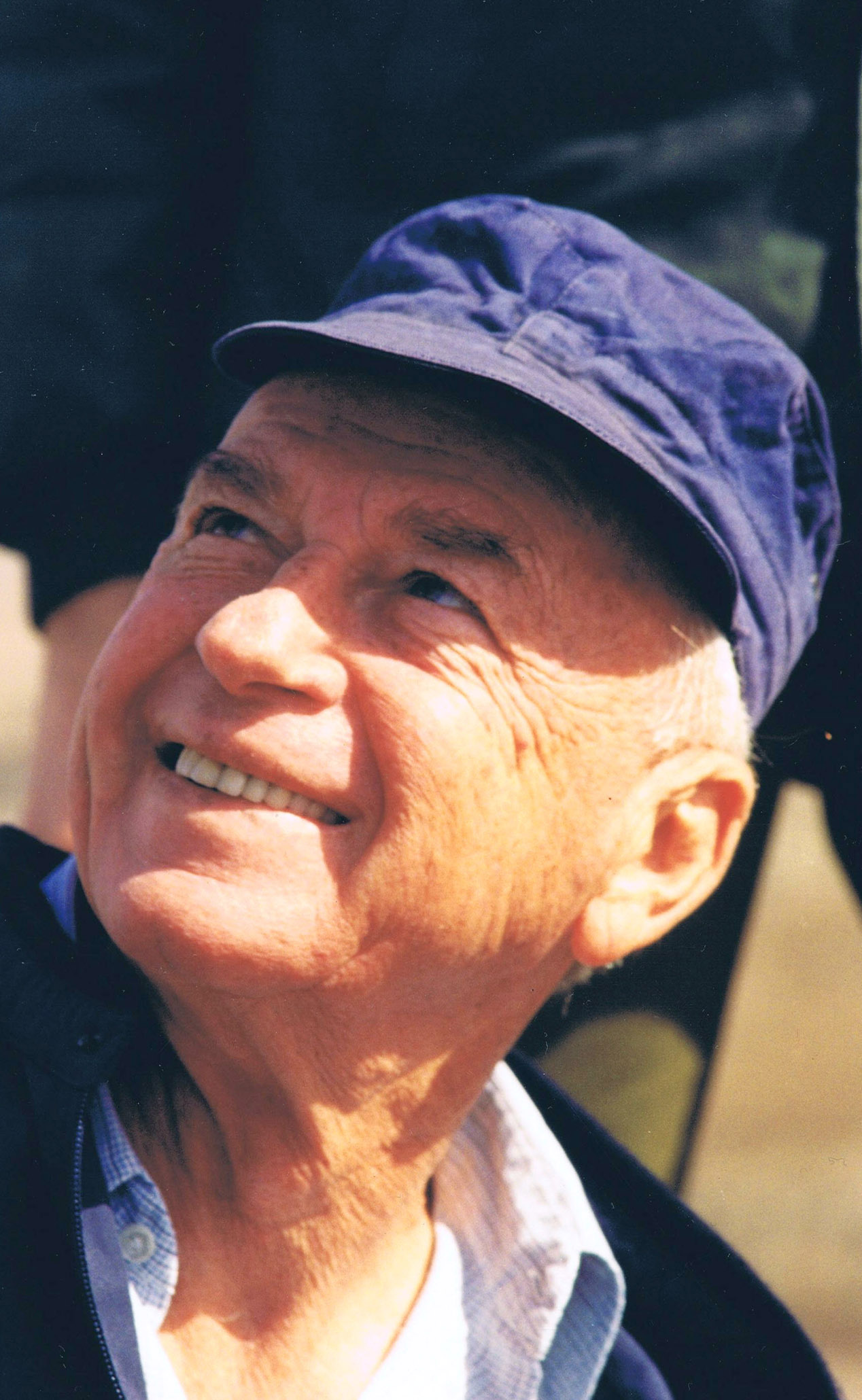 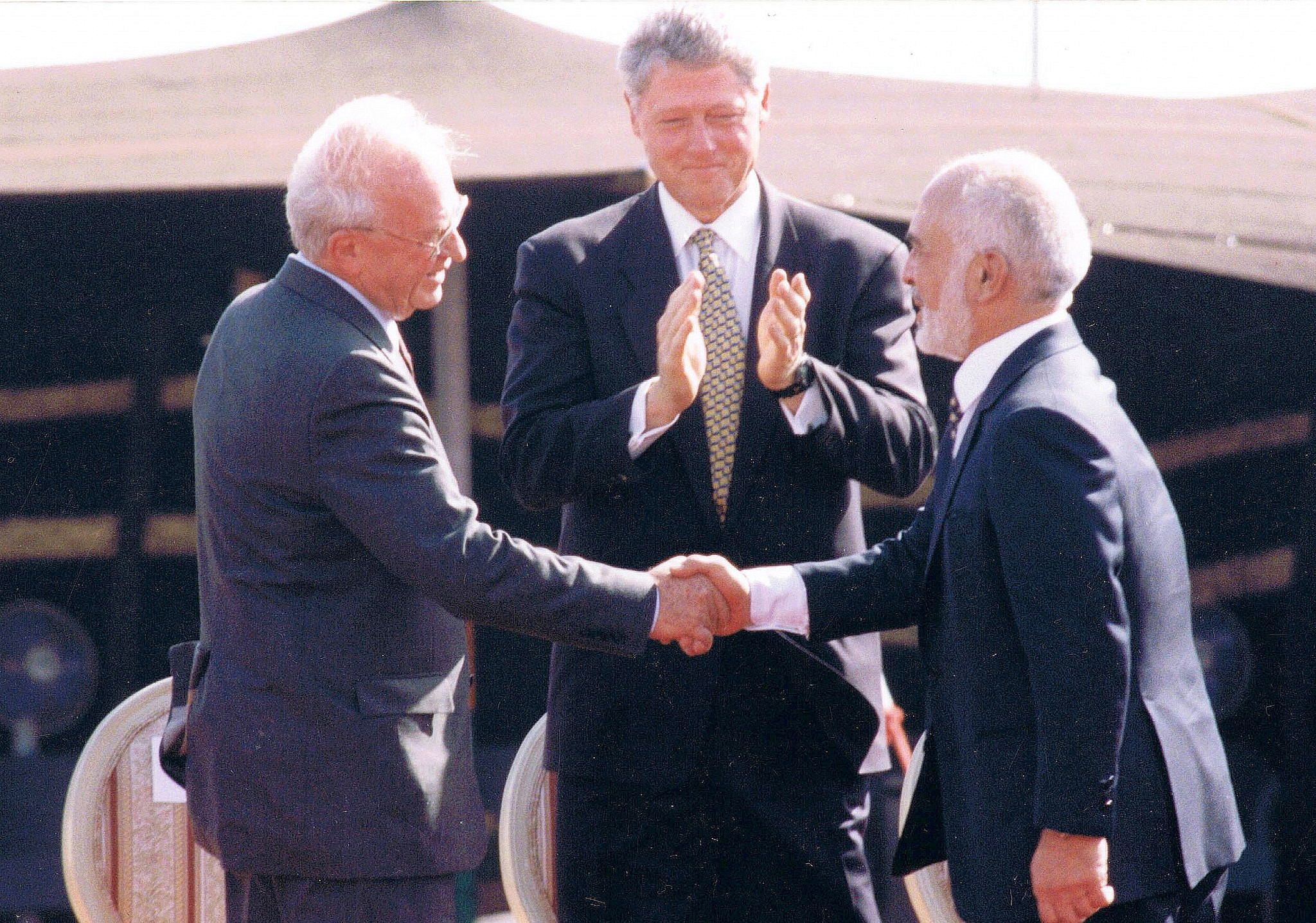 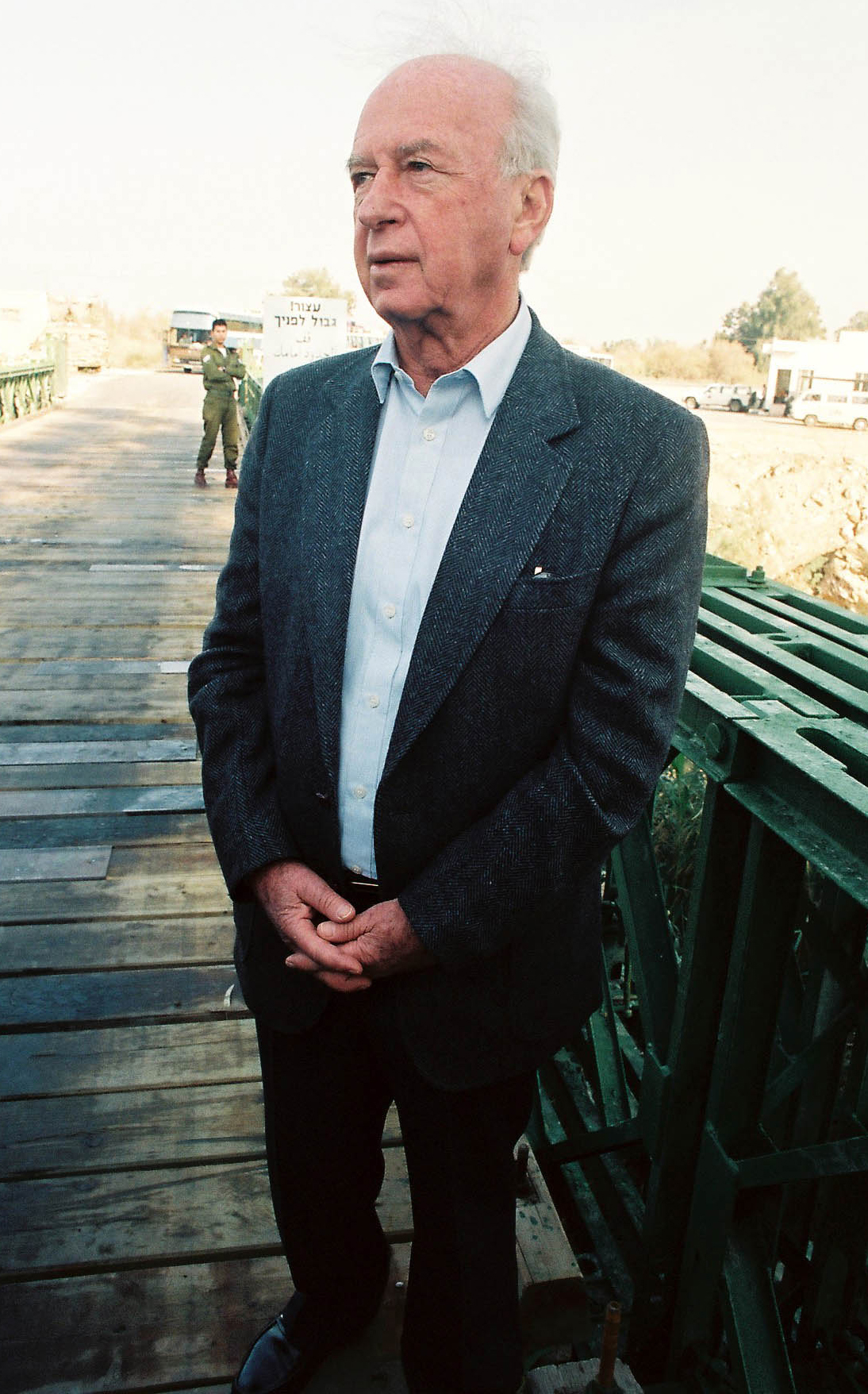 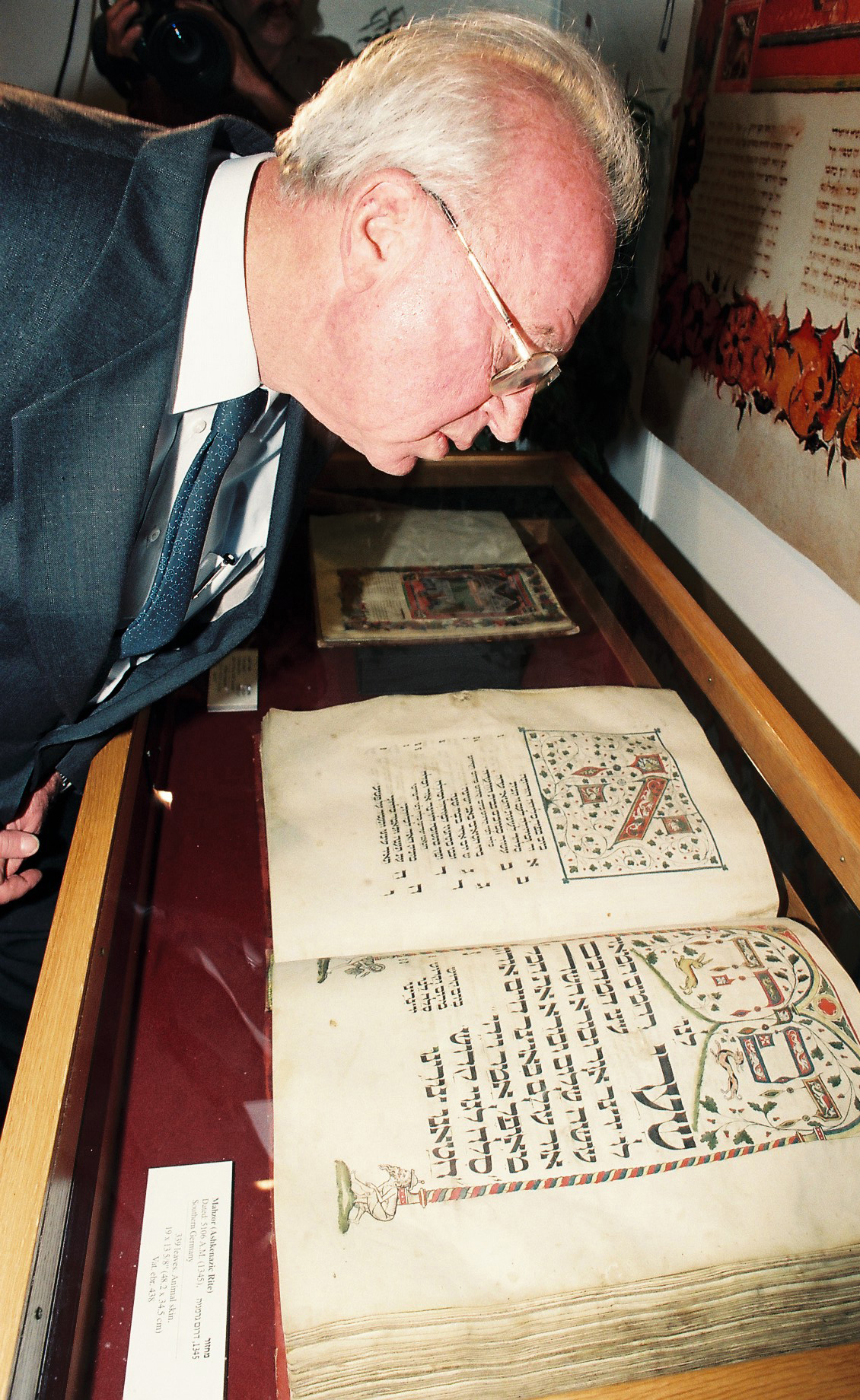 Prime Minister looks at a mahzor from the 14th century at the international book fair in Jerusalem in 1995.
Photo: Ariel Jerozolimski 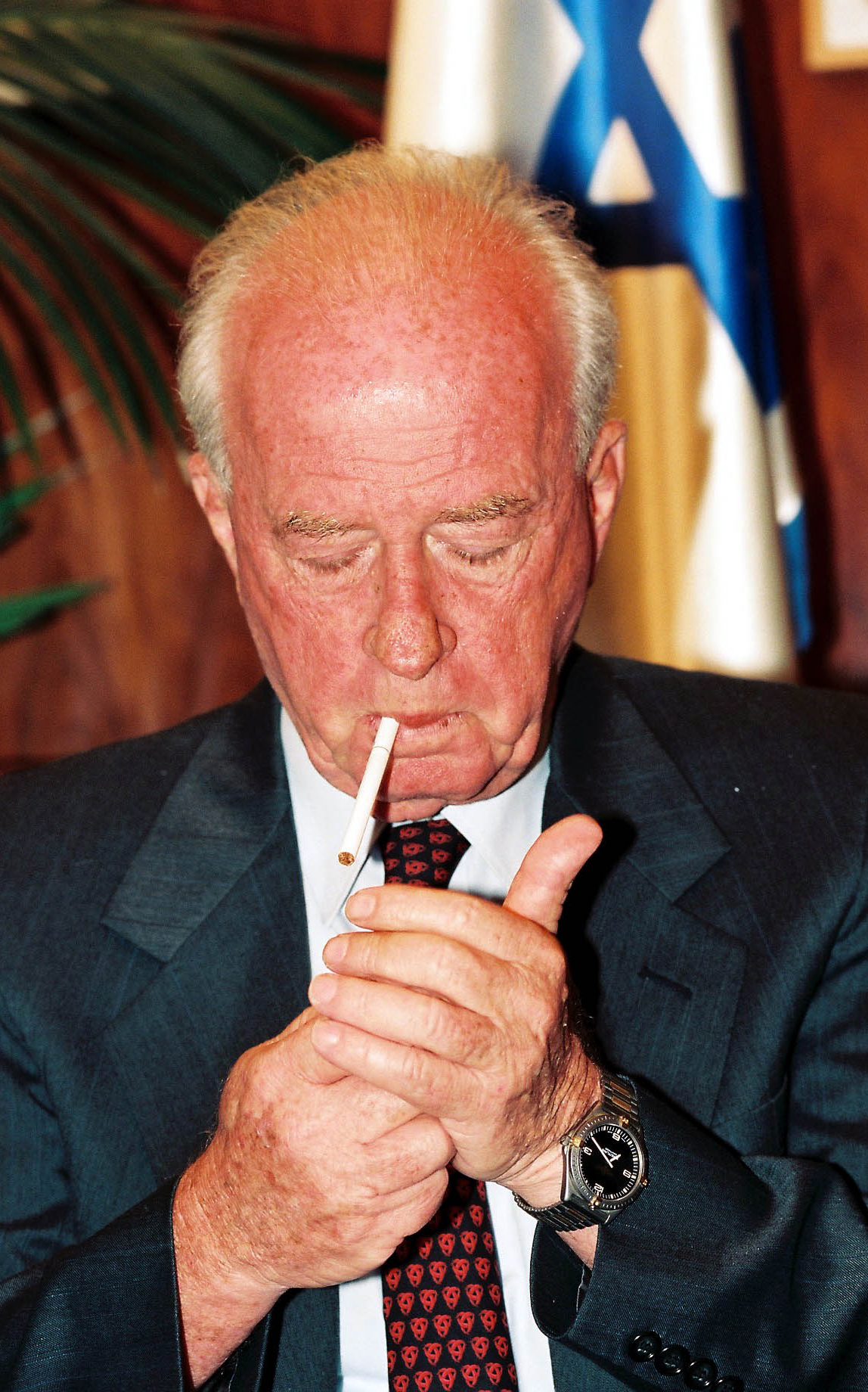 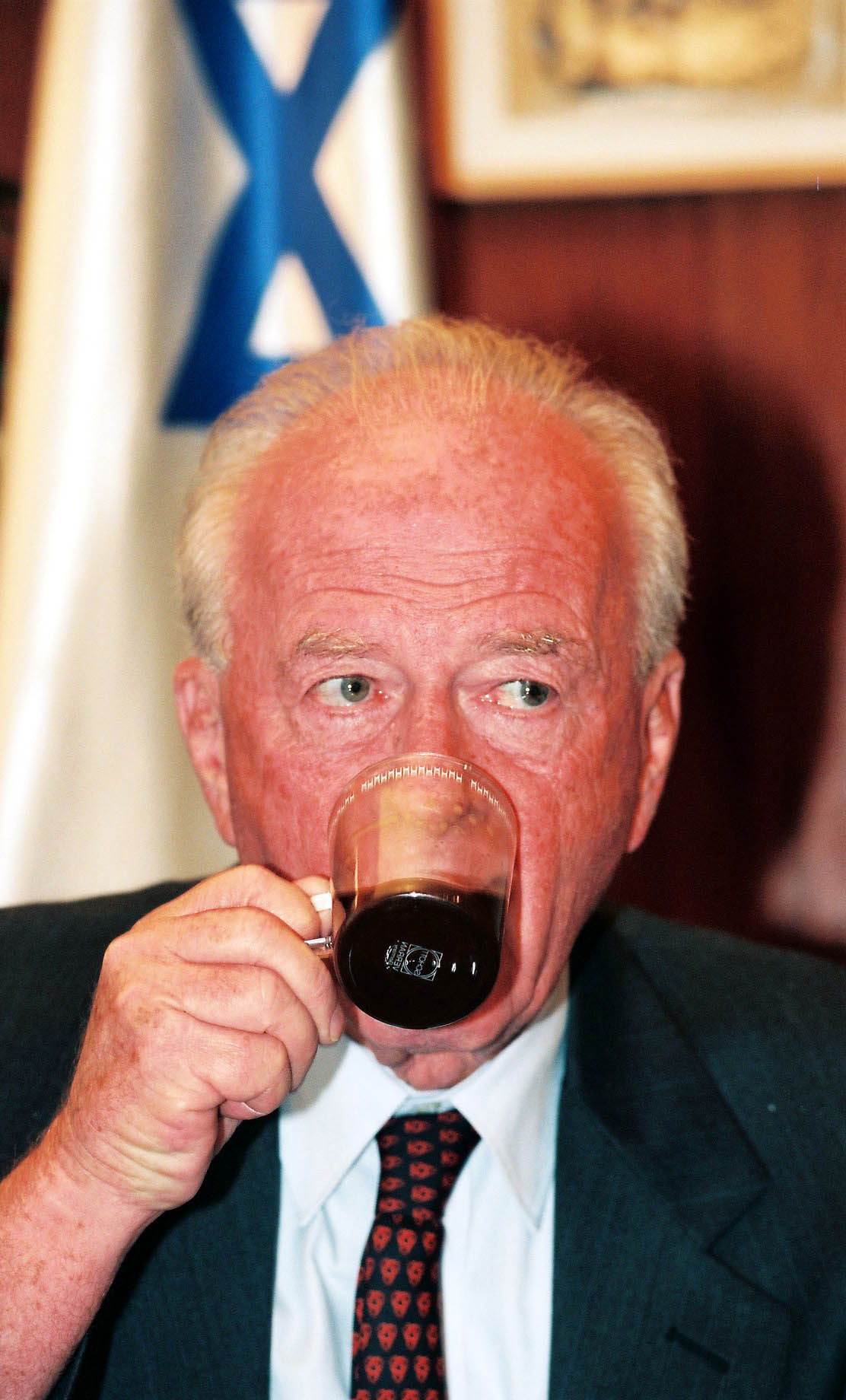 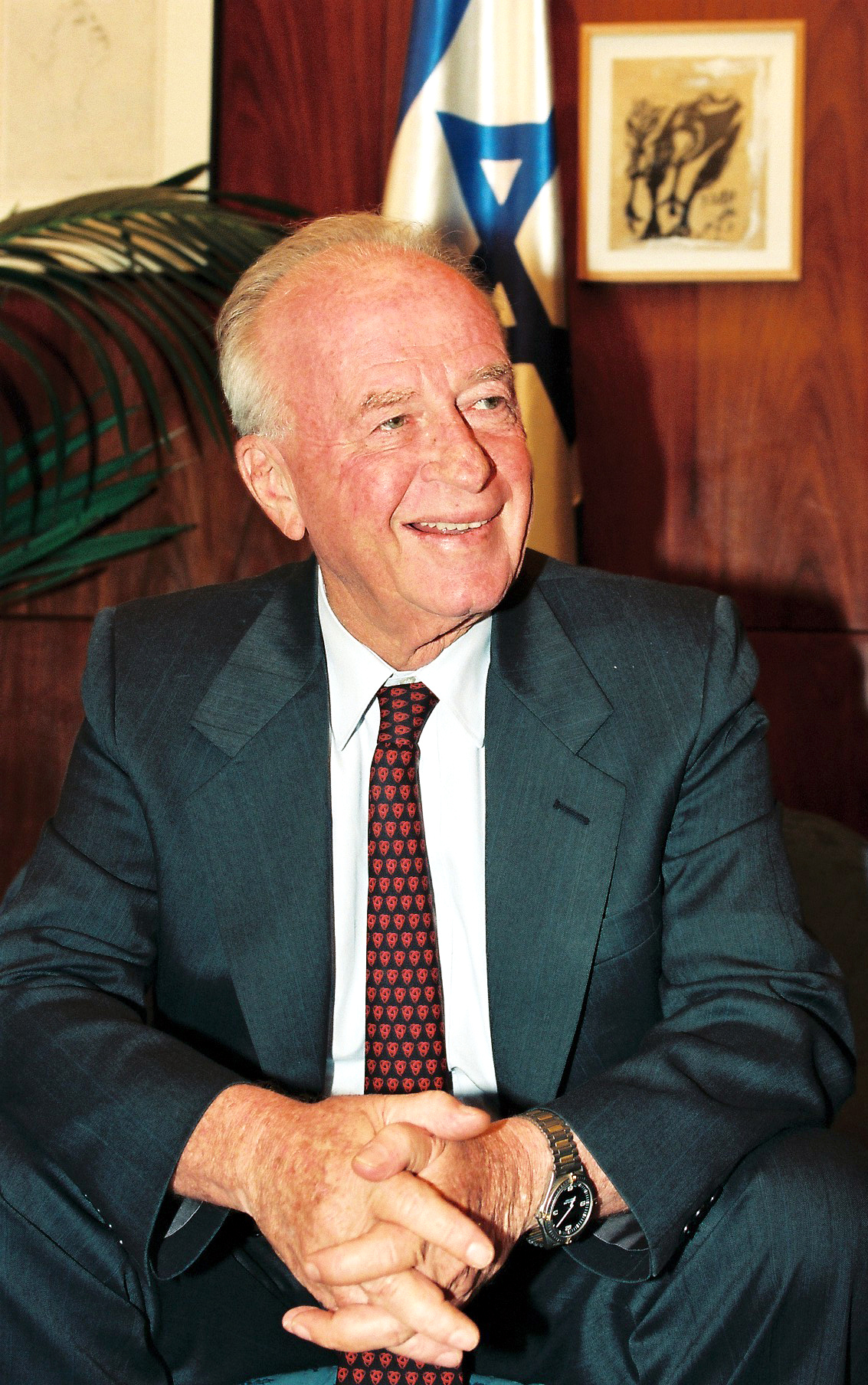 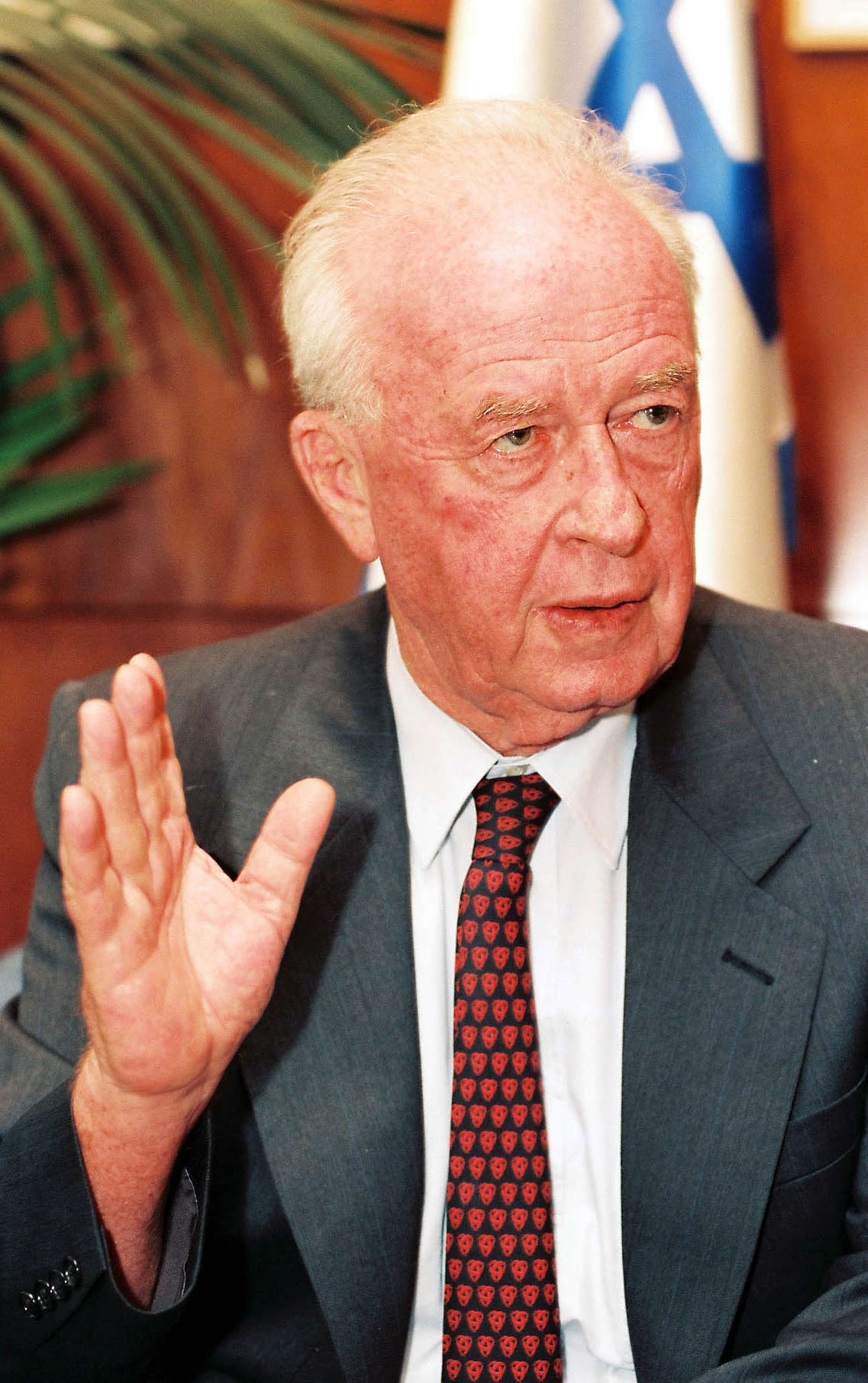 Prime Minister Yitzhak Rabin during an interview at his office in Jerusalem. 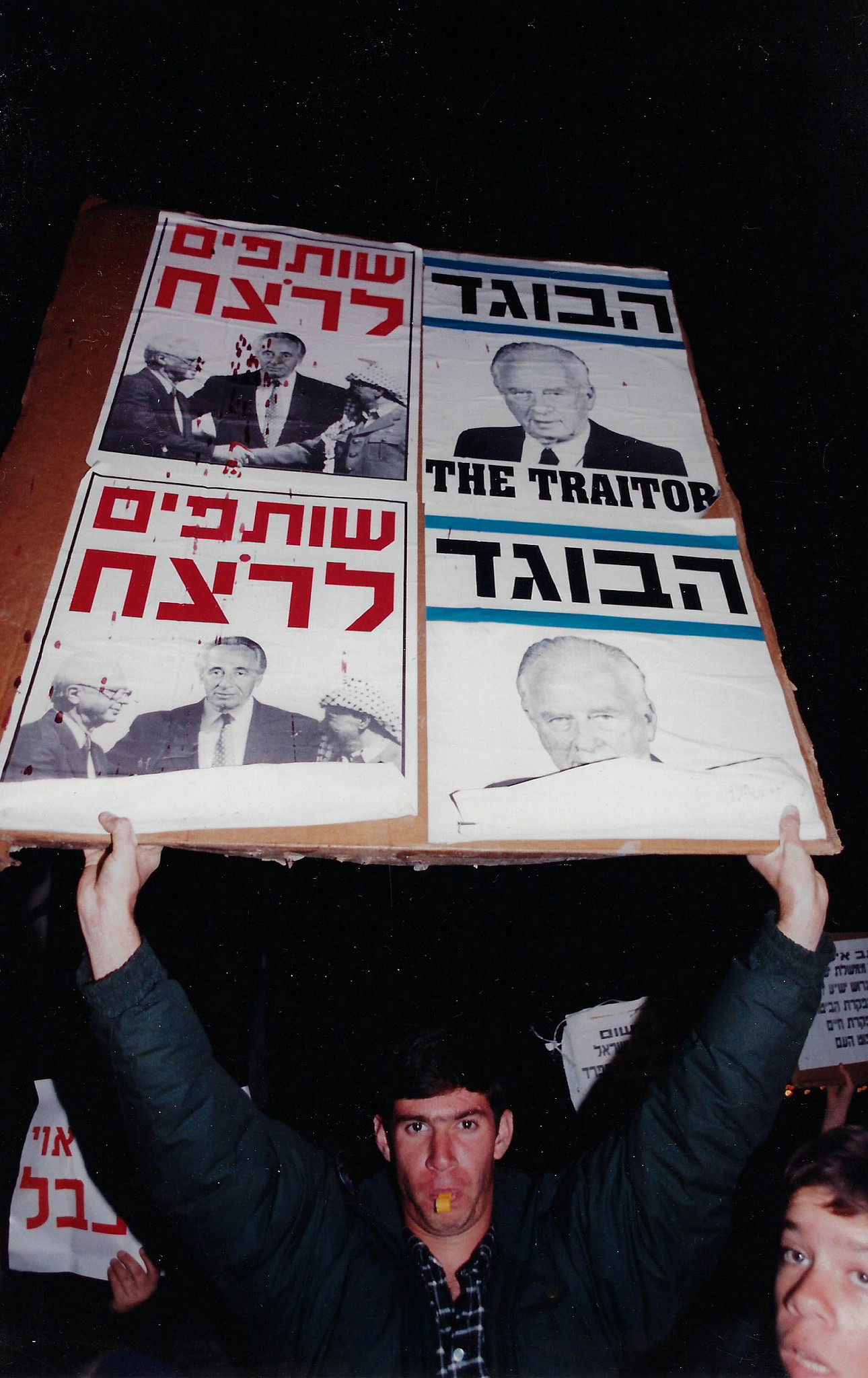 A demonstrator against Rabin holds a sign calling him a traitor during a demonstration in Jerusalem in 1993.
Photo: Ariel Jerozolimski 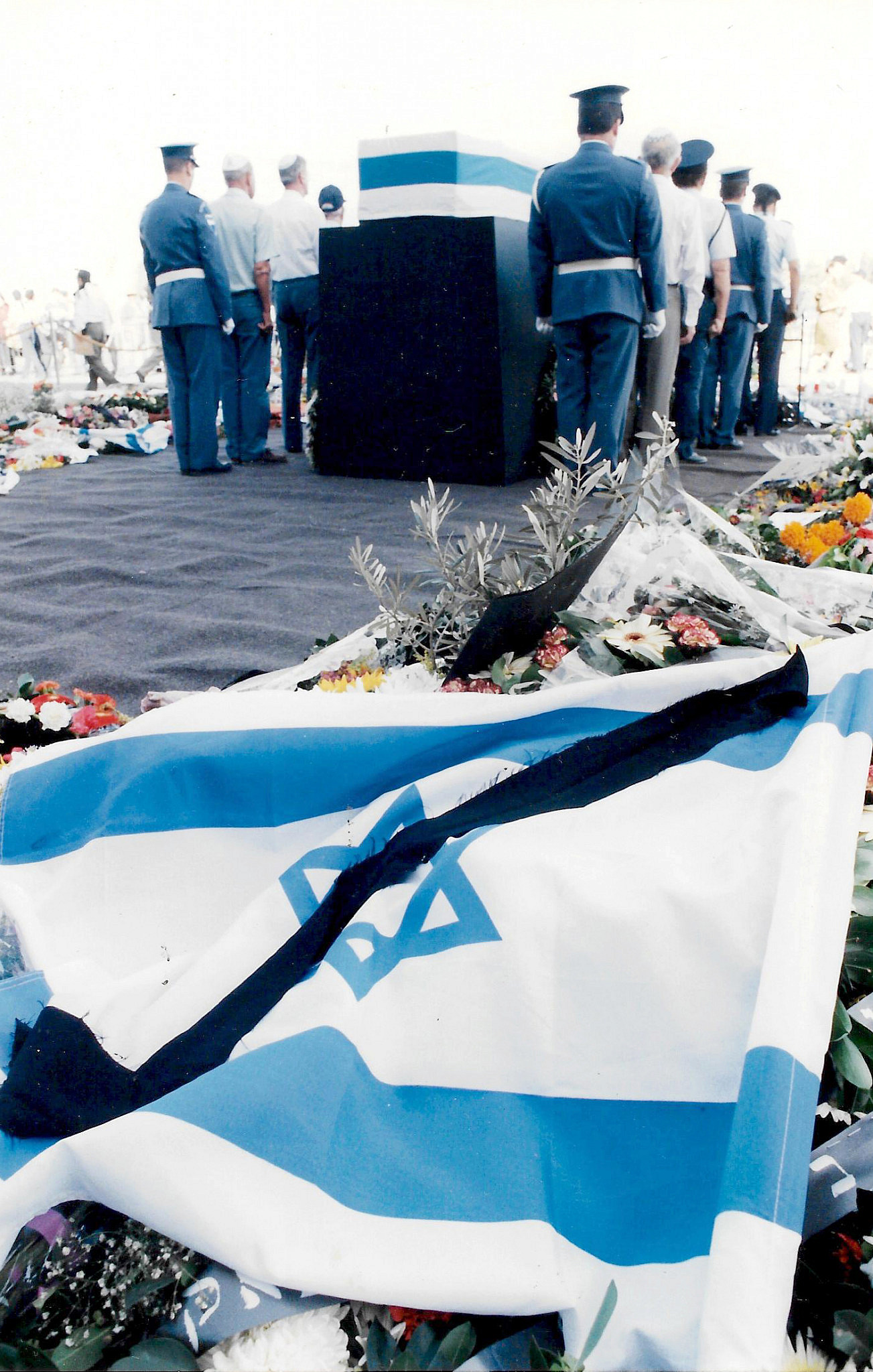 Kneeset honor guards and citizens stand next to Rabin’s coffin at the Knesset before his funeral in Mount Herzl in Jerusalem on November 6th., 1995.
Photo:Ariel Jerozolimski 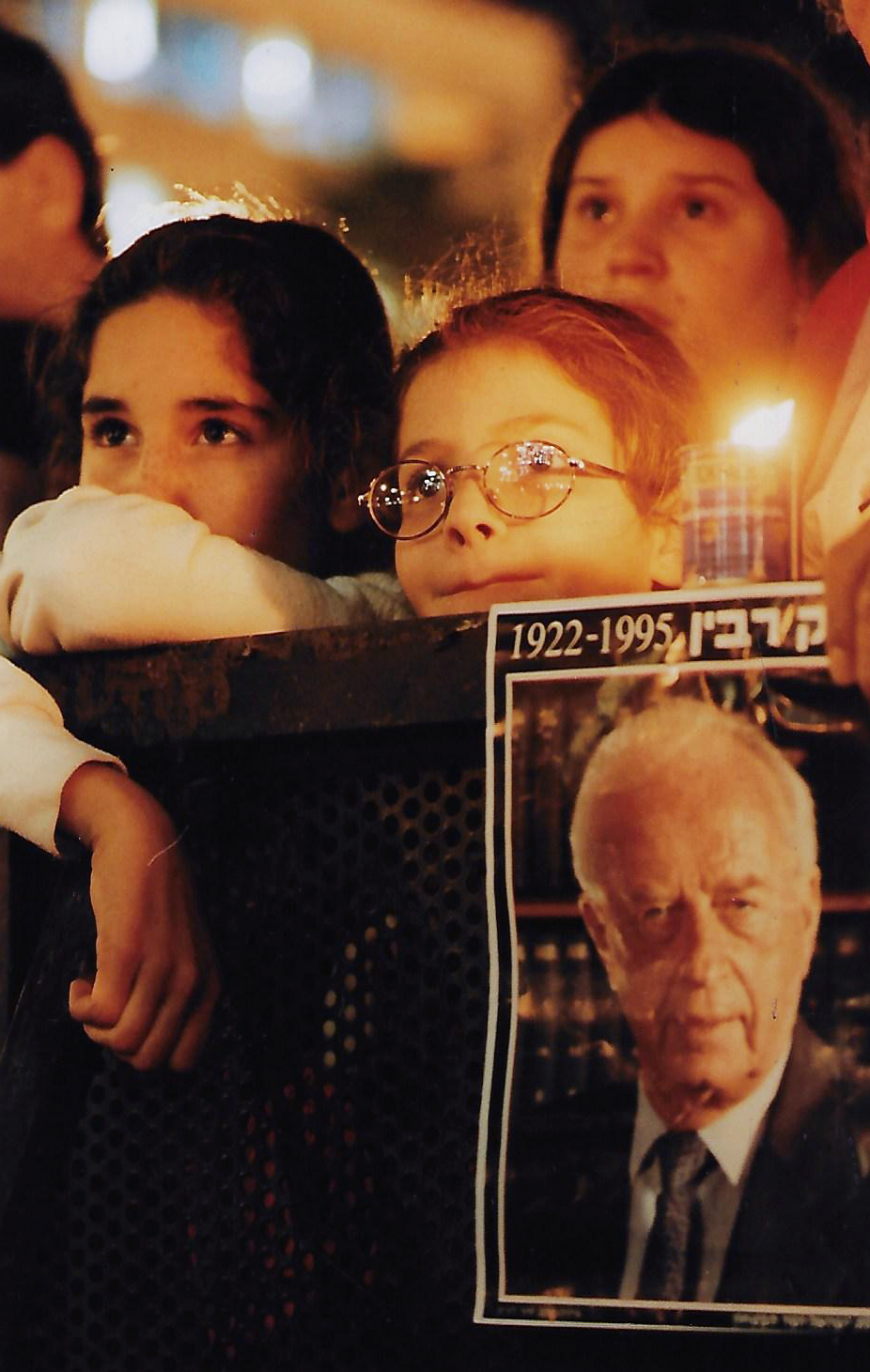 Memorial ceremony for Yitzhak Rabin at Rabin’s square in Tel Aviv one week after the murder.
Photo: Ariel Jerozolimski