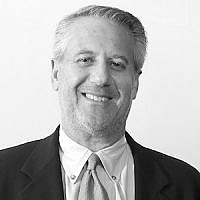 In my 20 years as a congregational rabbi, I heard it so many times. Passionate but non-Orthodox Jews would say, “The Orthodox treat me as if I’m not even Jewish. They look down on me. They think they’re so much better than I am. They are so closed, so scared to relate to the outside world.” And, from Orthodox Jews, I often heard, “Liberal Jews care more about non-Jews than about Jews. They spend lots of time speaking with Muslims and Christians and others, but barely any time with their Judaism and with us, their extended family.

Rabbi Eliezar had this same experience 1,800 years ago. In placing teshuva at the center of our Jewish lives (see Sanhedrin 97b), he was addressing not just the Jews of 220 CE, but also the Jews of 2022. No matter what side of the religious fence we are on, we have a critical and compelling claim against the other. The other, as well, has a claim against us.

It’s true that Orthodox Jews often speak to and about the non-Orthodox in exceedingly critical, judgmental ways. Or, even worse, they simply ignore, dismiss their non-Orthodox cousins entirely. It’s demeaning. It causes liberal Jews to move away, to feel defensive. It hurts. It’s deeply painful.

The Orthodox world is also right. So very often liberal Jews spend way more time with Muslims, Christians or people of other religions and spiritual paths than with their own Judaism or fellow Jews. Secular Jews spend so little time and effort trying to learn and grow Jewishly. For Jews who make Judaism central in their lives – that’s painful. That hurts.

Hanukkah always falls in this season of reading about Joseph’s life. He’s hated by his brothers. וישנאו אותו״ — They hated him.” First, they consider killing Joseph and then decide to throw him into a pit. Many of us know the story. Some of us do not. Most of us, tragically, just ignore it. It’s maybe not a coincidence that the darkness of this Hanukkah season coincides with Torah readings about the internal dysfunction and demise of our nuclear family.

Joseph is completely abandoned, left to die by his brothers. Eventually, of course, he becomes the most powerful man in the world. When famine strikes and the brothers are sent to Egypt by father-Jacob, they enter the chamber of the world’s most powerful man. They approach him. Torah says it explicitly – לא הכירוהו – the brothers “didn’t recognize him”. What a profound and tragic moment in Jewish history. We don’t even recognize our own flesh and blood, our own sibling. We’re so distanced and cut off from each other. Our anger, hurt, pain is so intense, we can’t even recognize that we’re sitting next to our very own brother.

In the book of Daniel, chapter 7, Daniel describes a dream.

He sees four beasts: ‘Four mighty beasts different from each other emerged from the sea. . . These great beasts, four in number [mean] four kingdoms “kings” who will arise out of the earth . . .”

These 4 beasts are the kingdoms that have persecuted Jews throughout our history – Bavel, Persia, Greece, Rome. But, from our Jewish perspective, here’s the point. Our Sages have taught that the hatred and persecution of the 4 empires grew out of, arose from, the original hatred of Joseph’s brothers. Our greatest teachers have not focused our attention on antisemites who hate us, on the external hate, but on our internal, intra-Jewish division, derision and hate.

This 4th day of Hanukkah reminds us that Rabbi Eliezer was right. Teshuva is the answer to family dysfunction, pain and trauma. Every one of us has teshuva to do. If you’re an Orthodox Jew, our primary work is to set aside our judgment and open our hearts and homes to those Jews who are not Orthodox. If you’re a liberal Jew, our primary work is to invest, immerse ourselves more deeply and passionately into the rhythms, the experiences of Jewish life, to honor the widely shared value of putting family first.

How do we know that Rabbi Eliezer is right? Both sides, Orthodox and non-Orthodox, left and right, Ashkenazi and Sefaradi – they all are correct, and they all have a lot of teshuva to do. This week, this day of Hanukkah, give the gift of teshuvah.