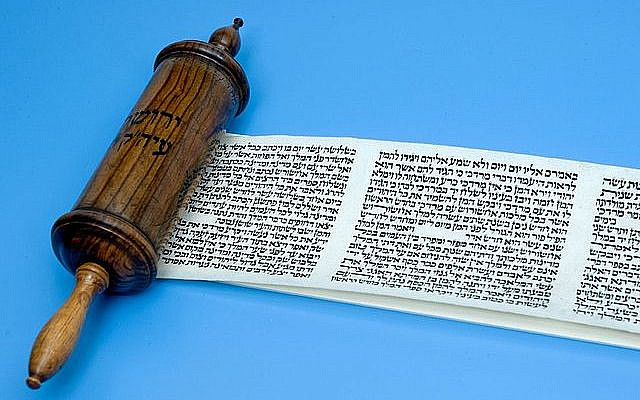 Purim is one of the most unique holidays in the entire Jewish calendar. And while we Jews say this about every holiday, we learn in the midrash (oral Torah) that “In the future, all the holidays will be nullified, and the days of Purim will never be nullified.” (Yalkut Shimoni, Mishlei, 944). That makes Purim pretty unique! (We’ll explore this a bit later.)

And, of course, there’s the strong role of food in the celebration of Purim. And while Purim is not the only Jewish holiday that has its traditional foods (Jewish holidays means it’s time to eat), Purim is unique in that it has specific mitzvot (commandments) that are directly related to food, specifically mishloach manot (gifts of food) and the mishte (festive meal).

This feature of Purim makes it a great time to talk about food and to bring more attention and awareness to our food choices and the impact that what we eat has on our world.

As an Orthodox Jew and vegan who is greatly inspired by thousands of years of Jewish teachings that promote animal welfare and environmental stewardship, I believe that making Purim a plant-based celebration more strongly aligns it with many of the essential ideas and lessons of Purim.

Here are five reasons why:

Purim is a day-long commemoration of our being saved from the hands of an evil ruler during our nation’s exile in Babylonia. What looked like certain destruction turned into salvation. Darkness transformed into light. A decree of death was overridden by a renewed chance at life.

How then can we celebrate this historic moment of Jewish freedom by eating animals that were confined and abused by an industrial system who views them not as the God-created creatures that they are but rather as objects devoid of feelings to be turned into products in order to make the greatest profit?

How can we adorn our Purim tables, around which we sit to celebrate our people’s redemption, with food that reflects some of the most horrid violence perpetrated by humans today?

The foods we eat on Purim and the foods we give to friends and strangers should reflect the Jewish values of compassion, care and concern as we thank God for being compassionate, caring and concerned about our welfare at the time of the Purim story.

2. Speaking up for what’s right

The mysterious unfolding of events in the Book of Esther, beginning with Vashti being killed and a Jewish woman named Esther being chosen to be the new queen, gains clarity after Haman’s deadly decree against the Jews is sealed by King Ahasuerus and Mordechai instructs Esther to go in front of the king and plead on behalf of her people.

But Esther is worried about approaching the king at a time when she has not been officially invited to stand before him. To this Mordechai responds, “Who knows? Perhaps this is the reason you became queen”, opening her eyes to the fact that her position of power uniquely enables her to speak up and save her people. She does exactly that and she goes down in Jewish history as a savior of her people.

The unique position of humans in Creation enables us to be the cruelest and the kindest of all creatures on Earth. The modern-day world of factory farming is one of the greatest evils of our time, contributing to human health issues, endless animal suffering and environmental destruction on levels unseen in previous generations.

But we have a voice. We have the ability to speak up and speak out. And we can find inspiration from the story of Purim to not remain silent or complacent in the face of injustice. We can use our unique ability to live on a level beyond instincts and choose compassion over cruelty when we decide what food choices we are going to make. And, like Esther, we can collectively go down in Jewish history as the generation who finally put an end to the decree of suffering against animals in the meat, dairy and egg industries

3. Esther’s diet in the king’s palace

As Jews, we’re always thinking about food and one of the big questions asked about Esther becoming queen and living in the palace of Ahasuerus is, “But what did she eat? How did she get kosher food?”

The Talmud teaches that Esther subsisted on nuts and seeds in the palace in order to not violate the laws of kashrut. In other words, Esther was vegan during her years as queen!

So too today, eating a vegan diet ensures that Jewish laws are not violated.

From confined living spaces to diets packed with antibiotics and hormones to forcibly impregnating cows and then separating calves from their mothers upon birth (so their milk can be collected and sold) to killing all male chicks shortly after birth, these industries violate the ancient laws of values of Judaism of showing compassion to animals and recognizing their inherent worth.

Purim takes place in the month of Adar, a time in which we are encouraged by Jewish tradition to increase the joy in our lives and in the world. Purim is the peak of this season of joy in the Jewish calendar and one of the ways we express this enhanced joy is by sharing gifts of food with others (mishloach manot), friends and strangers alike. The message embedded in this giving is that we care, that we love and that we want others to experience joy in their lives just as much as we want to experience joy in ours.

But how can we really experience joy and share joy through foods that are laden with the tears of the pain and suffering of animals caused by industries that breed them and raise them for human consumption without care or concern for their welfare or wel-lbeing?

We can beautify and elevate the tradition of mishloach manot by extending our care, our love and our desire to increase joy to animals as well. By giving plant-based foods on Purim we are sending the message that the welfare of animals is an important Jewish value and that our food choices should be based on the Jewish teachings of compassion and concern for all of God’s creatures.

5. Connecting to the future

Let’s return to the above idea that all Jewish holidays will be nullified in the future except for Purim.

The answer can be found in the fact that, according to the Jewish mystical tradition, although Purim is a holiday that is connected to an event of the past, its essence and deeper message is connected more to the future.

On Purim, in addition to hearing the Megillah, giving mishloach manot, giving matanot l’evyonim (tzedakah-money), and having a festive meal, we are specifically commanded to get intoxicated (as in full-on drunk) until we reach the point where we no longer have the mental capacity or clarity to tell the difference between the two phrases: “Cursed is Haman” and “Blessed is Mordechai”.

Not being able to tell the difference between these two statements means transcending our everyday reality and perception of a world based on duality- good and evil, right and wrong, you and me- and reaching a heightened spiritual consciousness in which we realize that no duality exists, all is an expression of the one God, all is good, and everything that happens happens for a reason.

According to Jewish tradition, this is how life in the future will be and the unique energy of Purim allows us to temporarily experience it, specifically through intoxication since our everyday minds and perception cannot achieve this heightened and elevated level of consciousness.

And since Purim is essentially about a future time in which humanity has reached its spiritual goals, let’s talk about what the diet of that future world will look like.

Commenting on the fact that the original diet given to humanity by God was completely vegan (Genesis 1:29), Rav Avraham Yitzchak HaKohen Kook, the first Chief Rabbi of pre-state Israel, wrote:

“Is it possible to conceive that a highly valued moral virtue, which had already existed as a part of the human legacy, should be lost forever? It was already established…that the very same permission to eat meat, granted after the Flood, was not intended to be the actual practice for all time, for how is it possible for a lofty and enlightened moral condition, once instituted, to vanish (as though it had never been)? And certainly, when this noble vision is fulfilled…then humanity will no longer be able to in any way brandish its sword over animal life, but they will dwell in safety together, and savor the splendor of life.”

So if Purim is about accessing the future and that future will be plant-based, then it makes perfect sense to make this Purim a plant-based Purim to more deeply connect to and experience the future to come. And consciously choosing to eat in a way that expresses Jewish values of compassion, care and concern for all living beings can help bring that future time more quickly.

Speedily in our days.

To learn more about the Jewish support of compassion for animals and veganism, contact me via my website at www.akivagersh.com/veganrabbi or through my Instagram page at www.instagram.com/veganrabbi