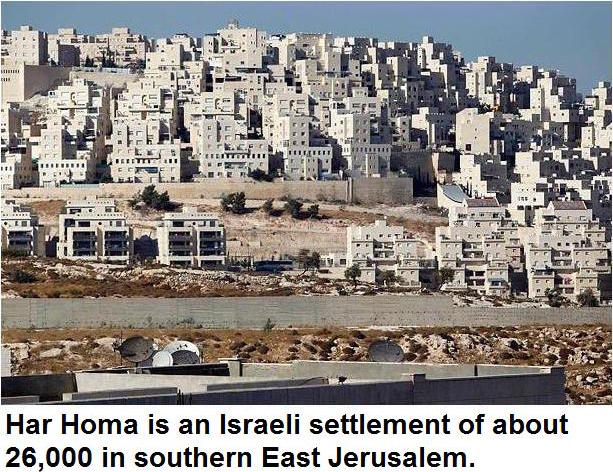 On the night of March 11, one or more Palestinians climbed a fence surrounding the Jewish West Bank town of Itamar in the high mountains near the Palestinian communities of Beit Furik, Awarta and Khirbat Al Yanoon. They broke into the home of Udi and Ruth Fogel, and stabbed the couple to death. They then stabbed to death three of the couple’s five children, ages, 11, 4, and 3 months. Their other two children were staying elsewhere that night. 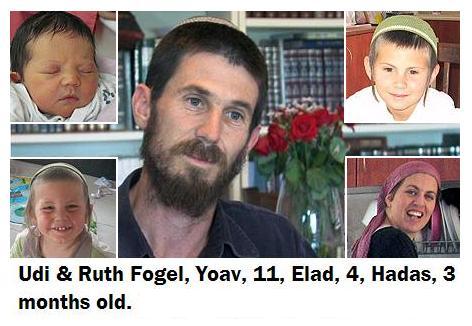 Although the attack was shocking and horrific, you may not have heard about this. It was not widely reported. And when it was reported, stories on the crime often focused on the hotly debated issue of Jewish settlements in the West Bank.

The most callous treatment of the murders was served up by the BBC. While the news cycle rolled on, and other media outlets fixated on Israel’s approval for new construction in existing Israeli settlements, many of these outlets at least reported the attack, even if the reports ultimately became part of a story relating to settlements.

But not the BBC.

Continuing to fixate on the settlement issue above all other matters relating to the Israeli-Palestinian Conflict, the BBC buried the massacre.

The BBC did not devote any dedicated reporting to the murders. Instead, the BBC mentioned the murders in a story titled “Israel approves new settler homes.” Discussion of homes for settlers took up ninety five percent of the report.  The story of the Fogel family murders consisted of 16 words.

For many decades, western media have been shying away from any reporting that might shine a bad light on Palestinians. At the same time, western media often vilifies Israel without restraint.

The BBC website eventually mentioned the massacre in a separate story, and reported that the attack “has shocked many Palestinians.” However, true to the BBC’s agenda, it failed to report that Hamas issued an official announcement that called the attack a “heroic operation,” or that Gazans handed out sweets and candies in celebration.

Of course, one can always count on Fox News and a few rightwing Israeli media outlets to do precisely the opposite, by justifying every official Israeli policy or action by Israel’s government, and serving up reports on the conflict unfettered by any mention of the dreadful economic and political plight of Palestinians in Gaza and, to a somewhat lesser extent, in the West Bank.

Fighting skewed and biased reporting with more bad reporting is not the answer, especially with a political hot potato as complex as the issue of Israelis living in territory that is likely to become the independent State of Palestine.

The issue of Jewish settlements has been reduced to a black and white debate, with one side insisting that Jews have no right whatsoever to build settlements in the West Bank, and the other claiming that it is a right without limits.

Such binary discourse will continue to block any authentic movement towards a reasonable compromise.  As such, the issue of Jewish settlements is a matter that can only be solved by acknowledging every facet of the issue from both sides.

As one might expect, Palestinian public opinion opposes Israeli military and settler presence on the West Bank as a violation of their right to statehood and sovereignty. Because Palestinians have framed the discussion, world opinion apes the Palestinian position.

In the context of wanting to form an independent state, this position is mostly but not entirely unreasonable.

The problem is that this flies in the face of Jewish history.

Jews have lived in Judea and Samaria, the West Bank, since ancient times. The only time in millennia that the West Bank had no Jewish presence was from 1948 to 1967, when Jordan dismantled all Jewish communities from the region and expelled all Jews.

(There’s a term for the cleansing of an entire ethnic group from a region. But modern political discourse seems to prohibit its application to the forced removal of a 3,000 year old population from the very cradle of Jewish civilization.)

This action led to the desecration of a number of Judaism’s most sacred sites.

Since its establishment, the State of Israel has been badly disappointed by agreements transferring responsibility for Jewish holy places to neighboring Arab or Palestinian rule.

On April 3, 1949, Israel signed an armistice with Jordan. According to Paragraph 8, Article 2 of the agreement, Jordan was to allow Israel “free access to the Holy Places and cultural institutions and use of the cemetery on the Mount of Olives.” 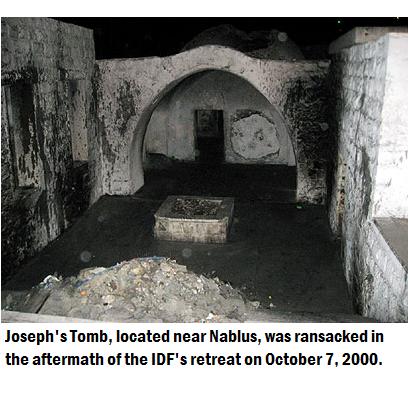 In practice, not only could Jews not visit the graves of their loved ones on the Mount of Olives, but the site was desecrated. Headstones of Jewish graves were shattered and some were used as paving stones or in construction.

Jordan did not allow Jews free access to their holy places, and for 19 years, until 1967, Jews could not go to the Western Wall, Rachel’s Tomb, the Tomb of the Patriarchs in Hebron, Joseph’s Tomb in Shechem (Nablus), or other sites sacred to Jews which remained in Jordanian hands. 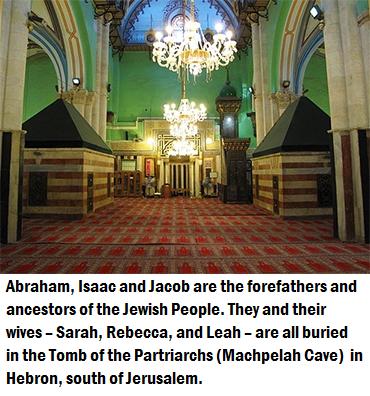 This Jordanian action was even contrary to the Mandate for Palestine adopted by the League of Nations, which provided for the establishment of a Jewish state, and specifically encouraged “close settlement by Jews on the land.”

However, not all settlements are created equal.

Unauthorized or illegal Israeli settlements have sprung up in the West Bank, constructed without the required government authorization and in direct conflict with of Israeli laws that regulate planning and construction. Such an outpost is called a ma’ahaz, Hebrew for [a] “handhold.”

Although Israeli law distinguishes between an authorized settlement and a ma’ahaz, international law does not.

These outposts appeared after Oslo 1, when the Israeli government made commitments to freeze new settlement construction.

According to the 2005 Sasson Report, commissioned by then Prime Minister Sharon several Israeli rightwing politicians and even some government bodies played a major role in establishing and developing them, even though they weren’t officially supported by the government.

About a hundred of these outposts exist. The majority of them belong to the Amana movement.

A few years ago Amana showed that they might be immune to Israeli legal action.

Amana is a cooperative society headed by the legendary Ze’ev (‘Zambish’) Hever, 59, one of the leaders of the outpost efforts in the West Bank and a member of the Jewish Underground, a militant terrorist organization that operated in the West Bank in the 1980s. 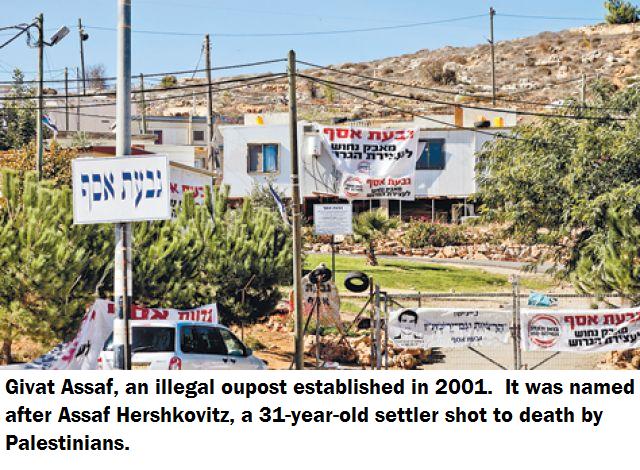 According to its mandate and the order of priorities it has set for itself, the Civil Administration is supposed to demolish these new structures.

Don’t hold your breath waiting for the new homes to be razed.

The homes in Mitzpeh Danny are being built according to one of Amana’s three basic models: When you’re building the Land of Israel, you don’t get caught up in architectural niceties.

There are two types of settler outposts in the territories: those which exist under Hever’s auspices – and under what appears to be full protection from the law – and all the others.

Civil Administration inspectors drop in for visits at Hever’s outposts to deliver demolition orders, which doesn’t bother the settlers much. Construction continues unabated and stops only by order of the Supreme Court, if they are ever issued.

That’s how the system works, thanks to Hever’s close and extensive ties with state authorities. For example, even though he devotes himself to illegal construction, he already met twice with then-Justice Minister Tzipi Livni.

In contrast, outposts not under Hever’s protection are constantly subjected to demolition and repeated visits by the police. Even if one conceded that these outposts are illegal even in the Israeli legal system, the 800 lb. gorilla in the discussion is one question:

Are all Jewish settlements in the West Bank illegal?

Numerous legal authorities dispute the charge that settlements are “illegal.” Stephen Schwebel, former President of the International Court of Justice, notes that a country acting in self-defense may seize and occupy territory when necessary to protect itself.

Schwebel also observes that a state may require, as a condition for its withdrawal, security measures designed to ensure its citizens are not menaced again from that territory.

According to Eugene Rostow, a former Undersecretary of State for Political Affairs in the Johnson Administration, Resolution 242 gives Israel a legal right to be in the West Bank. The resolution, Rostow noted, “allows Israel to administer the territories” it won in 1967 “until ‘a just and lasting peace in the Middle East’ is achieved.”

The presence of many Jewish outposts and even some legal [by Israeli law] settlements often make a difficult life even more difficult for Palestinians living near them. Outpost settlers have earned a reputation for aggressive and often violent behavior directed at their Arab neighbors. And this stains the perception of all Jews living in the territory.

Legal settlements rarely have a negative impact on the region, and sometimes even enhance the economics of their neighborhoods.  And a number of Israeli and Palestinian families in the West Bank have built bridges of cooperation and friendship.

While few things in the contentious debate on settlements can legitimately be deemed certain, one thing is: Both sides in the settlement issue have legitimate concerns.

As such, validating one side by invalidating the other is pointless and dishonest.  Both sides will have to compromise if there is ever to be a solution to the issue. About the Author
Mark Ira Kaufman majored in physics. He later worked as a studio musician for many years before turning to writing. He has been published in The Plain Dealer, The Beacon Journal, The Jerusalem Post, and Midstream Magazine. He also was writer and editor of The Mark Ira Kaufman Journal.
Comments