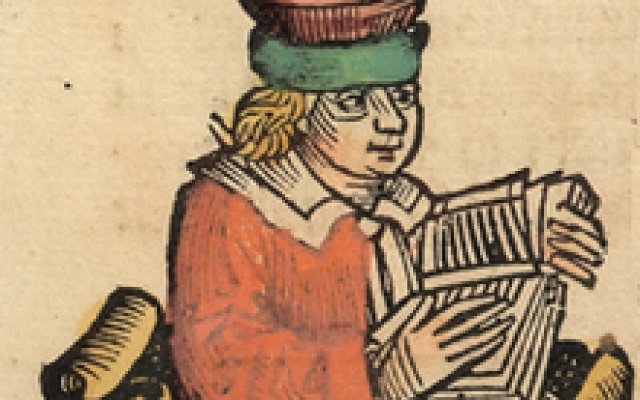 “In the beginning, God created the heavens and the earth…”

This familiar pasuk opens the Five Books of Moses and introduces the account of the Creation.

On the first day of the six days of Creation, the first splash of Matter in the Kosmos is Formless: ‘תהו ובהו’. Among other concepts, I will explain in this post how the Formless ‘תהו ובהו’ turns into Formed Matter through the Logos or logic.

Enter Philo of Alexandria or Philo Judaeus (c. 20-10 BCE – c. 50-45 CE). Known to his observant Jewish family, living in Roman-occupied Egypt, as Jedediah HaCohen, this scholar of the Septuagint held, like all of the rabbinical minds of his day, that Moses was the divinely-inspired, sole author of the first five books of the Bible.

Philo’s hermeneutics would not make sense without a dual understanding of the metaphysical branch of Plato’s Academy. In his ‘Treatise on the Account of the Creation of the World, as Given by Moses,’ Philo writes that the world that is perceivable to us, that is to our senses, is but an image, a mere shadowy representation of the world of perfect, true, or Ideal Forms where God’s actual Creation is located, unknowable to us and our mortal wits. Our world is full of abstract objects that are but representations of Ideal Form. A ‘bicycle’ is not quite a bicycle. We only call it such because it possesses the abstract qualities of one: ‘bikeness’. A ‘car’, according to our sensory reasoning is but ‘carness’. While, according to Philo, the world is not sensible to us, it can be grasped by a higher intellect, when the mind is trained in meditation. “We must mention as much as we can of the matters contained in his [Moses’] account, since to enumerate them all is impossible; for he embraces that beautiful world which is perceptible only by the intellect, as the account of the first day will show…” writes Philo in his Treatise. Accordingly, the Creation which we perceive is but an “imitation” of the secret and concealed world of the true Creation, which exists within our “intellect”. This world of Ideal Forms is perfect, that is to say the objects therein are formed in complete perfection and God is simple goodness, united in the world of Ideal Forms:

…for God, as apprehending beforehand, as a God must do, that there could not exist a good imitation without a good model, and that of the things perceptible to the external senses nothing could be faultless which wax not fashioned with reference to some archetypal idea conceived by the intellect, when he had determined to create this visible world, previously formed that one which is perceptible only by the intellect, in order that so using an incorporeal model formed as far as possible on the image of God, he might then make this corporeal world, a younger likeness of the elder creation, which should embrace as many different genera perceptible to the external senses, as the other world contains of those which are visible only to the intellect.

Another reason the ephemeral, material Creation cannot behold the eternal, Ideal Creation in heaven is on account of the beauty of the original Form. Philo writes, “Accordingly no one, whether poet or historian, could ever give expression in an adequate manner to the beauty of his ideas respecting the creation of the world; for they surpass all the power of language, and amaze our hearing, being too great and venerable to be adapted to the sense of any created being.”

However, there is an exception:

“And God called the expanse, Heaven…”

In the next piece of exegesis, Philo explains how, while the world of Ideal Forms is impossible for the Creation itself to behold (as we have above stated),  we nevertheless consider our intellect as a transport to the heavens. (Remember Matter is given Form through logic or the Logos to the Kosmos). He goes so far as to say that the mind is heaven. Philo writes, “…[S]peaking symbolically, [Moses] calls the mind heaven, since the natures which can only be comprehended by the intellect are in heaven. And sensation he calls earth, because it is sensation which has obtained a corporeal and somewhat earthy constitution.”

As mentioned already, God doesn’t just create the Kosmos (σύμπαν) alone, thought Philo. He is constantly creating ever-changing Forms through the Logos (λογότυπα) or logic, using the unchangeable world of Ideal Forms as a blueprint. The Logos are the closest thing to the Godhead, Itself (demiurge).

As mentioned, Philo’s theology is a derivative of the metaphysical philosophy of Plato. After Philo’s day, the Tannaim of the Mishna in Eretz Israel, as well as some of the Amorim of the Gemarra in Babylonia, held that there was a strict prohibition against learning Greek wisdom and philosophy. In later years, some of the Gaonim of Spain held that, to the contrary, there was much value in the study of the ‘wise men of Greece’. And so, in the tradition of the first-century Hellenistic school at Alexandria, we also find the amalgamation of paidea and monotheistic religion in other tacks along the rails of history. Pioneering Christian theologian, Augustine of Hippo (354 CE – 430 CE), wrote a chapter on Neoplatonism in his Confessions, and take for example Avicenna the Muslim scholar (980 CE – 1037 CE) and Avicebron the Jewish scholar (c. 1021-22 CE – c. 1050-70 CE), who knew well the metaphysics of both Plato and Aristotle.

But to understand where Philo was coming from with his account of the Creation, in terms of his history of Ideal Forms, we turn to Plato’s ‘middle dialogues’: first to the dialogue known as Phaedo, in which the interlocutors, some miscellaneous characters, plus Socrates and Phaedo, really focus on the afterlife and the eternity of the soul. Then we turn to, moving along in chronological order, The Republic, especially chapters five through seven, and namely the ‘allegory of the cave‘. Finally, we are convinced that Philo Judaeus must have consulted another dialogue, the ‘Timaeus‘, which was frequently taught in later years in Neoplatonist circles by the likes of Plotinus (205 CE – 270 CE), another Alexandrian (however, a gentile) who was a transplant in Rome.

Why did the Jews of the region seek a Hellenistic bent in their culture and theology? It sprang from circumstance. The Alexandrian Greeks were enraged at the Jewish population over their mixing with the regional leadership of the Roman Empire—an instance of pure anti-Semitism—for what was the Jewish population of Alexandria to do in the face of occupation by a mightier force? The Greeks’ complaint only served to temporarily drown-out and not to effectually subdue the Jews’ initial efforts: pushing for independence from the Roman Empire in Judea. The theology behind Philo’s abstract Godhead and Creation theory is a direct, sort of riposte to the Greek pogroms in Alexandria, in which the Jews of the region wouldn’t dear subscribe to pro-Temple Judaism in public, and especially wouldn’t show any Judean nationalism, under fear of the Roman authority. With enemies of both Greeks and Romans, a pure interpretation of rabbinical Judaism was impossible. The censorship and duress to assimilate into the Empire was too great. There was too much pressure to conform, or better, to adapt to the culture of the leadership, the science, philosophy and other categories of wisdom. This is what makes Hellenistic Judaism, Hellenistic. The traces of Plato and such in Philo’s exegesis on the Septuagint serve as a way to assimilate the old law of Moses into the new (classical) world. It was a defense shield against the occupying nations.