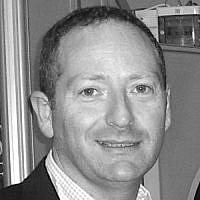 Living is a pretty expensive pastime and living in Tel Aviv is even more costly. Ranked as the number one most expensive city in Israel and, according to Mercer’s annual cost-of-living survey, the 18th most expensive city in the world. Only two places behind New York where the minimum hourly wage is the equivalent of around 35 new Israel Shekels compared to 25 NIS in Israel. This could be considered by some as a little insane.

So, with that in mind, here are 8 (not all foolproof) ways to live for free in Tel Aviv.

Coming soon, the seven deadly sins of living and working in Tel Aviv.

About the Author
By day, Michael takes photographs of anything and everything including Bar Mitzvahs, Bat Mitzvahs, Family Portraits, Wedding, Britot and Events. By night, self proclaimed connoisseur of good whiskey and writer for pleasure and kicks.
Comments