No doubt, Communism was paradise: for the humorists. The 1995 movie Underground is a good example. It’s the story of a crowd of Belgrade citizens kept in a cellar by a con man, an apparatchik who make them believe that WWII is not ended. They work all the time, producing weapons that their master sells to comrade Tito, profiting enormously. The con adds hours to the day so that they believe that only 15 years have passed from the beginning of the war, while in reality are 20. 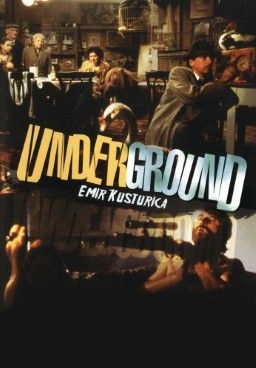 Emir Kusturica, the movie’s director, was a harsh critic of Communism, and of nationalism. He witnessed the horrors perpetrated by the followers of these two ideologies, in its various combinations, during the Yugoslavian wars in the 1990s: dark pages of European history, full of horrors and crimes.

To name one of the conflicts between Serbia and Kosovo. In just two years (1998-1999), more than 13.000 people died, and more than one million civilians were displaced. And that was only one generation ago.

The two countries, Serbia and Kosovo, are now in far better relations, which is almost unbelievable considering how brutal the conflict had been. Although Serbia has not yet recognised Kosovo, the leaders of on September 4, 2020, the two countries have signed an agreement for economic cooperation.

It’s an”economic peace” as per the definition by Donald Trump. One can have all the possible (negative) opinions about him, but this is undoubtedly an outstanding achievement. As the saying goes, even a broken clock that is right twice a day

Part of the agreement and this should be of paramount importance for us Jews is the commitment of Serbia and Kosovo to upgrade their relations with Israel.

Serbia had been the first country in the world to endorse the Balfour Declaration in 1917. Once Communism ended, Israel resumed the good relations it had with Serbia. Those days Ariel Sharon was considered a hero in Belgrade. Today there are strong economic ties, cooperation in the matter of policy, and a no-visa system for the tourists. Could it be better? The answer is yes. On September 4 indeed, the Serbian government committed to moving its embassy to Jerusalem. It will be the first European State to recognise the city as Israel’s capital.

The relations between Israel and Kosovo started from a different point, or to be precise, they were not existent until September 4. During the Yugoslavian wars, Israel was perceived as one of Serbia’s allies, and it was not popular. But things have changed, and will improve further: in the next three to five years, a massive development of Kosovo’s economy is expected, thanks to a better relationship with Serbia and cooperation with many countries, including Israel.

Besides the economy, there’s religion. With its 1.663.000 Muslim citizens, more than 95% of the population, Kosovo is home of the oldest and most numerous Muslim community in Europe. Since the 16th century, Islam has been the religion of the majority of the population in Kosovo. The fact that Kossovo now has relations with Israel is nothing short of historic.

Like with Donald Trump, one can have all the possible negative opinions about Benjamin Netanyahu. But no one can deny that he has led Israel to historic peace agreements.

The Middle East is changing. Islam is changing. Once upon a time, during interfaith events, we Jews and Muslims used to do our best to avoid mentioning the Middle East, Israel or Palestine. We assumed that those topics were too painful for the Muslim participants as if their religion implied blind support for the Palestinian cause and condemnation of Israel or of Zionism tout court. I have witnessed embarrassing attempts to dilute the Jewish identity or to avoid mentioning the Jewish connection with the Land of Israel, out of fear to offend our Muslim friends.

It turns out that it was not necessary. Today it’s Kosovo, a few weeks ago were the United Arab Emirates. In the coming months, other countries with a sizeable Muslim population will establish diplomatic relations with Israel. The non-elected Palestinian leaders were used to have a sort of veto power on this kind of links (“anti-normalisation” they call it). Not anymore.

History will judge the Palestinian leaders harshly. They had brought this situation upon their people, by always imposing impossible demands and calling them pre-conditions. One can think to the persistent request to grant s the so-called “right of return” to millions of so-called Palestinian refugees. Everybody knows that this will mean the end of Israel as a Jewish State. Nonetheless, Palestinian leaders persist in presenting it as a reasonable request

We are in the midst of a historical transformation: Muslim and Arab Countries are lining up to make peace with Israel and to build economic relations with the Jewish State. For decades the assumption has been that the road for peace in the Middle East passed through Ramallah. That solving the “Palestinian question” was a pre-requisite even for having a genuine interfaith dialogue. Perhaps it used to be so. Now, it’s no more.

The dark humour of Underground, the 1995 movie, comes to mind again. Those people who continue to live in the bunker, following a retarded calendar. They take breaks only to shout out loud some Cold War nonsense which they believe reflects the reality. The spell ends cruelly when the main character emerges from the bunker and finds himself on a set of a WWII propaganda film. Mistakenly he believes it’s reality.

Perhaps, those Jews who believe they are living somewhere between the Oslo Accords and the Arab Spring will emerge one day from the Underground and realise that we are actually in 5781.