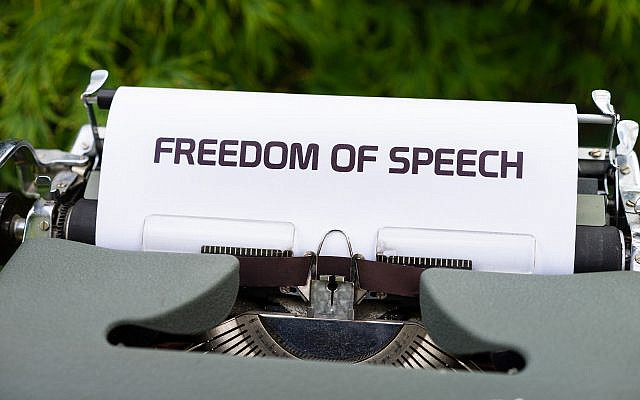 The 74th Cannes Film Festival has awarded the Jury Prize to Israeli director Nadav Lapid’s film, Ahed’s Knee. The film is described as a searing critique of artistic censorship in Israel.

In 2019 he won the Golden Bear, the top prize at the Berlin International Film Festival, for his film about an Israeli in Paris trying to become French. Why an Israeli would want to be French is beyond me. Perhaps it was a horror film like Kafka’s The Metamorphosis where a salesman wakes one morning to find himself transformed into a cockroach. Can you imagine waking up and finding that you are French? Danish, perhaps, even Portuguese, but French!

But Lapid’s idea seems to be sound. If you want to get ahead in much of Europe, an anti-Israel rant will go a long way. The more stories of Israel misdeeds you can dredge up, the more followers you will gain.

To claim my rightful place in Europe, I will now criticise the Times of Israel’s artistic censorship.

To help the Times of Israel’s editor I have already censored this, but you can be sure that they would do much the same.

The martial arts are also heavily censored. A simple question like, how many of the IDF’s battle tanks are currently deployed and what are their exact locations, brings down the heavy hand of the military censor.

Even we bloggers are not free from censorship. As long ago as 2016, some 30 Israeli bloggers received demands from the Military Censor to submit their blogs with military or security-related content for review before publication. These demands were backed by the full force of the law with penalties for non-compliance.

Observant readers, that is readers with good powers of observation, not religious readers, will have noticed that this blog is shorter than usual. Though I have much to say, on many important subjects, I do not want to fall foul of the artistic censor.

About the Author
The author has been living in Rehovot since making Aliya in 1970. A retired physicist, he divides his time between writing adventure novels, getting his sometimes unorthodox views on the world into print, and working in his garden. An enthusiastic skier and world traveller, the author has visited many countries. His first novels "Snow Job - a Len Palmer Mystery" and "Not My Job – a Second Len Palmer Mystery" are published for Amazon Kindle. The author is currently working on the third Len Palmer Mystery - "Do Your Job".
Comments
Advertisement