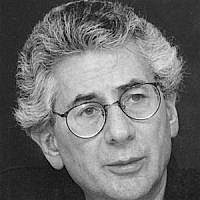 The Blogs
Jeffrey Sussman
Apply for a Blog
Please note that the posts on The Blogs are contributed by third parties. The opinions, facts and any media content in them are presented solely by the authors, and neither The Times of Israel nor its partners assume any responsibility for them. Please contact us in case of abuse. In case of abuse,
Report this post.

Many people have asked me why I chose to write the book, Max Baer and Barney Ross: Jewish Heroes of Boxing, which was just published by Rowman and Littlefield.  It’s a good question. Most people, Jews and non-Jews, have no idea that from 1910 to 1941, there were 628 professional Jewish boxers in the United States. Many of them, including Barney Ross, were Orthodox Jews. Ross and more than a dozen others were world champion title holders. And Ross was one of the best, for he was the first boxer to hold three championship titles at one time.

The origins for my writing the book started when I was 12-years-old. I was short and skinny, and my father was worried that bigger boys in the public school I attended might pick on me. One day, he brought home a pair of boxing gloves, a speed bag, a heavy bag, and a jump rope. He taught me the elements of boxing, and I learned that my father had been an amateur boxer in his late teens. He had grown up in a German immigrant neighborhood in Queens, New York, and there was pervasive anti-Semitism in that community. He often got in fist fights with those who espoused anti-Semitism.

After my father taught me the basics of boxing, he signed me up for ten boxing lessons at Stillman’s Gym, the most famous boxing gym in the United States from the 1920s to the late 1950s.

We arrived at Stillman’s gym, located at 919 Eighth Avenue in Manhattan, early one afternoon and went up a flight of stairs. There was Mr. Stillman sitting at a desk near the door. He had a big, ugly cigar stuffed into his face that smelled like rotten cabbage.  He had a snub-nosed .38 in a shoulder holster. Hair billowed out from the sides of his head.

My father handed over several bills, and Mr. Stillman called over a young middleweight, a good-looking Italian kid with dark, curly hair.

He led me through one of the filthiest gyms in existence. It smelled of sweat and lineament. There were the sibilant sounds of soft soled shoes skipping rope, the thwack thwack thwack of gloves hitting body bags, and quick pop pop pop of gloves gyrating against speed bags. Nick took me to a locker, where I changed out of my jeans and polo shirt. I put on a cup, a pair shorts, a Stillman’s Gym t-shirt and was then led to a heavy bag.  Nick had me stuff my fists into a pair of large boxing gloves then tightly tied them in place. He taught me to jab with my left, punch straight out with my right, and deliver an effective right cross. In addition, I learned to duck, to feint, to swing a left to the body and a right to the jaw. I learned how to protect my head and to look for openings. I learned how to create openings.  Nick had me shadow boxing and skipping rope. He wouldn’t let me get into one of the rings. “You’re too young,” Nick said. “You’ll get killed.”

I began writing about boxing for a website, www.boxing.com.  After writing for the site for several months, I decided that I would investigate the role of Jewish boxers in the 1930s, when anti-Semitism was rife in the United States. I researched the life and career of Barney Ross, an Orthodox Jew, who had fought his way out of poverty, rescuing his siblings from foster car, after his father had been murdered by a pair of hold-up men.  I was fascinated. Ross had a trilogy of fights with a boxer named Jimmy McLarnin, who was known as a Jew Killer, for all the Jewish boxers he had defeated. Ross and McLarnin had a trilogy of bouts: Ross one the first, lost the second, and won the third. He became a hero to Jews across America.

In addition to Ross, I decided to write about Max Baer because he had fought and defeated Max Schmeling, Hitler’s favorite athlete. Baer so severely pummeled Schmeling that the referee had to stop the fight in the 10th round. More than 30,000 Jews, during the height of the Great Depression, paid to see that fight. Numerous Jewish movie producers were so excited by Baer’s defeat of Schmeling that they invited him to Hollywood to star in a movie, The Prizefighter and the Lady. Max, who was movie star handsome and built like Tarzan, proceeded to have affairs with some of era’s top leading ladies, such as Greta Garbo and Jean Harlow, among various others. The movie, by the way, was named one of the top ten of 1935.

My research into the lives and careers of Baer and Ross ignited my imagination, and I decided to write a book about how important Jewish boxers were as symbols of courage and defiance in age rife with anti-Semitism.

Jeffrey Sussman, in addition to being the author of Max Baer and Barney Ross: Jewish Heroes of Boxing (published by Rowman and Littlefield), is the president of Jeffrey Sussman Inc (www.powerpublicity.com), a marketing and public relations agency.

About the Author
Jeffrey Sussman is the author of eleven non-fiction books, including his latest, "Max Baer and Barney Ross: Jewish Heroes of Boxing." He has also written numerous articles and short stories about boxing. As a college student, he was secretary to Isaac Bashevis Singer, and wrote his correspondence in English. Jeffrey operates a marketing/PR firm in New York (www.powerpublicity,com), but has represented numerous Israeli high tech companies in the United States.
Related Topics
Related Posts
Comments