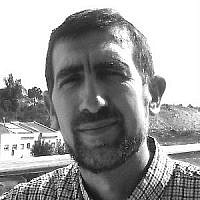 The Blogs
Binyamin Schwartz
Apply for a Blog
Advertisement
Please note that the posts on The Blogs are contributed by third parties. The opinions, facts and any media content in them are presented solely by the authors, and neither The Times of Israel nor its partners assume any responsibility for them. Please contact us in case of abuse. In case of abuse,
Report this post.

They come from all over Israel. Some of them are from ultra-orthodox Ashkenazic families, some from large traditional Sefardic communities. Some come from the most destitute or violent family situations.

One thing defines them all: unmotivated, at-risk youth from Israel’s peripheries at a pre-military academy, or “Mechina”, in Northern Israel.

Israel’s policy in the early years of the State was to settle new immigrants in the country’s periphery in order to quickly settle the breadth of the Land. Shlomi, Hatzor, Bet She’an in the North; Kiryat Malachi, Yerucham and Mitzpe Ramon in the South – all became permanent settlements due to this policy. Settle first; deal with the social ramifications later.

And the social ramifications materialized indeed. As these enclaves were smaller and geographically detached from major urban populations in Israel’s center, funding for their institutional infrastructure was sidelined and the mentality of these areas’ residents began to reflect this subordinate treatment. Large regions grew disconnected from mainstream Israeli society. Low motivation to excel coupled with a mentality of getting by became the norm for decades. Young adults who managed to extricate themselves from their collective predicament were the exception, not the rule.

Now enter a group of educators in their twenties — highly optimistic yet far from naïve, strongly determined yet aware of the challenges ahead. The founding members of the Tamir Organization for Social Leadership believed that geography must not be the deciding factor between success and failure. If we can raise the younger generation’s feelings of self-esteem and expose them to their own talents and abilities to positively influence others, they reasoned, we can change their futures for the better, or so they figured.

The thing is, they were right.

While only half of youth from Israel’s peripheries enlist in the IDF at all (and those who do usually just try to get by in less demanding positions), 97 percent of Tamir’s 500 Mechina graduates enlist in the military, most of them in combat units. A third of them even join elite units or become officers. Over half of the Mechina’s graduates continue in higher education frameworks, compared to less than a third of their neighborhood friends. Most of them are the first in their family to break the cycle of poverty by engaging in more gainful employment than their parents and classmates.

Avichai Yaakov had all the “right” reasons to give up early. Orphaned from his father while only a month old, Avichai grew up with his siblings in Moshav Netu’ah in Northern Israel. Following high school, Avichai decided to put off the army for a year and try out the Mechina.

The decision changed his life. Avichai realized his innate talents, took part in every leadership seminar and volunteer activity – and took his future squarely into his own hands. Orphans are categorically exempt from combat service in the IDF, yet Avichai decided to enlist in the Golani Infantry Brigade anyway. He eventually became a platoon sergeant and was called up to serve in the courageous battle of Bint Jbeil during the Second Lebanon War. Avichai found himself in a trap laid by Hezbollah terrorists, under fire with his comrades for seven hours. After witnessing the death of his superiors in the battle, he ran back into the inferno over and over again to rescue the wounded and the bodies from falling into the enemies’ hands. For this he was awarded Israel’s highest medal for courage, the Ittur Ha’oz.

Avichai says he wouldn’t have acted the way he did that day without the values and mental training he received at the Mechina.

The syllabus includes four components. Texts exploring Jewish values provide inspiration and direction, and are discussed at length in small groups. Challenging physical hikes, such as a grueling 60 km trek from the Mediterranean Sea to Lake Kinneret, Survival Week and the Torch Relay in memory of the ten fallen soldiers of Bint Jbeil, expose the students to their true, underestimated abilities while they learn to rely on one another. Intensive volunteering activities with elementary children, the elderly and Holocaust survivors, convey to them their ability to significantly influence their surroundings. Finally, they learn leadership and empowerment qualities, such as public speaking, in special seminars provided throughout their Mechina tenure.

Interestingly, the program has also proven to be an effective integration option for Ethiopian immigrants. Many of them hail from families who made aliya a mere five years earlier and are still dealing with trans-generational and cultural issues.

In its eleven years of existence, the Mechina program has achieved a mission deemed impossible for decades: to systematically create a new reality for Israel’s peripheries.

Yet Tamir doesn’t only want to change the individual students’ futures. It aspires to leverage these role models into catalysts of social change in their home communities. Therefore, it opened a special-education teachers’ training program “Returning to Lead” together with the Sha’anan Teachers’ Training College in Haifa. The four-year bachelor’s degree program trains them as professional educators in Israel’s most challenging special-ed high schools, while showing them how to duplicate the Mechina’s successful model of Jewish values study, volunteerism, leadership and physical training. The program has become so successful that one principal has promised every graduate a teaching position in his school.

The gap between Israel’s concentrated and peripheral areas can be bridged. Israel’s overlooked neighborhoods and development towns shall cross this bridge into mainstream society and join their more affluent counterparts in Jerusalem, Ra’anana and Petach Tikva. Providing the peripheries with the specific tools they require will change the face of its younger generation and finally bring about the renaissance Israel’s forgotten populations deserve.

About the Author
Binyamin Schwartz moved his family to Tel Aviv from 2001-2014 to help break stereotypes between religious and secular communities in Israeli society. He was awarded Yakir Hachinuch Hadati in 2007 by Israel's Ministry of Education for the establishment of six preschools in the area. Today, he lives in the city of Ariel in Samaria, Israel, and is the Development Executive for the Tamir Organization for Social Leadership.
Comments