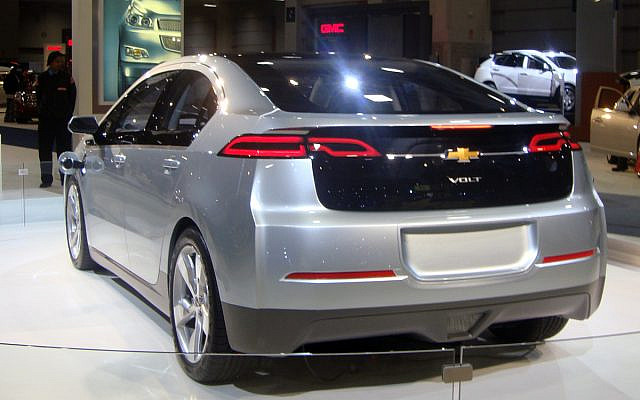 I know it’s not always a good idea, but it’s a hard habit to break. Often, when I wake up, the first thing I do is check the news, which I often do with trepidation. So yesterday morning, I opened my eyes, took a look at my smartphone, and was pleased to find, not bad news, but good news! A major auto manufacturer, General Motors, has pledged that by 2035, all of their cars will be electric, and their plants will be entirely Carbon neutral.

I think it’s worth marveling at how far our society has come in raising awareness of the dangers of climate change, and in developing technically and economically viable clean technologies, when a major creator of carbon-producing combustion engines makes a commitment like this. Now, I’m not naive– I know that this isn’t the end of the climate change problem. I know that vehicles aren’t the only source of pollution, I know that GM’s shift doesn’t mean all other companies will take the same route, I know that in the next 15 years before 2035 plenty more carbon will be generated by GM and other companies, and I know that a substantial amount of climate change is likely unstoppable given the amount of damage we humans have already done. However, for those of us who feel existential dread about the future of our planet, who are concerned about the devastation that has already been caused by climate change and that is poised to get much worse over the next decade, every victory is worth celebrating. 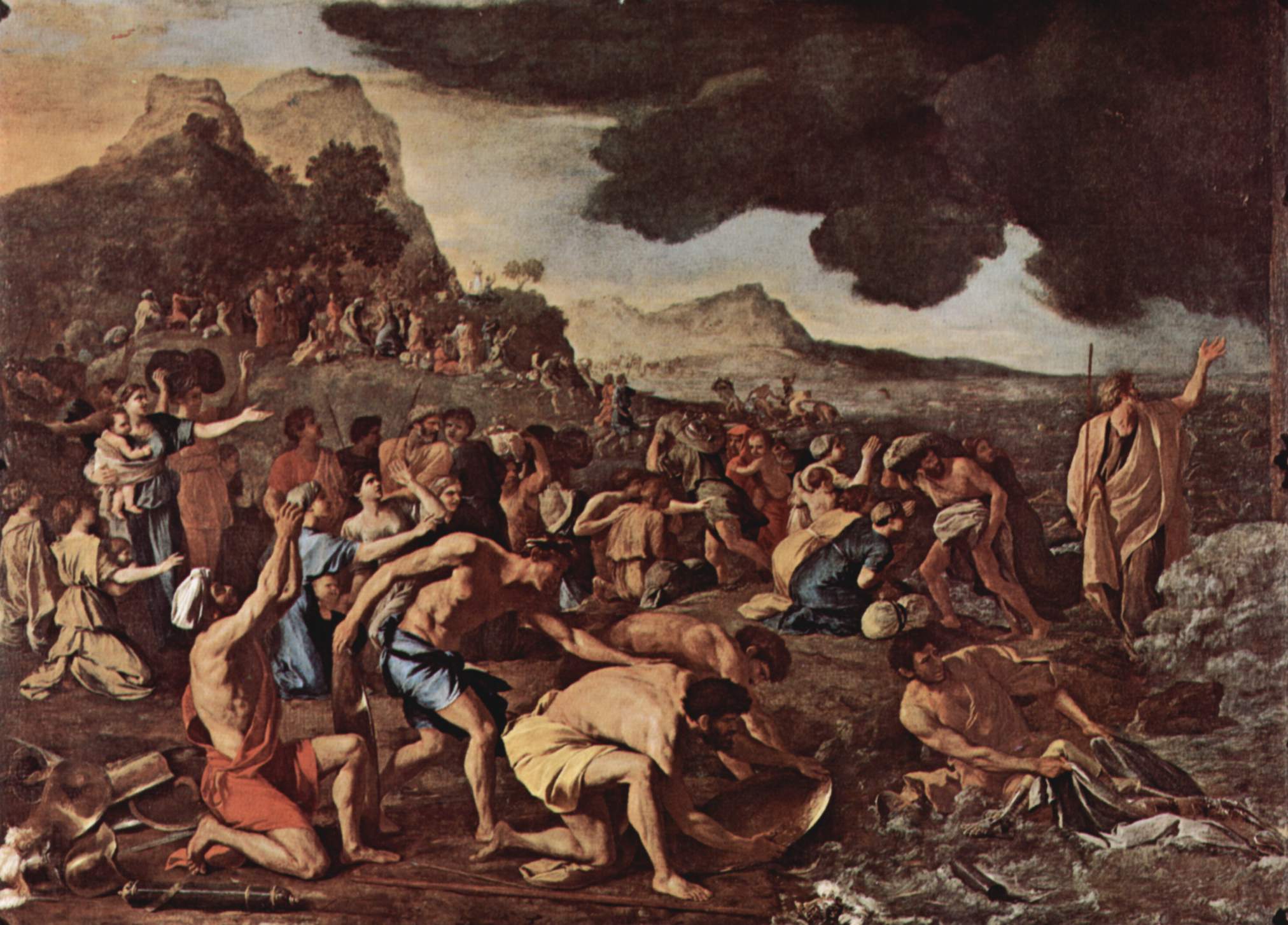 In Parashat Beshallah, the Israelites experience their own moment of existential dread as they watch the approaching Egyptians. Whereas the destruction caused by climate change has been incremental, with one natural disaster after another, their destruction is imminent. Caught between the sea and Pharaoh’s army, they panic. They say to Moses, “What have you done to us, taking us out of Egypt?” Already, they start to long for the predictability of slavery. Moses, however, is calm. After all, he has had a front seat to an incredible number of physics-defying miracles, and he knows that God is determined to free the Israelites, and to do so with increasingly dramatic actions. Moses calls on the Israelites to share his faith, and to get ready for a show of God’s power like nothing they have ever seen before:” הִֽתְיַצְב֗וּ וּרְאוּ֙ אֶת־יְשׁוּעַ֣ת יְהוָ֔ה– Stand by, and witness God’s deliverance.” He concludes his speech by again reminding them to be calm and to watch in awe:” יְהוָ֖ה יִלָּחֵ֣ם לָכֶ֑ם וְאַתֶּ֖ם תַּחֲרִישֽׁוּן– God will fight on your behalf, and you– hold your peace!”

After this grand declaration of faith in God’s power, we might expect an immediate miracle, but instead, something entirely different happens. God speaks, and God chastises Moses. Why, you may ask, would God be upset with such a powerful statement of belief? Isn’t loyalty exactly what God wants from the people? And for those of us who know the story, we know that God is about to do exactly what Moses has said, to deliver the Jews with an overwhelming and awe-inspiring display of power! So what’s the problem? And yet, God isn’t happy. God says “מַה־תִּצְעַ֖ק אֵלָ֑י דַּבֵּ֥ר אֶל־בְּנֵי־יִשְׂרָאֵ֖ל וְיִסָּֽעוּ׃– What are you yelling at me for? Speak to the Children of Israel, and go!”

So what is God’s problem? God’s problem seems to be that while dramatic miracles are effective, most of the time that isn’t how the world works! God doesn’t want the people to be passive, simply watching and waiting for God to fix all of their problems. God demands that the people take action before God will step in and help them. Moses, having experienced God’s miracles, may have forgotten that for every miracle, God demands human participation. Moses has to raise his staff, to go to Pharaoh, to actively take an action, before God steps in. In fact the entire narrative of the Exodus is catalyzed, not by God, but when the people bring their suffering to God’s attention by crying out to God!

The story of the Israelites, from the Exodus through their arrival in the Land of Israel, has been compared to the development of an individual. When the Children of Israel pass through the Red Sea, they are born, emerging from the birth canal of the Sea as a newborn nation. In the desert, God nurtures them as a parent does for a child, meeting all of their physical needs for shelter and food through miracles. The nation goes through teenage rebellion, and, eventually, gets to the land of Israel, where they are required to sustain themselves, and to face the consequences of their own actions, which they do again, and again, and again. By the time the Children of Israel are a grown nation, settled in the land, miracles are few and not so dramatic. The people are all grown up, and they live in a world of responsibility.

Parting of the Red Sea (Photo by AMBOO WHO?/FLICKR from The Jerusalem Post, “Parashat Beshalah: Being ‘God’s Hand'” by Shmuel Rabinowitz, Feb. 7, 2020)

The nature-defying events of the Exodus are a beautiful demonstration of God’s power and a wonderful story, but that’s not how the world really works! The world that we live in, where God doesn’t manifest by breaking the laws of physics, where people have to take action if they want anything to change — that is the real world. Already at this point in the story, even before the splitting of the Sea, God begins to teach the people what it means to live in the real world, and the answer is that you have to be proactive and take responsibility if you want your circumstances to change.

A midrash says that a non-Jewish philosopher once posed a question to Rabbi Hoshayah. He asked, “If God so loves circumcision why did God not give it to Adam?” In other words, if you really believe that God created the world, why would you change it? Human bodies are created in a certain way, and you have the audacity to change God’s creation? After some back and forth, Rabbi Hoshayah gives his answer: “Anything created in the first six days needs further actions. For example mustard: seeds need sweetening, peas need sweetening, wheat needs grinding, even humans need fixing.” (Bereishit Rabbah, 11:6) In other words, we may understand the world to be God’s creation, but we also acknowledge that the world isn’t perfect, isn’t complete. We don’t wait for God to finish making creation perfect– rather, our role as humans is to partner with God, to continue God’s work, to make the world a better place for ourselves and for all who are in it. We are partners with God in the creation of the world, a creation that is constantly ongoing.

This past Thursday was the holiday of Tu Bishvat. Many of us gathered together on Zoom for a special Tu Bishvat seder where we ate fruit, drank different colors of beverages, and celebrated the natural world. Tu Bishvat, the so-called birthday of the trees, is a time that many have designated to focus on our relationship with the world around us, and the imperative to preserve and protect the fragile natural world that sustains us.

God’s world is indeed miraculous, and it warrants our wonder. Moses’s statement that provoked God does have its place. “הִֽתְיַצְב֗וּ וּרְאוּ֙ אֶת־יְשׁוּעַ֣ת יְהוָ֔ה– Stand by, and witness God’s deliverance.” We should look in awe at the grandeur of God’s creation, but it’s not enough to just look and appreciate, or even to look around and deplore the devastation humans have created, and hope that others will find a solution. We need to be partners. We need to also get up and go, and take action ourselves to protect those amazing wonders. 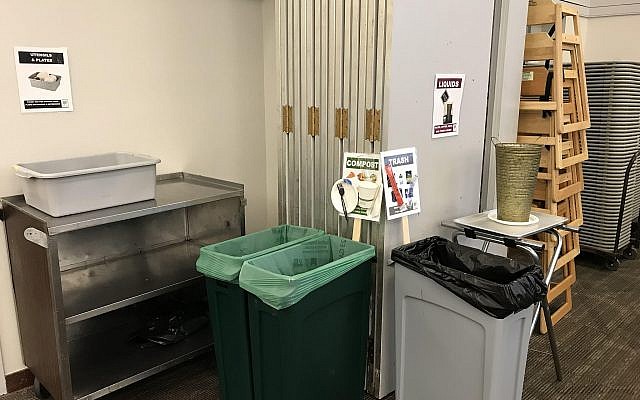 We are fortunate to be part of a community that has been taking climate action seriously. Thanks to the dedicated efforts of a group of our members, we now compost all of our utensils every time we gather in person to eat. Since the past summer, our parking lot is now shaded by three rows of beautiful and impressive solar panels that generate clean energy. 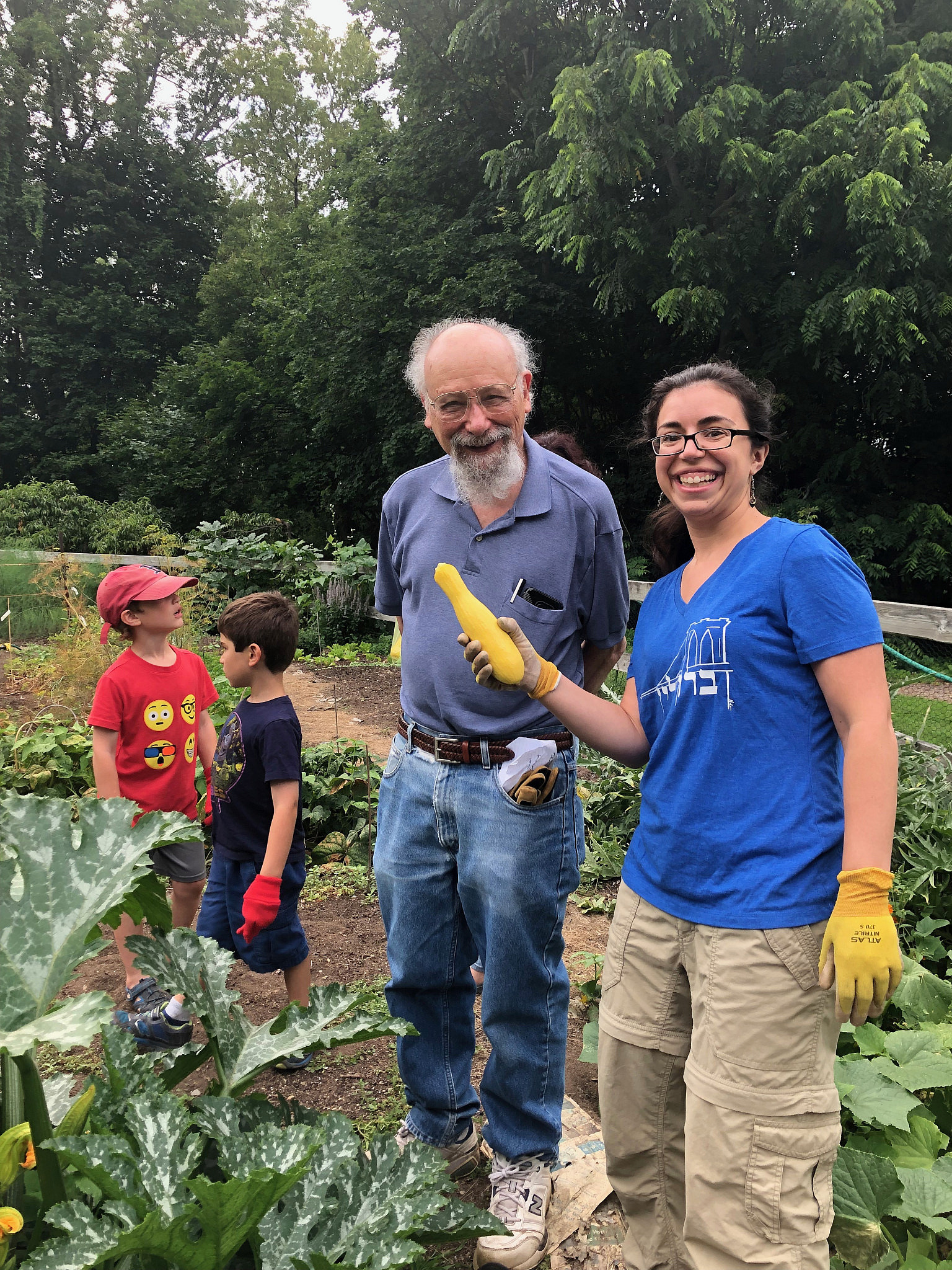 Our preschool students spend time each summer learning and enjoying in our garden, and a group of volunteers participate in tending to our Lexington Interfaith garden as well. And now, we have a new group that is working on finding new ways for us to engage in preventing climate change, a group that we will be hearing from more in weeks and months to come. I encourage all of you to stay tuned for information from them, and to be alert for new ways that you can become involved in this important initiative.

The news story that I read yesterday about GM didn’t happen on its own. It happened because scientists and engineers have worked hard over the decades to find new sources of energy, new ways of building products, and ways to make those new processes cheaper. It happened because there are people who are willing to spend more money for electric vehicles, and people who are building infrastructure to make electric vehicles more affordable and more convenient. It happened because activists and scientists have raised awareness of the dangers of carbon emissions, and because people have put pressure on companies, and on governments, to make change. And of course, all of those factors have to continue to come together, in so many different ways, in order to give us a chance of averting some of the worst consequences of climate change that are still to come.

There are many ways in which our worlds are still unfinished, and we each have our own role to play. Let us be reminded of the message that God taught to Moses on the banks of the Red Sea, that the world doesn’t get better on its own. May each of us find our own way of partnering with God to make the world a little bit more complete, each of us in our own way.