On the last evening of the Na’amat journey to Poland, our group of 32 women was standing next to the Warsaw Uprising Monument, in memory of the Polish rebellion against the Nazis.  Suddenly one of the friends asked me how I felt about this monument.

I didn’t know exactly what to say, but after spending five days in Poland visiting places like Majdanek, the Kielce cemetery, and Auschwitz-Birkenau, I had no more room for yet another monument, this one seemed like many others.

One of the reasons why I wanted to go to Poland at this time was to try and bring the Holocaust closer to my heart and to personalize its immensity. As a child I felt connection to the Holocaust on a personal level through childhood heroines like Anne Frank.  But as an adult it was no longer the case. I was hoping to restore the connection by visiting the locations.

It was harder than I had expected. There was nothing personal in the classical sculptures of the Warsaw Ghetto Heroes’ Monument, which we saw on the first day of the journey. Mordechai Anielewicz in the center wielding a hand grenade, seemed like any other heroic figures.

And on the second day, the abstract representation of chaos and oppression of the huge Entrance Memorial at Majdanek Concentration Camp, produced only awe.

Perhaps those monuments are not meant to evoke emotional response, they are too foreboding.

Our experienced Yad Vashem guide knew the challenges of making the enormous calamity personal and her approach was to tell us true stories about real people and to show us photos. Thanks to her we got to know women, men and children who became our companions for the duration of the journey. Some of them perished and others survived, but recognizing their faces and their names, and hearing the testimony about their daily life made it easier to imagine them in their surroundings.

Especially powerful was our meeting at the Jewish Community Center in Krakow with a Polish/Jewish Holocaust survivor and the Polish man whose family hid her and her mother in their basement. That old man who is 84 today was the child sent by his father to bring food to the little Jewish girl who was only three year old at that time.

Yet, unexpectedly, I was startled by the sight of an innocuous metal object, at block 5 in Auschwitz. In the middle of the hall stood a green porcelain-covered coal stove, which was used to heat the barrack

This was personal, several years ago I saw the exact same coal stove in the apartment of a friend in one of the remote neighborhoods of East Berlin.

I had never seen such a stove before and my friend explained that they were not uncommon in older apartments in Eastern Europe. The following year, my daughter stayed at the apartment during the harsh winter, and she was kept warm thanks to that stove.

Around the stove in Auschwitz there were different exhibits of the atrocities that went on in the death camp: mountains of hair, piles of shoes, collections of glasses, and different brushes and combs. They all grew old with time, after all it has been seventy years since the end of the war.

But only the green stove looked new, its color was similar to the spring colors of the trees, which I saw through the window of block 5.

It was as though the Holocaust just happened yesterday. 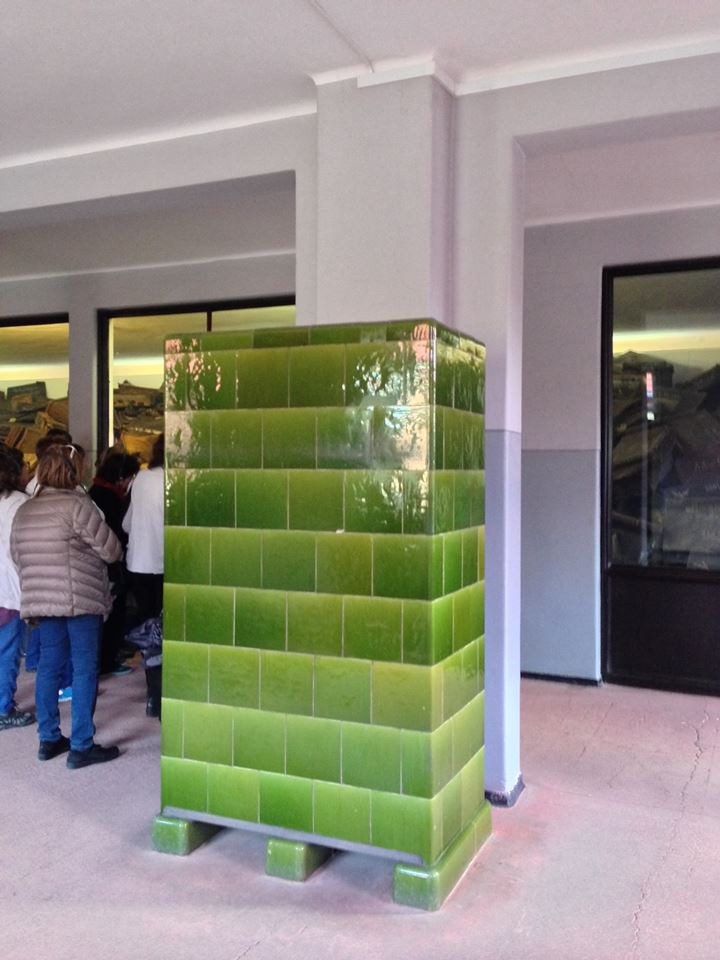