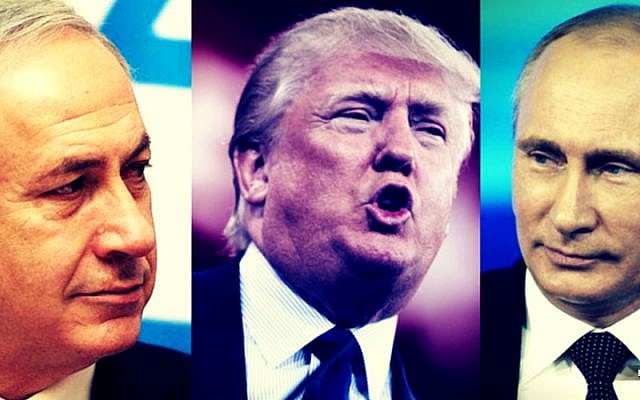 The US and Russia are heading toward a new cold war if not a new arms race or worse. Russia is enticed by the vacuum created by Trump’s amateurism and the US leader sees a chance to spend more money on the military – always a good move for his rich friends. This is not good for world peace.

But guess what? The leaders of both countries are very fond of Jews. Inexplicably so but nevertheless.

How about Israel inviting the US and Russia to hold peace negotiations facilitated by the Jewish State in the eternal Capital of Israel, the City of Peace? We’ll do a great job. Free of charge. Among friends.

Unrelated: Bibi needs to tell the Donald that his support for Israel will stand out through the ages but is stained by not allowing Pollard to move to Israel. Many have done more for a good name in history.