The life and times of a renowned philosopher. A Jewish woman recalls her Russian shtetl. A historically significant battle in Acre during the Third Crusade. The legacy of an Egyptian president. Martin Luther’s hateful message. These are among the themes of a new batch of books that have crossed my desk.

[dropcap]Martin[/dropcap] Buber, one of the major Jewish philosophers of the last century, is the subject of Paul Mendes-Flohr’s magisterial biography, Martin Buber: A Life of Faith and Dissent, published by Yale University Press. The latest book in Yale’s “Jewish Lives” series and the first work on Buber in English in more than three decades, it places Buber (1878-1965) within the context of the cultural and intellectual history of German Jews.

[dropcap]A[/dropcap] Jewish woman from the Russian shtetl of Khotimsk provides illuminating insights into a lost world. Daughter of the Shtetl: The Memoirs of Doba-Mera Medvedeva (Academic Studies Press) has been translated by Alice Nakhimovsky and edited and introduced by Michael Beizer and Nakhimovsky. Delving into the intricacies of shtetl life, Medvedeva writes about its struggles and conflicts amid two pogroms and two world wars. 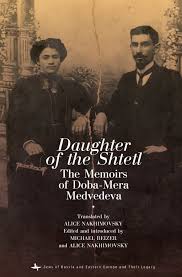 [dropcap]Acre,[/dropcap] the mixed Jewish-Arab city in Israel called Akko today, was a bloody battlefield more than 800 years ago as Christian and Muslim armies fought for supremacy. In The Siege of Acre 1189-1191: Saladin, Richard the Lionheart, and the Battle that Decided the Third Crusade (Yale University Press), American historian John D. Hosler painstakingly reconstructs the most momentous military engagements of the Third Crusade. This clash of arms pitted the kings of England and France against the Egyptian sultan Saladin. Hosler, a specialist in military history, analyzes it in terms of its strategic, tactical, organizational and technological dimensions. 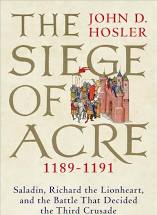 [dropcap]Gamal[/dropcap] Abdel Nasser, the president of Egypt from 1954 until his untimely death in 1970, was the preeminent leader of the Arab world during much of this period. University of Arkansas historian Joel Gordon authoritatively examines his legacy in Nasser’s Blessed Movement: Egypt’s Free Officers and the July Revolution ( The American University in Cairo Press). Gordon concentrates on Nasser’s ambitious program of political, social and economic reform. He says that the discovery of an Israeli spy ring in Cairo in the mid-1950s provided his regime with a “convenient excuse” to crack down on domestic opponents. But he gives Nasser credit for destroying Egypt’s rigid class structure, hastening the transition to industrialism and taking control of its resources. 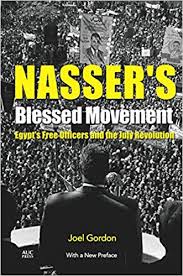 [dropcap]The[/dropcap] focus of Diana Darke’s book, The Merchant of Syria: A History of Survival (Oxford University Press), is Mohammad Chaker Chamsi-Pasha, a successful Syrian merchant who was better known as Abu Chaker. A cloth merchant from the city of Homs, Abu Chaker (1921-2013) built a commercial empire that extended into Britain. In this intriguing volume, Darke — a keen observer of the Arab cultural scene and an Arabic translator who has lived and worked in the Middle East for more than 30 years — fleshes out Abu Chaker’s checkered career against the backdrop of economic displacement, political unrest, multiculturalism and terrorism. 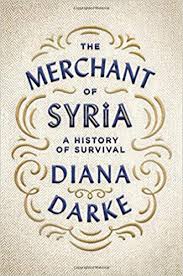 [dropcap]Martin[/dropcap] Luther, the path-breaking German theologian, turned his wrath against Jews when they rejected his teachings. During the Third Reich, antisemites drew on Luther’s anti-Jewish writings to reinforce their anti-Judaic theories. Scholar Christopher Probst delves into this topic in Demonizing the Jews: Luther and the Protestant Church in Nazi Germany, published by Indiana University Press in association with the United States Holocaust memorial Museum. Thorough and wide-ranging, it’s a valuable addition to the historiography of Adolf Hitler’s Germany. 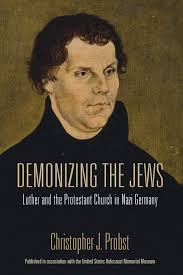 Holy texts are used today to incite hatred, division and even violence. Muslim radicals justify acts of terrorism on the basis of passages in the Quran. Fundamentalist Christians condemn contraception and homosexuality by drawing on certain verses in the Bible. Orthodox Jews deny Palestinians their sovereign right to statehood by their reading of the Torah. 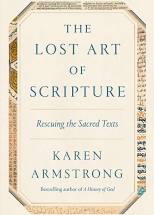 Karen Armstrong, the author of books on religious affairs, claims in The Lost Art of Scripture: Rescuing the Sacred Texts (Alfred A. Knopf) that an open encounter with these works could work wonders and curtail intolerance and arrogance. She presents her case with erudition and elan.