In the first half of November, two contrasting dates come to my mind. One represents evil at its purest form; the other, the loftiest essence of goodness.

This pogrom was incited by the Nazi authorities following the assassination of  Ernst vom Rath, a German diplomat, in the hands of a young Jewish Pole, Herschel Feibel Grynszpan whose family had been recently deported to the concentration camps.

Following the ferocious attack, the Nazis blamed the Jews for the riots and levied upon the Jewish community a heavy fine of around one billion Reich marks, which at that time was equivalent to around 400 million USD.

Clearly, these tragic events were the anteroom to the Holocaust.

This brings me to the second date. In the midst of one of the darkest chapters in mankind there were many beacons of shining light. One of them was Maria, Countess von Maltzan, who passed away 23 years ago, on November 12th, 1997, 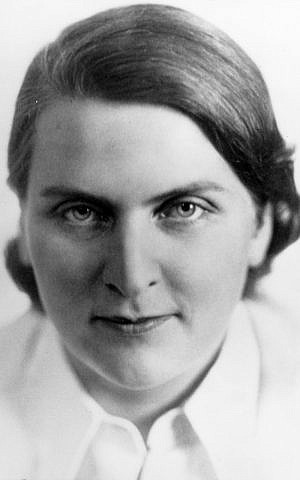 Maria was born in 1909 into a wealthy and aristocratic German family in Silesia, in a magnificent palace. She had 7 siblings. Her father died when she was 12 and her relationship with her mother was sour. She left home to pursue her studies in Berlin and in 1932 she received her doctorate degree in Natural Sciences.

Her career and her adventurous personality carried her to long journeys across North Africa and Spain and later on she even tried her luck as an actress in Bavarian films. In this context, she met her first husband, Walter Hillbrind himself an actor, but their marriage was short-lived.

Following the Nazis seize of power in 1933, Maria established contact with underground groups through the Jesuit priest Friedrich Muckerman. As early as 1935 she started hiding Jews in her own Berlin residence, while she was studying to become a Veterinary Doctor, a degree she attained in 1943. During that period she actively participated in the saving of some 60 Jews, by transferring them to Sweden, after providing them with forged ID’s.  On one such occasion she was even behind the wheel of a truck carrying some of the hidden Jews to a safe point.

Later, she gave shelter to a prominent Jewish writer, Hans Hirschel, with whom she fell in love and even became pregnant from him. Tragically, the premature baby perished in the hospital incubator following a power outage caused by the heavy bombardment.  Obviously, she could not acknowledge her romantic bond with a Jew so she officially declared her good friend, Eric Svensson, as the father of the defunct child.

When the war was over she adopted two Jewish girls who were liberated from concentration camps and married Hans. Two years later, they split, to re-marry in 1972.

She was haunted by the horrors of war and this led her to become a drug addict. Eventually, she was admitted in a rehabilitation center and after some time she managed to fully recover.

Following the passing of her husband in 1975, she opened a veterinary clinic in Berlin and become famous thanks to her vast charitable activities.

On February 19, 1987, she was officially recognized as Righteous among the Nations by Yad Vashem.

Maria’s story was featured in Rescuers, a project initiated by Rabbi Harold Schulweis, with the participation of Malka Drucker, a famous children’s book author and Gay Block, a renowned fine art portrait photographer.

In her interview to Malka Drucker, Maria pointed-out quite nonchalantly: “I was a queen on the black market all during the war”….”but I had to be good at it because I had so many extra people to feed. I always said, no matter what came along. I prefer to be in a tough situation than to go to be with a bad conscience“.

The Pogromnacht was a clear example of human cruelty. On the other side, it is comforting to realize that there were many people, like Maria, who had a good conscience and the courage to face evil

About the Author
Baruch was born in 1933 in Las Palmeras, Argentina, a little hamlet which was part of Baron Hirsch's Jewish settlements. He graduated from a Yeshiva and spent his first adult years teaching Judaism. In the 1960's Baruch was Director of the Israeli Tourist Office in Argentina, creating a program for Catholic pilgrims. He has founded two NGO's, Casa Argentina in Israel - Terra Santa and the International Raoul Wallenberg Foundation. He is married, has three children and has his residence in Gibraltar.
Related Topics
Related Posts
Comments