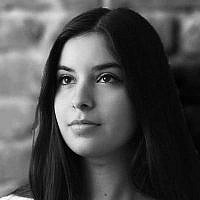 The Blogs
Penina Edery
Apply for a Blog
Please note that the posts on The Blogs are contributed by third parties. The opinions, facts and any media content in them are presented solely by the authors, and neither The Times of Israel nor its partners assume any responsibility for them. Please contact us in case of abuse. In case of abuse,
Report this post. 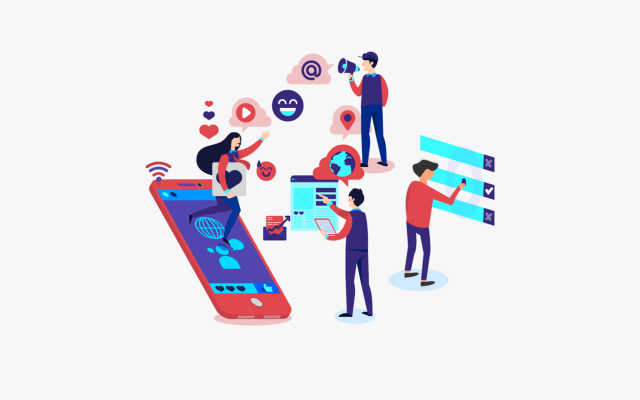 At a time when society has shifted virtual, spreading antisemitism over the internet has become both rampant and a significant problem. With the simple click of a button or touch on a screen, hate can spread faster than ever before, inciting riots and perpetuating century-old antisemitic tropes.

It can sometimes be discouraging to see a rejuvenation of antisemitism using next gen platforms such as Instagram, Facebook, Snapchat and even TikTok; Unfortunately, many people take what they see as absolute fact when in reality, the content online is spreading dangerous racist and discriminatory lies. Learning to identify trends helps us combat the spread of misinformation and fight back with facts.

As the StandWithUs Canada High School Director, I work with high school students across Canada.  As part of our Kenneth Leventhal High School Internship, I mentor teens to not only educate themselves about the Israeli-Palestinian conflict and about antisemitism, but to also educate their peers and their communities.

Antisemitism online doesn’t seem to be going away; if anything it has been on the rise, especially for Gen Z.

I spend many of my days hosting workshops and webinars on antisemitism. My students share their stories with me, many of which are horrifying. Sometimes, it can be a small and seemingly insignificant comment made in passing, but many times, it’s outright bullying at school. Teens are often sent threats on social media, wake up to find swastikas drawn on their lockers, and even face discrimination from the school’s teachers and/or administration. One would think in a day and age of political correctness there would be no room for discrimination or hate, yet sadly there is no denying that antisemitism is being reported far too often because it is painfully present in this generation.

The current political climate is socially inclusive, Gen Z and millennials care about racism, discrimination and social justice now more then ever. So why is antisemitism excluded from all the taboo expressions of bigotry? Why has it become okay to be racist towards some groups, particularly Jews?

No kind of hate is okay, you can’t pick and choose…

It is clear that antisemitism is alive and well and not going anywhere for the time being and, that this generation is on the front lines of the social media war.  So, the question is “now what?” What can we actually do?

I am a big believer in that there are no bad people, only bad ideas.

If you respond to an antisemitic or anti-Israel comment with respect, facts and empathy, you can hopefully learn if this person is truly an antisemite who is unresponsive to a meaningful discourse, or is simply ignorant of the facts. Being quick to judge and label someone as an antisemite is usually unproductive, because that person will react defensively. Responding with empathy, even when it seems impossible, can potentially lead to understanding and even change.

For example, after witnessing jokes belittling and even denying the Holocaust in her non-Jewish private school, one of our StandWithUs Canada high school interns realized her peers were simply misinformed and lacking the proper education. With my support, she went to the school’s administration and set up multiple school wide  assemblies on Holocaust education and antisemitism. Although it was not easy getting the school’s administration to agree, ultimately we were able to reach over 400 students through this important and much needed presentation.

Although antisemitism of any sort is unacceptable, it’s important to assume good intentions if something discriminatory is said or done.  How can you tell if the comment or action is done intentionally or if the person is misinformed? What I’ve learned is that we can’t tell for sure what someone is truly thinking and feeling.  Therefore, assuming lack of information and good intentions, and then sticking to facts and keeping the emotions out of it can go a long way.

There is no denying that misinformation and the speed with which it is being spread online is a major part of the problem.  Fortunately, the situation is not hopeless.  One way is to use social media platforms as the solution.  By encouraging teens to do their own research, we will empower the next generation to be critical, free thinkers instead of immediately believing what they see on the internet as the ultimate truth.

Regarding complex matters including the Israeli-Palestinian conflict and antisemitic rhetoric, it is especially important to diversify one’s media consumption beyond social media and trending posts. In other words, we need to encourage our teens and young adults to go beyond social media when they attempt to learn about history or current events, or even about an entire culture of people. Look at a variety of other sources of information. And, I like to tell my students that just as it is all too easy to spread misinformation, so too every person has the ability to spread the correct information.

There is no denying that saying nothing can be much easier.  But it’s up to all of us to help educate people.  The fourth Prime Minister of Israel, Golda Meir, once said “You cannot shake hands with a clenched fist.” We have no control over other people’s actions, we only have control over how we respond to their actions. Keep your fists un-clenched and your head held high.