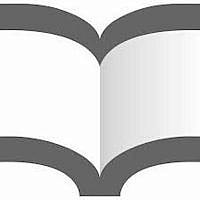 The Blogs
Gil Weissblei
Apply for a Blog
Please note that the posts on The Blogs are contributed by third parties. The opinions, facts and any media content in them are presented solely by the authors, and neither The Times of Israel nor its partners assume any responsibility for them. Please contact us in case of abuse. In case of abuse,
Report this post.

A street in the Christian Quarter. Detail of a photo by Félix Bonfils, around 1870.

What did Jerusalem look like 150 years ago? It seems we are the first generation to be able to answer this question with any degree of certainty, thanks to prints that have been preserved in the National Library, from the early days of photography in the Land of Israel.

The last few decades of the 19th century saw large surges of visiting tourists, researchers and pilgrims who explored the Holy Land as part of a predetermined route of tourist sites in the Near East. Most did not have cameras, which were heavy and cumbersome devices in those days. The Orient and the spirit of the Bible which they wished to absorb are clearly visible in the pictures produced by the few professional photographers who worked here. The most famous of these was Félix Bonfils.

The landscapes are vast and empty, perhaps because of the difficulties involved in photographing passers-by. Cameras of the period used special glass plates, which were coated with light-sensitive chemicals, a technique that required long exposure. In certain cases, when the composition demanded it, 19th-century citizens of Jerusalem can indeed be spotted in the pictures, resembling extras on an elaborate and majestic movie set.

HaGai Street, with a view of “The Rich Man’s House”, photo: Félix Bonfils, around 1860. 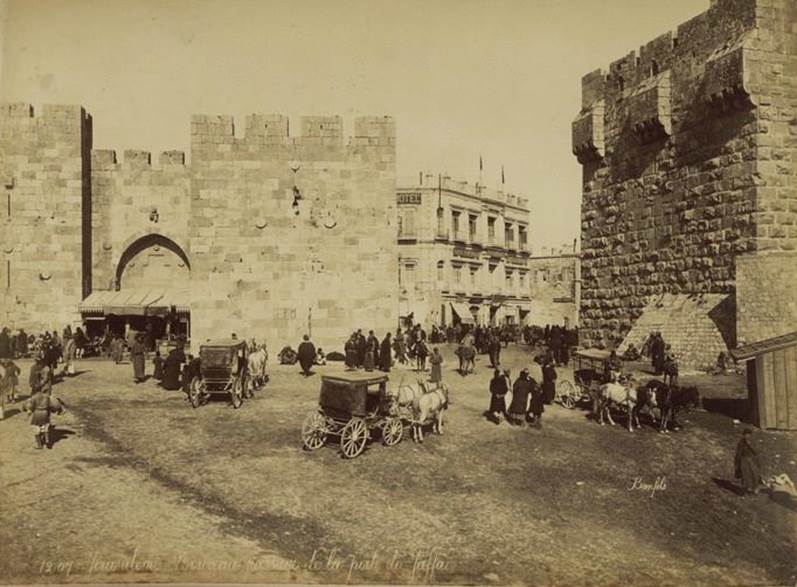 The entrance to the city: Jaffa Gate, photo: Bonfils House, around 1899. This was taken shortly after the filling of a ditch, which enabled horse-driven carts to access the city. 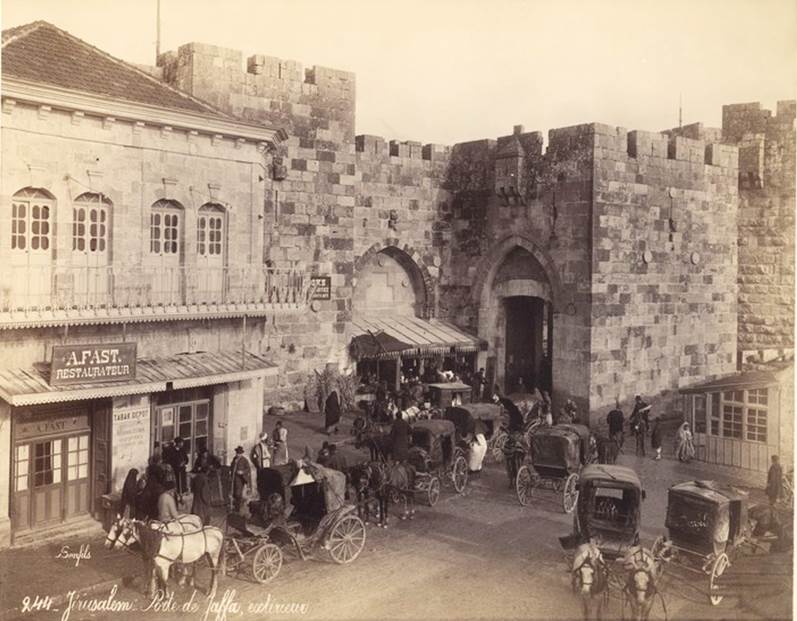 The Jaffa Gate, towards the end of the 19th-century, photo: Bonfils House

The Citadel of David and the commerce square in front of the Jaffa Gate, around 1870, photo: Félix Bonfils. 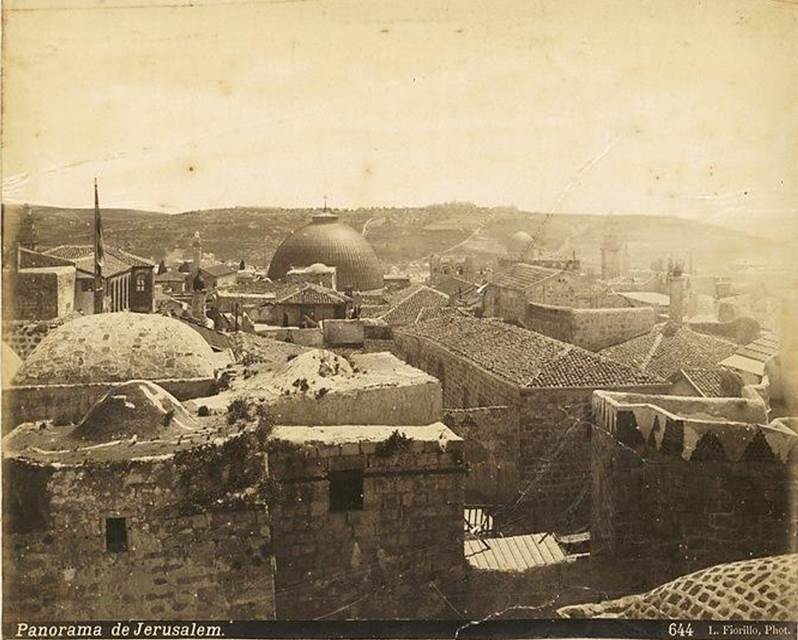 A view of the Christian Quarter from the Citadel of David, photo: Luigi Fiorillo, around 1875.

A street in the Christian Quarter, photo: Félix Bonfils, around 1870.

Jews praying at the Western Wall, photo: Félix Bonfils, around 1880. 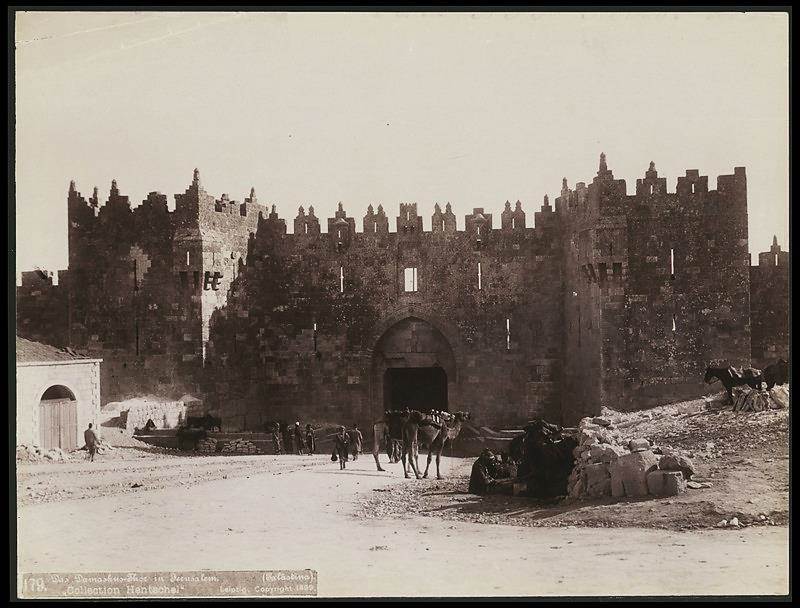 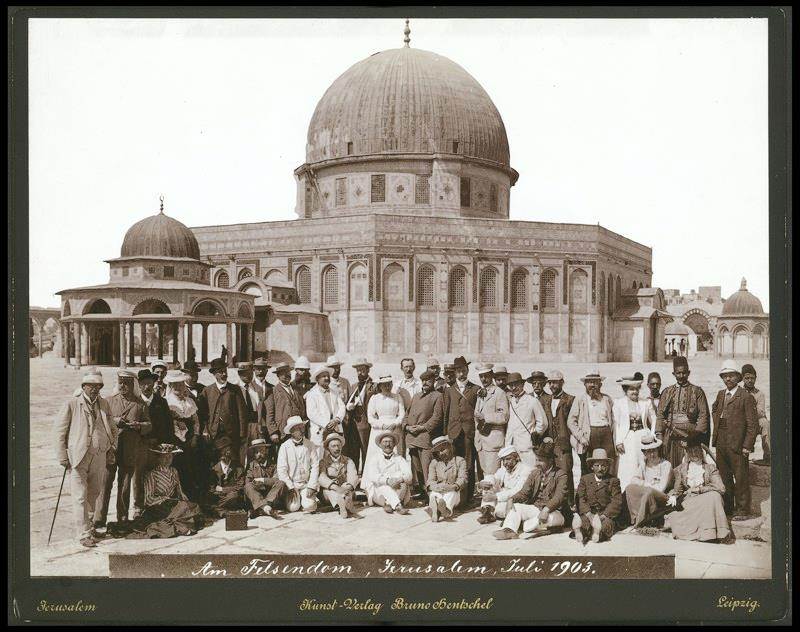 A group of German tourists visiting the Temple Mount, 1903. 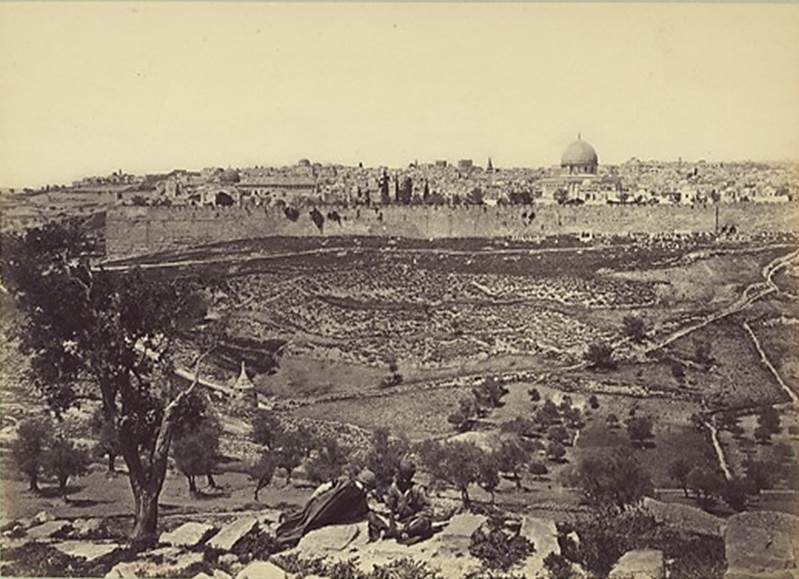 A view of Jerusalem from the Mount of Olives, photo: Frank Mason Good, 1875. 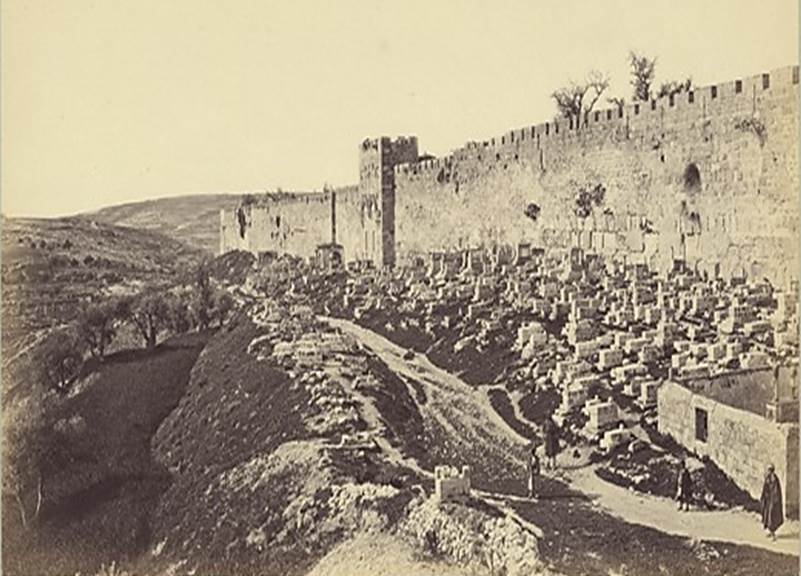 Dr. Gil Weissblei is an archivist and researcher of the history of the Hebrew book in the 20th century in the Department of Archives, at the National Library of Israel. For more artifacts and explorations, see the Library’s blog.

About the Author
Dr. Gil Weissblei is an archivist and researcher of the history of the Hebrew book in the 20th century in the Department of Archives, at the National Library of Israel.
Related Topics
Related Posts
Comments