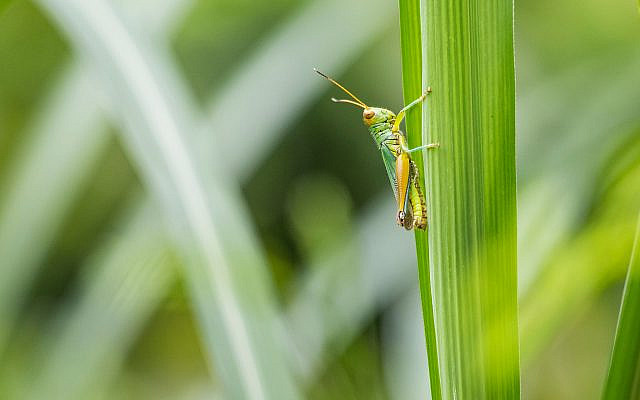 On May 29, 1953 Sir Edmund Hillary and Tenzing Norgay became the first to climb Mount Everest, the tallest mountain in the world. What is incredible to me though, is that since that time over 4,000 people have successfully climbed Everest, including an 81-year-old man from Nepal! Similarly, within weeks of Roger Bannister breaking the four-minute mile, others also followed suit.

Simply knowing something is possible can help make the improbable possible. Conversely, not believing in one’s own abilities can prevent important things from happening. No story illustrates this lesson better than the incident of the spies recorded in this week’s Torah reading, Parshat Shlach:

Moshe sends in the spies to scout out the land of Israel and they return with a negative report.

The spies report back that the cities they visited were powerfully fortified. They share that they encountered the offspring of giants and that the fierce nation of Amalek dwells together with the other Canaanite nations. Despite Caleb’s efforts to calm the people, the ten scouts declare: “We cannot ascend to that people for they are too strong for us…the land through which we have passed to spy it out is a land that devours its inhabitants…”(Numbers 13:31,32).

Where is the people’s faith?  Are they not the same people who witnessed the ten plagues and the splitting of the Red Sea? Did they not stand at Sinai and hear God revealing the Torah? Why then did the people not believe they could handle the nations who inhabited the land of Israel?!

I believe the answer lies in the famous line with which the spies ended their negative report:
Vnehi b’aineinu kachgavim – “and in our own eyes we were grasshoppers”, v’chain hayinu b’aineihem” “and so we were in their eyes”. (Numbers 13:33)

What the spies were saying was that because “in our own eyes we are like grasshoppers” – because we see ourselves in this way, others see us in that way too. Perhaps without even realizing, the spies were able to explain why their enemies looked upon them as small and insignificant, as grasshoppers. The spies, distinguished princes from each Jewish tribe, were men of great stature but they lacked self-esteem.  They saw themselves as weak and impotent and therefore were unable to inspire the people to go forward.  Despite all miracles they had witnessed, they deemed themselves unworthy of God’s intervention. Perhaps, as my teacher Rabbi Buchwald suggests, their self-esteem had been beaten out of them by the many years of slavery or perhaps they had become so reliant on God’s intervention that they saw themselves as helpless. Either way, since they had a low self-opinion, so would everyone else.

So much of what others think of us comes from the way we think of ourselves. Our self-perception so often determines our behavior and how others perceive us. If we are small in our own eyes, we will be small in others.

In our professional lives, if we question our own skills and abilities – if we doubt how much value we bring to the table – then the people with whom we work will do the same.

The same applies in our social and romantic lives. If we are unhappy with ourselves, if we are lacking in our own self-esteem, then when we present ourselves to other people that, that too will, no doubt, present itself. This is perhaps why the Torah famously tells us: “Love your neighbor as yourself” (Leviticus 19:18). If we don’t sufficiently love ourselves it will be very hard to love someone else.

In our religious lives, perhaps without a formal Jewish day school education, many feel unable to go further in their Jewish knowledge and observance. However, as many of my students at MJE have demonstrated, being Jewish is about showing up.  Living as a Jew means exerting oneself to learn more, attending an online Torah class, improving one’s Hebrew or gaining a mastery over a part of Judaism we didn’t even know existed. One MJE participant, who had virtually no Jewish educational background, went on-line every day to study a page of Talmud. After seven years, he completed the entire Talmud and just a few months ago, we celebrated together at the Siyum Hashas event at Met Life Stadium. He saw himself as able and capable and so he was able to do it.

So much of what we accomplish comes down to the way we look at ourselves. Are we takers or are we givers? Are we giants or are we grasshoppers? As the Jewish people, do we look at ourselves as a proud nation entrusted with a Divine mission or are we apologetic for our very existence? Are we sinners or people with great potential who sometimes fail?

The answer to these questions will, no doubt, determine how our friends and our enemies perceive us, but it all starts inside. If we can get the inside right, the outside will fall into place and the extraordinary and uplifting person we know we can be, will become a reality.