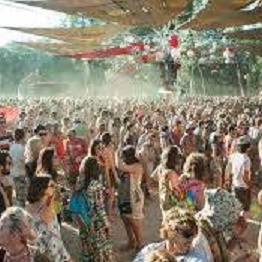 There is often a misconception between being Sober and being Clean.  One can be clean from drugs and alcohol yet still behave in a manner that makes it impossible for them to progress in life and often intolerable for loved ones to be around them.  Sobriety is not a lack of drugs and alcohol.  It’s a totally new and different way to approach life.  Being sober means learning to face life on life’s terms without running away.  This seems to be the hardest part of living a sober life.  As I share with anyone who is suffering from drug and alcohol abuse the actual “using” is only 10% of the whole.  The other 90% is the real issue.  How do they act when they are under the influence?  What are they running from?  What has happened when they ran away? Did it solve anything or make the problem worse?  Are they capable of actually communicating with others, to show them empathy or even any interest in them at all?

Two months ago I attended my first real nature festival surrounded by kids a third my age. I was juxtaposed into a world of young people enjoying music, dancing, camping out and unfortunately many partaking in large amounts of drugs seemingly to enhance their experience yet often having the opposite effect. By the second day of the festival everyone knew I was an addictions counselor and many decided to talk to me about their drug and alcohol use.

About a month after the festival I received this message:

“Hey Tracey, following the conversation we had back at the fest I want to let you know that I’ve been completely sober from marijuana for over three days now. I’m going strong and have full confidence in myself. There are moments when it’s a lot to handle. Not the temptation to use, but the sobriety itself. I’ve never been sober as an adult and I’m 31 years old now.  I really could use some support and someone to talk to. Can you help me?”

This inspired me to start my first support group for young adults who wished to explore a sober life.

After spending over 30 years working with teens and young adults I understand that the most important thing to any young person is their peer group.  Sadly what connects so many kids today is mood altering chemicals.  This young man had to learn for the first time how to truly connect to his peers while not under the influence.

One of the first things I explained was that there are three things they must change: their Playgrounds; Playmates and Playthings.  To them this sounded simply impossible when their “using” playmates are their only friends, their “using” playgrounds are the only places where they feel comfortable and accepted and their playthings are of course the drugs, alcohol and other negative things they occupy themselves with that have helped them to run away from the pain of life as it truly is.

So we embarked on a journey to help recreate healthy playgrounds, playmates and playthings.  I reached out to other youth I had met at the festival and asked them: Is your life unmanageable?  Would you like to make changes to enable your life to be more manageable and one you feel good about?  Are you willing to talk about your experiences and to consider making the changes needed to be more in control of your life? I was excited to receive responses from 6 other young people who felt lost in their ability to move forward in a healthy way.  All of their friends were “Using Friends” meaning that the “Using” was really all they had in common.  Their conversations were superficial and most importantly non-threatening.  They could spend an entire night talking about virtually nothing.

The kids in the group shared that they had never had the opportunity to speak about their experiences through the years and why in essence they started using drugs.  They were excited to meet other young people some who had been sober for a few months and some who were ready to try to live their lives drug-free.  All of them were willing to share honestly about their experiences and sense of feeling a lone after deciding that mood altering chemicals were not working to make their lives happier and more fulfilling.

Our first group sessions evolved around how they saw their lives as unmanageable.  The reasons they started using drugs and alcohol varied.  Some due to feeling depressed and disconnected from their peers leading them to drink a lone just to find a way to feel their feelings and allow themselves to emote.  Others used drugs and alcohol to connect to peers believing that if they didn’t partake in “using” their peers would not accept them.  One young man shared that his friends were discussing using LSD and when he shared that he didn’t they looked at him in disbelief.  At that point he stated: I smoke pot though is that good enough?  How sad to have to rationalize your worth by proving that you take drugs or drink alcohol.  Another girl in the group shared that she had a very challenging job working with terminally ill children and simply couldn’t fall asleep without smoking weed.

In order to help them deal with the temptation of “using” we discussed ideas that would help them to deal with their lives sober and prevent relapsing.  We spoke about the importance of identifying stressors that caused them to want to “pick up”. We listed ways to relax and fall asleep without needing the numbing effects of marijuana such as turning off their phones and computers at least an hour before sleep, reading a book, drinking caffeine-free tea and journaling to empty their minds and hearts before turning off the light. I also suggested creating a “Keep it Green” drawing depicting the worse experiences they have had when using drugs or alcohol, something they could put up in their rooms to remind them why they wanted to stop.

As our last session ended each one shared how the group helped them more than all of their past therapy sessions had.  This did not surprise me.  Creating a support system of caring peers is the key to growth of any type.  As our next group approaches I am excited to hear how they are progressing.  It’s a work in progress but now they all know they are not alone.