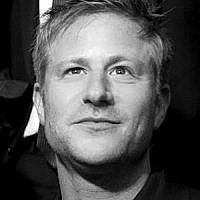 The Blogs
Charlie Newmark
Apply for a Blog
Please note that the posts on The Blogs are contributed by third parties. The opinions, facts and any media content in them are presented solely by the authors, and neither The Times of Israel nor its partners assume any responsibility for them. Please contact us in case of abuse. In case of abuse,
Report this post.

By the age of 21 my Great Uncle Max had joined a right-wing European Zionist organization in Europe, infiltrated Hitler Youth and fled Hitler’s grasp to Mandate Palestine with the help of a German police officer. Max’s son, Gershon, told me that Max fought the Syrians during Israel’s War for Independence and later become Deputy Commander of the Sefad-Kinerret region.

My Great Uncle Max is a hero of the Jewish people and the State of Israel. He turned 100 in December but our family came to Israel shortly before Thanksgiving to celebrate his birthday. His story deserves to be told, memorialized and always remembered.

As a young man Uncle Max’s father wished him to enter the world of commerce. Max, though, was attracted to the growing European Zionist movement. He joined a local chapter of Beitar. Unlike many Jews, Max easily passed as a German. Though little is known of what he found out, Max was sent to join a group of “hooligans,” as his son described them, lead by a German named Hans Vessel. The group would become strong Nazi supporters and Hitler Youth.

At 19 Max decided he was leaving Europe – for Palestine. His father wouldn’t sign his passport, so Max, clearly an Israeli-in-the-making, went to a local police station and convinced a police officer to come to his house and speak with his father. The persuasion worked and Max was soon on a train, then a ship bound for Jaffa.

Max worked construction for 3 years. He wanted to own a rifle, so he joined the British Police Forces and served during the Arab revolts of 1936-39. It was due to those revolts, he said that his training course was shortened from a few months to a few weeks. But Max was also part of the Irgun at the time.

He was stationed as a cavalryman in Semach, in the North, where he was the only Jewish officer. One of his pictures became a famous depiction of Zionism’s “new Jew.” He mastered English and was assigned different tasks as a “native” (non-British) officer. When the British left they allowed him his rifle, 200 rounds of ammunition and a helmet. The helmet, Max says, was a rare commodity at the time.

On December 7, 1948, Max’s wife went into labor. He sat in the passenger seat of a car with a pistol as his wife sat in the back, in labor, next to a Jewish soldier holding a hand grenade and they ran several road blocks to get her to a hospital. Later his wife and child had to be moved away from the front as fighting neared. Max took part in a standoff with the Syrians for a number of days, and, “thank God,” his son and my cousin, Gershon tells me, the Jews won.

Max spent 30 years as a police officer in Israel, but he served the Jewish people and State his entire life. Now, at 100, he is one of the oldest heros of Zion left. My time with him in Israel has left me in awe of the things he and others did so that we may stay a free and safe people.

We should all never forget the heroes, like my Great Uncle Max, who gave us back our land.

About the Author
Charlie Newmark originally from New Jersey, now splits his time between Los Angeles and New York. He is a successful entrepreneur. He is an avid photographer and artist. He enjoys traveling, writing, exploring various cultures, acting, and practicing "the power of now."
Related Topics
Related Posts
Comments