It’s not every day that a semi-forgotten Jewish holiday makes a dramatic comeback to the forefront of public life. But when one does, it does so with a bang.

Growing up, the seventh of the Hebrew month of Marcheshvan was that day when religious schools talked about praying for rain (see more here), and nobody else cared. Back in the days of the Temple, we only started praying for rain in earnest on that date, after the Diaspora Jews who visited Jerusalem for Sukkot had enough time to return home safe… and dry.

We follow the same rules today, but if you don’t pray regularly, chances are you haven’t heard about the seventh of Marcheshvan before. 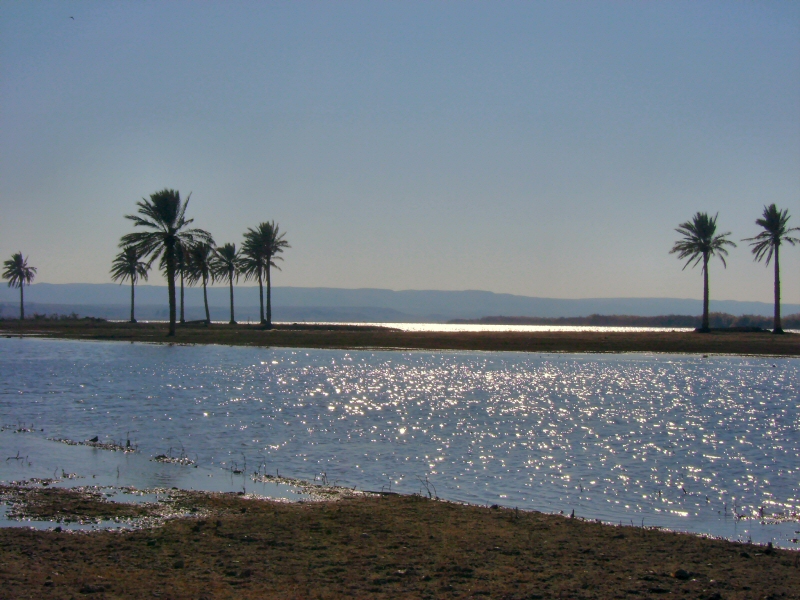 Rabban Gamliel: “On the seventh of the same month, namely, 15 days after the Feast of Tabernacles, in order that the last Israelites might have reached the river Euphrates.” (Mishnah, Ta’anit, 1:3)

Until, that is, this year, when, all of a sudden, different groups and organizations are reinterpreting, championing, and highlighting this day. For vastly different purposes, of course. Because that’s the Jewish way, after all.

So what is it, again, that we will be celebrating tomorrow (other than finally leaving this American election season well behind)? If, like me, you are somewhat confused — here is a short Guide-for-the-7th-of-Marcheshvan-Perplexed. 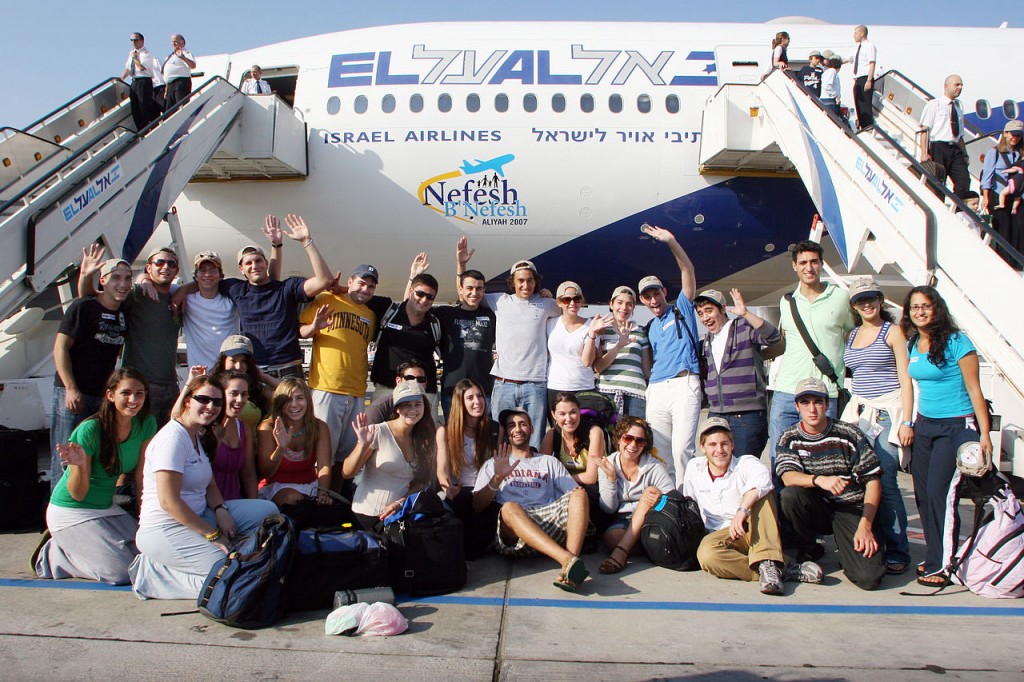 Back in June, the Knesset passed a law that turned the 7th of Marcheshvan into a new national holiday: Aliyah (Immigration) Day. On this day, Israel’s schools, army, and various government branches will celebrate the Jewish immigrants that created, enhanced, and continue to enhance Israel, and acknowledge “their various contributions to the state.”

Interestingly, the law doesn’t specifically address the historic significance of the chosen date (see the Hebrew text here). The buzz surrounding it focused more on the coming Weekly Torah portion, where Abraham becomes the first oleh. Furthermore, the choice of day seems rather ironic, since the original reason we mark the 7th of Marcheshvan is our care for the Jews who choose to go back to their Diaspora homes — not the ones who choose to move here.

That said, the fact that every Jew has the right to make aliyah does highlight the connection between Israel and the Jews of the world. By securing this right, the Law of Return defined Israeli citizenship as the joint asset of all the Jews everywhere. We all have stakes in the Israeli enterprise, whether we choose to cash them in by making aliyah, or not.

Standing Up for World Jewry

“Don’t forget Diaspora Jewry: We demand a settlement at the Kotel!”

The idea that world Jewry has a stake in Israel sounds nice. But does it hold water when Israel’s government ignores the sensibilities and needs of Diaspora Jewry, effectively telling them that if they want their voice to matter, they should make aliyah?

The Orthodox Israeli organization Ne’emanei Torah Va’Avodah answers this question with a resounding, “No.” Israel, the organization believes, should make more of an effort to include and engage Diaspora Jewry, and the 7th of Marcheshvan is the perfect opportunity to demand that. On the day that reveals ancient Israel’s consideration and care for the Jews of the Diaspora, we should follow in our forefathers’ footsteps and show similar care.

This year, Ne’emanei Torah Va’Avodah are using the 7th of Marcheshvan to draw attention to a particular source of Israel-Diaspora strife: the prayer arrangements at the Western Wall.

On the day we remember the millennia-old connection between Israel and Diaspora Jewry, the organization calls upon the government to implement the compromise it approved earlier this year, and remember that “the State of Israel is the state of all parts of the Jewish people, and it should be stated clearly that the site of the Kotel belongs to the entire Jewish people.”

Ne’emanei Torah Va’Avodah’s call is part of a bigger project. Shmuel Shattach, the organization’s Executive Director, wants to change the prejudices that make Religious-Zionist Israelis dismissive of world Jewry. “The Religious-Zionist sector believes that everything meaningful is here in Israel, and Diaspora Jewry is simply irrelevant,” explains Shattach. “And we try to spread awareness that this is not the case.”

Shattach speaks from experience. As a young Religious-Zionist shaliach in Chicago, he expected the local community to welcome him with a figurative red carpet, eager to meet the Israeli who will save them all. “And then I arrived, and encountered this enormous Jewish community that dwarfed everything I’d known in Israel.”

Like many Religious-Zionist Israelis, Shattach was particularly dismissive of non-Orthodox Jews. “I was convinced that the world is divided into wonderful Orthodox Jews and dangerous Reform people, who are out to destroy everything we hold dear,” he recalls. But after a local Reform Jew helped Shattach, his wife, and their infant son to escape a blizzard, the young idealist from Israel could no longer hold such sweeping views.

Shattach’s blizzard epiphany isn’t unique. Many Israelis can testify to similar experiences, myself among them. It’s much harder to hold on to prejudices about each other when we interact face to face. Just as Birthright visitors in Israel often come out with a better understanding of their Israeli brethren, Israelis who visit the communities abroad often come back with more understanding — and respect.

Today, Shattach’s organization tries to spread this understanding within Israel, and particularly among Religious Zionist Jews. For that reason, the organization made a point of emphasizing that they support the compromise at the Western Wall as an Orthodox organization, and was later followed by other Orthodox organizations like Beit Hillel and the International Rabbinic Fellowship.

In the context of these educational efforts, the 7th of Marcheshvan becomes more than a day to pray for rain, or celebrate only those Diaspora Jews who chose to come and live in Israel. It becomes a day to remind ourselves that all Jews have a stake in the Israeli enterprise, and that it’s our responsibility here in Israel to respect this stake and nurture it. 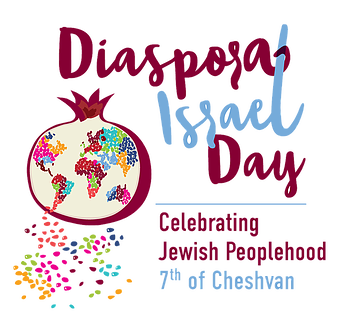 The third reinterpretation of the 7th of Marcheshvan goes beyond Israel’s responsibility towards world Jewry, and celebrates the reciprocal and mutually beneficial relationships between all the Jews of the world. This particular reinterpretation was born a year and a half ago, in a meeting between one Israeli Reform rabbi and his friends from the hi-tech industry.

Back then, recalls Rabbi Nir Barkin from the Israeli Reform Movement, the government of Israel had just signed a groundbreaking agreement with the local Movements for Progressive Judaism. The government asked them to cultivate educational partnerships with progressive Jewish communities abroad, realizing that “our” Reform and Conservative Jews would be the best ambassadors to the (mostly non-Orthodox) Jewish world. The agreement led to the creation of the DOMIM initiative, which Rabbi Barkin heads.

“But the agreement,” says Rabbi Barkin, “though good and innovative, lacked the ‘Wow!’ factor.”

Rabbi Barkin gathered his entrepreneurial friends and asked them to think of the new mission as they would of a new start up. “We should be a Start-Up Nation in more than industry,” he explained. We should be innovative and daring also when it comes to “connections between people.” How can we create a new platform for cultivating Israel-Diaspora relations, he asked, instead of offering “more of the same”?

The result of that brainstorming session was a new holiday, Diaspora Israel Day, which will be celebrated tomorrow for the second time in progressive Jewish communities from North America and Australia to South Africa, Europe and even Beijing. Jews around the globe will gather to celebrate the spirit behind the ancient decision to delay the prayer for rain until the 7th of Marcheshvan: “The fact that we belong and have belonged to the same tribe for thousands of years,” in Rabbi Barkin’s words, “and that we cared about each other all that time.” The gathered communities will read special festival tractates developed by DOMIM and will reflect about the challenges we face as a people today.

“What’s special about these tractates is that they don’t offer a bottom line,” adds Barkin. “There is no message, no agenda, other than the process of dialogue itself.”

Whatever we choose, one thing is certain: the 7th of Marcheshvan was never as celebrated before. The Jewish people is a work in progress, and apparently, so is the Jewish calendar itself.