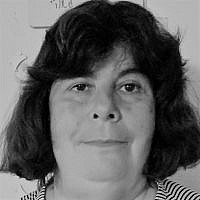 The Blogs
Debbie Bernhardt
Apply for a Blog
Please note that the posts on The Blogs are contributed by third parties. The opinions, facts and any media content in them are presented solely by the authors, and neither The Times of Israel nor its partners assume any responsibility for them. Please contact us in case of abuse. In case of abuse,
Report this post.

As a Brooklyn native who has lived in Jerusalem for many years and has fond memories of my neighborhood branch library in Brooklyn, I would like to discuss some of the issues raised by Julie Rosenzweig in her most recent blog post about the Jerusalem library system.

In fact, the latest news about the entire NYC library system is that “on June 6 the NYC Council voted to adopt the city’s FY18 budget which will include $100 million for capital projects in libraries across the city” “NYPL will receive 40% and Brooklyn Public Library and Queens Public Library will receive 30% each”. WOW, I wish that the Jerusalem library system could get 30% of $100 million!

We could use the money to do a lot of the improvements which Julie suggested, such as increasing our technological innovations. Certainly, some of Julie’s criticisms are valid, but I feel that some are not and I would like to cover them now.

Julie also claims that Beit Ha’Am is not centrally located. I don’t understand this complaint at all. Beit Ha’Am is right in the center of town.

Julie mentions that entire neighborhoods are not served, but does not  list the neighborhoods. Currently, there are 26 libraries in the system, and they serve a wide range of neighborhoods in Jerusalem. Julie also contradicts herself, and says that the city should take over a spare community-center room in order to install a library, but then goes on to mention that a number of the libraries are located in what she claims are inappropriate facilities such as community centers. She says that locating libraries in community centers can only be suitable as a stop-gap measure, but Julie should be aware that moving the library from a community center to a separate building would be extremely expensive and time-consuming and might interfere with the current services of the community center library.

I also don’t understand the criticism of a lack of non-book collections. Many branches have DVD’s available for borrowing, as well as audio books and e-books.

Julie also criticizes the fact that story hours cost money. I am not sure that all of the story hours are free in all branches in Brooklyn, but again, they have more money and may even have a separate paid position for storytellers. In the Jerusalem library system, every activity comes from a different budget. For example, book acquisitions come from a separate budget from story hour, and I don’t believe that the current budget provides for the salaries of the storytellers. The storytellers are experienced personnel, who also bring a wide variety of expensive accessories to the story hour, such as musical instruments and puppets. If the library doesn’t charge for the story hour, I don’t know where the funding would come for this.

Now that I have answered some of Julie’s other criticisms I will address what I feel is the  main problem-her criticism of the personnel in our library system.

First of all, the library certificate program in Israel, which Julie mentioned, is specifically for people who ALREADY have a BA and includes all of the traditional areas of library science, such as cataloging and classification, as well as exposure to new technologies. I don’t know why there are both MA and library certificate programs, I am sure that the directors of these programs could give a good explanation as to why both of these programs exist, but certainly the graduates of both programs are library professionals in every sense of the word.

As to the personnel within the Jerusalem library system, Julie claims that most of our librarians are non-professionals. As a matter of fact, most of our librarians are degree-holding library professionals (I have a masters in Library Science from Queens College). It is true that we have some BA students who, while they are academic, are not library science students. The reasons for that is the nature of the librarian’s position in our system. It’s not that the system doesn’t encourage librarians to be professional, but the hours and part-time nature of most of the positions do not encourage library professionals to stay for a long period. That is why we started hiring BA students as supplementary staff. Most of the neighborhood libraries are open from 1 or 2 p.m. until 7 p.m. for four times a week, with morning hours once a week. Therefore the library positions are generally half-time positions, which most people cannot live on. We would be happy to have most of our librarians work full-time and work hours similar to those  that are listed in my old branch in Brooklyn for example:

At the moment, I don’t think there is any money available for this kind of expansion of personnel.

The other personnel issue that I wanted to mention is that in most of the branches of Jerusalem libraries, there are usually just one or two librarians, who have to perform all of the professional duties of librarians, such as cataloging and acquisitions, as well as the non-professional duties which are performed by library assistants, students, pages or other non-professionals in the Brooklyn public library system. I don’t believe that there is a single library branch in Brooklyn that has only one staff member!

About the Author
Debbie Bernhardt has a master's in Library Science from Queens College. She made aliyah in 1981 and has worked in a variety of libraries in Israel, including the National Library of Israel and the Bezalel Academy of Arts and Design. She is currently working in the Jerusalem municipal library system.
Related Topics
Related Posts
Comments
Advertisement