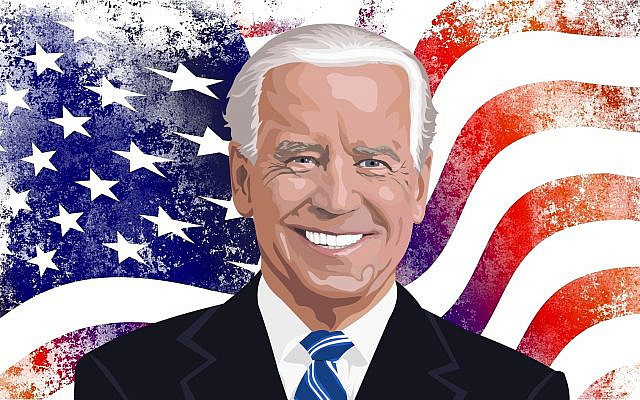 I stayed up Thursday morning until the electoral vote count finished. I had to see that subversion and rioting did not derail the free election of Joe Biden and Kamala Harris.

We Jews are a people of Torah, which means many different specific things in the different major branches of our faith and our people. But among all of us, from Haredi to Reform, Torah stands for one fundamental concept: the primacy of law. On the High Holidays we assert that the world is founded on three things, first of which is Torah, law. Only then come avodah, worship, and gemilut chasadim, charity/good deeds. Without law, though, we are lost, although we must be informed by prayer and charity.

The Lubavitcher Chasids, at least terminologically, take a broader view. Chabad is a kabbalistically based acronym for hochma, wisdom, binah, understanding, and daat, knowledge. Accordingly to those terms, the world should be understood as knowledge tempered by wisdom and understanding. One could almost say that the Hasidic approach to law is non originalist, because contra Scalia, etc al., it tempers knowledge of the law with wisdom and understanding in applying it. These Jewish concepts give a remarkable framework for analyzing the Congressional decision to uphold the electoral victory by vote of 306 for Biden and 232 for Trump, as reported by the states.

What I heard from the Republican objectors comported with none of these Jewish concepts of justice. The law, both in the 12th Amendment to the Constitution and in the 1887 Election Act, was quite clear. States, not Congress, determine the rules for selecting electors who actually choose the president. The Congress does not have a roving authority to decide presidential elections, only the people through the states can. The role of the Vice President under the 1887 law is similarly circumscribed. He or she opens the envelopes and tabulates the votes. That is it.

The law does provide for objections to the state vote reports. But that should apply only where a state does not report, or, as in 1876, it sends more than one certified slate.

None of that happened here. All states reported one certified result. Period. That’s law.

Wisdom, understanding, and charity did not suggest a different result. Had there been proven allegations of fraud, or proven claims that the vote count was a product of corruption or bribery by election officials in cahoots with a state governor, then maybe wisdom, understanding, or charity might have justified a second guessing of the reported electoral votes. None of that occurred here either. 50 or 60 courts at all levels, including the Supreme Court of the United States, summarily dismissed all claims of voting irregularities. In some cases, judges appointed by President Trump called the claims ridiculous. Wisdom and understanding required that they be rejected.

The objections had two further unfounded bases. First, there were claims that many people distrusted the results, so a further commission was needed. To that Senator Mitt Romney gave a sufficient answer — tell them the truth, i.e. there was no fraud. Even Attorney General Barr, the Georgia Secretary of State, and Christopher Krebs, the chief of cybersecurity for the Trump Administration, all Republicans, found no evidence of significant irregularities. The concepts of charity and good deeds required acceptance, not rejection of the results.

The objectors also claimed that Pennsylvania, Arizona and others had violated their own state laws in allowing more mail-in voting and drive-by polling, etc. But under the law, Congress is not a judge of state law; the states themselves are. And returning to wisdom and good deeds, these supposedly unauthorized measures encouraged voting in a pandemic and did not prove vulnerable to fraud. None of the Jewish concepts of justice thus gave any credence to the objections.

The sheer effrontery of the objections was most pronounced in the Republican side of the House of Representatives. A number of Senators had withdrawn their objections due to the chaos and insurrection that the objections had inspired in both enabling the President to advocate violence and his followers to commit it. The Republican leader of the Senate, not generally known for rachmones, in the spirit of gemilut chasadim refused to support any of the objections. Not so in the House, where two-thirds of the Republican members supported the objections. At 3:30 AM, Rep. Louis Gohmert, whose open advocacy of violence had borne fruit, raised an objection to the Wisconsin votes, based on unproven claims of fraud, knowing the objection was illegal because no Senator had signed on to it as required by the 1887 law. It was a last disgraceful act of attempted sabotage, rendered even more ridiculous because by that time Joe Biden had secured enough electoral votes to win even without Wisconsin. What a rasha.

Underscoring the rule of law, of Torah, upheld by the Congress, was the result of the Senate elections in Georgia. An attempt had been made to object to Biden’s 12,000 vote win there. The president had all but commended the Georgia Secretary of State, its chief election official, to find enough votes for him to win. President Trump could not conceive that he had actually lost Georgia which had not gone Democrat in a presidential election in 24 years. Yet the two Democratic candidates actually won by more than had Biden. Biden’s victory a fraud? Not hardly.

The Senate winners were Rev. Raphael Warnock, a black minister of the Ebenezer Baptist Church, where Martin Luther King been pastor, and Joel Ossoff, a 33 year old Jewish journalist and film producer. Both from a state that had lynched numerous black citizens and had conducted the only lynching of a Jew in US History, and where a synagogue had been dynamited because its rabbi refused to back off from advocating for civil rights in the fifties and sixties. That those victories by larger margins than Biden’s gave Senate control to the Democrats made them all the more remarkable. Justice was served, as was law, i.e. Torah, by this joint victory of an African American and a Jew in a state with a violent past where the President had tried to sabotage a Democratic Presidential election victory.

So we Jews have a prism for the events of this week that may help us understand that there was an upholding of fundamental principles to which we subscribe, even in the midst of the dark cloud of riot and insurrection.