“Shared values have been the bedrock of the American-Israeli relationship. Without this connection, the future of the alliance is in jeopardy, claims the BIG group” (Branding Israel Group), as reported in the Times of Israel on 6.21.17

The article further stated that, ”the picture is even more dire when looking at the next generation of potential Jewish leadership. Between the (BIG) 2010 and the 2016 surveys, Jewish college students dropped 27 percentage points on the question of whether they lean towards the Israeli side.”

We must look towards July 4th as a time of “cheshbon nefesh” – an accounting of our soul – as a reflection on our shared American and Israeli values. With the challenge of leadership for the future, our narrative provides a common “teachable moment,” that few of the Jewish Millennials we look to for future leadership, may have the awareness of a critical event in modern Jewish history.

Those of us who are “Baby Boomers” may remember where we were on America’s Bicentennial, July 4, 1976.

One week prior, as the whole of America was preparing for tall ships, and family barbecues, German and Arab terrorists snatched an Air France flight from Tel Aviv, at the horrendously ill-guarded Athens airport, and took it to Entebbe, Uganda. As a part of the Jewish world, we held our collective breaths, fearful of carnage, but praying for Israel and the IDF to come through with a Miracle. And it did, on Sunday morning, on America’s 200th birthday!

We cried tears of joy, of relief, and of sorrow, that leading the mission, Lt. Col. Yoni Netanyahu fell, after giving the final order to his men going into battle, “follow me.”

Successfully, the IDF mission saved more than 100 Jewish passengers, and returned them to Israel. It was no small Miracle.

Last year, July 4, 2016, on the 40th anniversary of the daring rescue, details of the mission were highlighted at Congregation Mikveh Israel, Philadelphia, steps away from the Liberty Bell.

Flown in from Israel to tell the story was Avner Avraham, Mossad Officer (Ret.) and curator of the Entebbe Exhibit now at the Rabin Center in Tel Aviv. While Avraham revealed the “spy secrets” on how the intelligence community gave the raw data and analysis for Rabin to give the thumbs up, his travel companion Benny Davidson, told the harrowing tale of leaving Tel Aviv for a family trip to America as his “Bar Mitzvah” present. Then days later in the old Entebbe terminal, he and his family were in a Nazi-style selection, separating the Jewish and non-Jewish passengers, as to who might live, and who might die.

Discussing the meaning of “Entebbe for this Generation,” Andy Borans, Executive Director of AEPi, shared thoughts on a panel with Yossi Puder, Executive Director of StandWithUs, Mid-Atlantic Region, along with Fay Goldstein, Managing Director, Hasbara Fellowships, Brandon Cohen with the Southern New Jersey JCRC, and myself as co-Founder of Young Jewish Leadership Concepts (YJLC).

It was a fascinating discussion, and the generational divide was apparent, and frightening.  We discussed the lessening of connection from even those young adults who have chosen a life as a Jewish professional. They did not relate to Entebbe as we did, as a key to our identity of connection to the Jewish world. It became apparent that both the Holocaust and Israel have become more distant markers as the two points of connection in a young Jew’s identity. How much more so for young adults who know not Entebbe?

We chose the gathering at Mikveh Israel for a reason. Outside the entrance stands the only US Memorial to the Entebbe Mission, and leader Yoni Netanyahu, as he and his brothers Benjamin and Iddo grew up in Philadelphia.

The story of Entebbe will be told again later this July for young adults to capture the Israeli Miraculous Rescue narrative as their own. Benny will reprise his experience of being rescued by Yoni, and Avner will reveal more “Spy Secrets.”

They will be meeting Jewish young professionals from throughout the East Coast during the July 28-30, 2017, 30th anniversary YJLC Pocono Rafting Leadership Escape. The intent of the weekend is to provide “face-time” with these Israelis whose stories can engender understanding, appreciation and connection to Israel. All the while the young adults with enjoy rafting, volleyball, “s’mores” around the campfire, and an optional paintball excursion to create their own Entebbe rescue re-enactment.

Seventeen young professional leaders, most engaged with Jewish organizations, are on the “Core Team” planning group for what is called “Poco30.” YJLC’s Balcher relates that not only will participants meet some amazing Israeli guests, but since this program includes such activities as rafting and paintball, Jewish young women who want to meet dynamic athletic men, who also care about their Jewish heritage, should check their calendars for the last weekend in July. 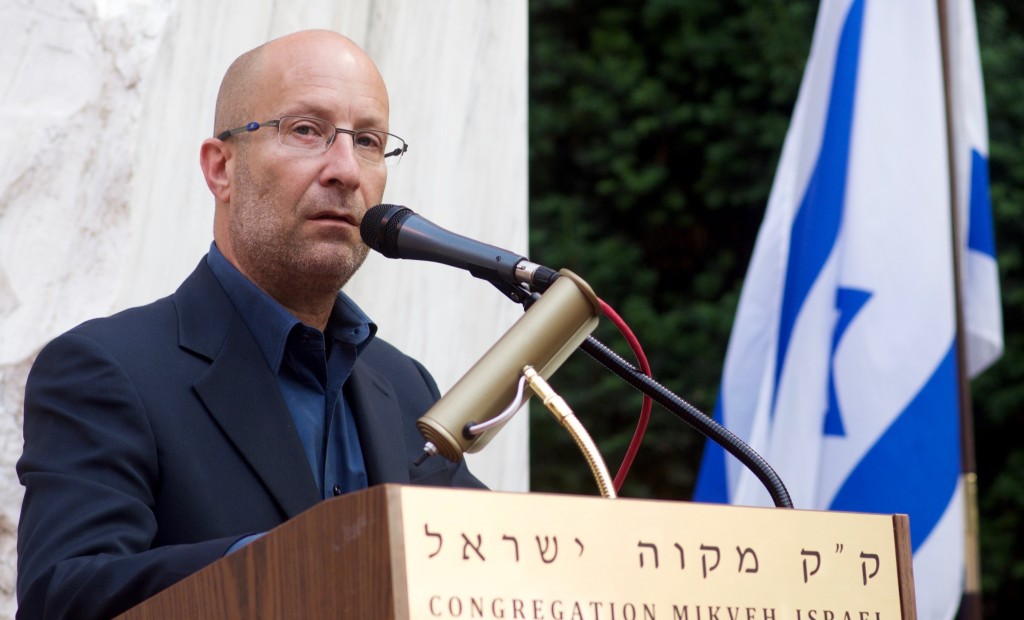 Benny Davidson, Rescued Entebbe “Bar Mitzvah” hostage to speak July 28 to young professionals
About the Author
Lou Balcher served from 2004 - 2013 as Director of Academic Affairs to Consulate General of Israel to the Mid-Atlantic Region. He also served as Education Director for Congregation Tifereth Israel in Bensalem, PA, and as administrator and teacher for Gratz College's Jewish Community High School. He is a former Membership Director for the Philadelphia and Cincinnati regions of B'nai B'rith International. For three and a half decades, he has coordinated post-college young leadership programs for Young Jewish Leadership Concepts. From 2014 - Spring 2021 he consulted as National Director of the American Friends of the Kaplan Medical Center, Rehovot, Israel which serves more than one million Israeli citizens. In the Spring of 2021 Balcher and a team of national leaders inaugurated the American Foundation Creating Leadership for Israel (AFCLI) - "the newest voice for Americans for Israel."
Comments