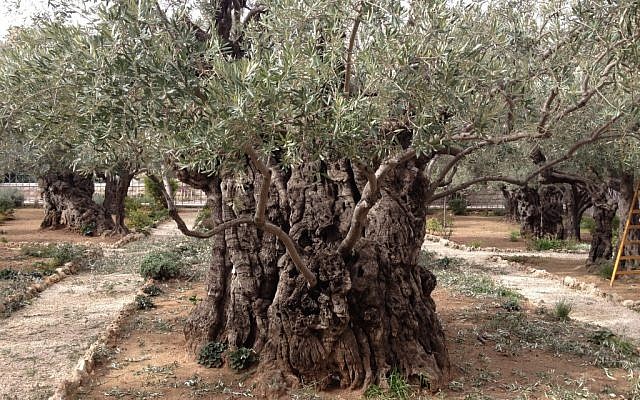 The ancient hollows of Jesus' olive trees in the Garden of Gethsemane (photo credit: Jessica Steinberg/Times of Israel)

Israel is that moment when you drive by an olive tree in ancient Tiberias, and at first you barely even notice it, but then you happen to see a plaque that tells you that this tree is 520-years-old, and you can’t look at anything else.

Because a 520-year-old tree means that living matter can outperform walls. This tree was planted 42 years before Sultan Suleiman the Magnificent completed the walls that currently surround Jerusalem’s Old City. The new city continues to expand, rendering the walls less and less relevant beyond their historical value. But the tree still stands, and it’s still bearing fruit.

A 520-year-old tree also means that roots can go deeper than wars and migrations and the death knell of empires. This tree was a young sapling when the exiled Spanish Jews came to Tiberias to seek refuge under Suleiman’s protection. It grew into an old twisted tree by the time the Jews who fled from Arab countries flooded the city after 1948. Between these two migration, this tree witnessed the fall of the Ottoman Empire, the disintegration of the British Mandate, and the emergence of the young Jewish state. And here it stands: a survivor of it all.

And a 520-year-old tree also means that memory, like roots, can survive against all odds. Turks and Arabs, Englishmen and Jews — all came and left and fought and died, but this tree was never forgotten. Its heritage was never lost. Here it stands among us, with its birth year stamped upon a plaque. 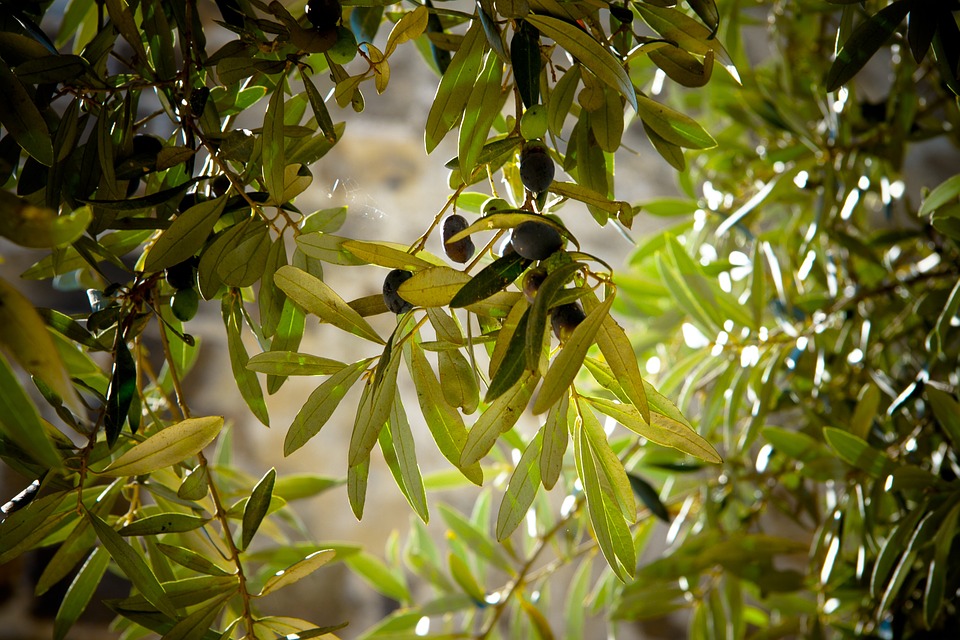 Israel is that moment when you drive by that 520-year-old tree and think about everything it stands for, and your children sit beside you, a living variation on the same theme.

Your children, too, are here against all odds.

Your great-grandmother barely survived the Kishinev Pogrom of 1903. She could have died with her family, and your children wouldn’t have been born.

Your grandparents, who survived World War II and the Holocaust and near-starvation in the USSR, knew close to nothing about their history. They could have died like so many of their friends and relatives. They could have raised their children to stay away from the Jewish past (some of them tried to). And your children wouldn’t have been born.

Your parents had to fight the Soviet regime for the right to come here, risking their personal future in the name of that nearly-forgotten Jewish past. Your father could have died in the Gulag. Your mother could have fought for his release past her child-bearing years. And your children wouldn’t have been born.

But the Jewish story, and the power of those who remember the past, withstood these possibilities and won. Your parents remembered the past and fought for the future and broke through the walls that held them back and made it here, with the wind of the united Jewish people blowing in their sails.

Here, their love bore fruit. Here, they raised you with that wind and that past flowing thick in your veins. Here, you met your husband, and bore new fruits of your own.

And here your children sit, alive and blinking under Israel’s sun as you’re passing that twisted old tree. They are young, but they’re already learning to remember our past. They carry it with them as they play through our today.

Israel is that moment when you pass a 520-year-old olive tree with your young children, and marvel at the power of life and roots and memory to beat impossible odds. The tree, a veteran of a story so like your own, rustles in the wind as you pass it. “Look,” it seems to whisper. “These children are the fruits of the roots that your parents remembered. But they are seeds too — the seeds of the future to come.”