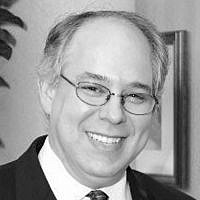 A brief interruption to my usual blogging about the Conservative Movement, but I could not let this pass.

I am saddened at the loss of Justice Antonin Scalia.  When I wrote about this on Facebook, I got a lot of push back from friends.  I have seen fellow liberals cheering at his death, and the ability of President Obama to now appoint another liberal Justice.  While I too, am ecstatic at the possibility of five liberal leaning justices, I do not think we need to cheer at the death of a great man as we get there.

Justice Scalia WAS a great man.  He was perhaps one of the most brilliant people to sit on the Supreme Court, certainly in the modern history. He was passionate about the law, and passionate about his legal philosophy of Originalism. I think herein lies the problem of most liberals. If we define originalism and learn a little bit about the man and his legal beliefs, not only do I think we will see that he deserves praise, but specifically as Jews we need to show him respect.

Many people will remember Justice Scalia as being anti.  Anti-Abortion, anti-Homosexual, anti-Women. But the truth is that his rulings are not so much anti as they are originalist. To an originalist, ALL legal power belongs to the individual states, as is stated in the Constitution. So to an originalist like Justice Scalia, the individual states have the right to enact their own laws without worrying whether the Supreme Court is going to deem them unconstitutional.  For example, if a state wants to ban abortion, that would be fine to an originalist, as long as it does not hinder any other rights as codified in the original intent of the Constitution. The same is true about same sex marriage. To an originalist, if a state wants to permit same sex marriage that would be just as fine as a state wanting to ban it.

Often, the originalist will seem to be ultra-Conservative, which is why liberals love to hate them. But this is not always the case. Take flag burning as an example. In 1984, Texas someone challenged a Texas law that banned burning the United States flag as a form of protest. Surprisingly, Justice Scalia saw that as part of the framers original intent when they penned the first amendment and gave us all freedom of speech. Another example is DNA search without warrant. In 2013 a Maryland man argued that he did not consent to a swab of his cheek.  His DNA was added to a state database and he said that this was an unlawful search. Justice Scalia agreed, saying “the proud men who wrote the charter of our liberties would not have been so eager to open their mouths for royal inspection.”

Now here comes the Jewish part. To drag this man’s name through the mud is, in my mind, a form of sinat hinam, causeless hatred, the traditional reason for the destruction of the Second Temple in Jerusalem. When discussing the failed rebellion of Korach in the Torah, the 13th-century commentator Meiri wrote: “The arguments between Hillel and Shammai: In their debates, one of them would render a decision and the other would argue against it, out of a desire to discover the truth, not out of cantankerousness or a wish to prevail over his fellow. That is why when he was right, the words of the person who disagreed, endured. An argument not for the sake of heaven was that of Korach and his company, for they came to undermine Moses, our master, may he rest in peace, and his position, out of envy and contentiousness and ambition for victory.”  This analogy works very well with the US Supreme Court as well.

Hillel and Shammai clearly did not get along and never agreed. However, in their time, they both had valid opinions each had their own followers. Hillel followers were not bad-mouthing Shammai followers and vice versa. The Talmud later says about them “These and these are the words of the living God.”  Our major job as Jews is to be a light unto the nations. Our job is to always take the higher ground, always look to morality to help guide us.  We all should praise the life of Antonin Scalia, whether you agreed with him or not.  May his memory be a blessing!

About the Author
Phil Goldwasser served on the board of directors of his synagogue, The Highland Park Conservative Temple - Congregation Anshe Emeth in Highland Park NJ, and chairs the youth committee. He holds a masters degree from JTS. For close to 20 years he was involved with USY as a USYer and staff member. Having conquered being a parent of USYers, he and his wife Marsha have returned to staffing USY.
Related Topics
Related Posts
Comments
Advertisement