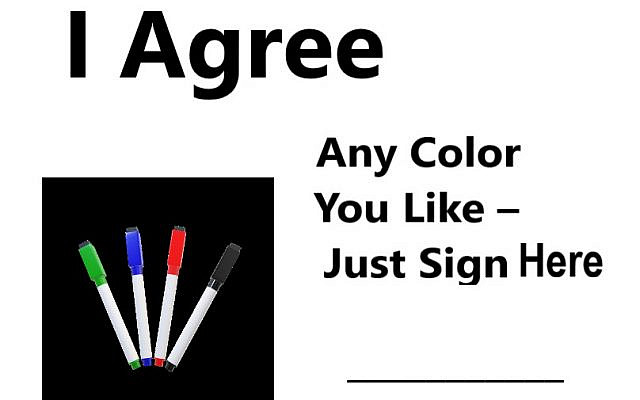 Don't ask questions, just sign - the masses will pay for it

Our new government will start life with at least 32 ministers. However, under the coalition agreement signed between Benjamin Netanyahu and Benny Gantz, this is expected to increase to 36 over the next six months. This will make for the largest government in Israel’s history. This can only be good for us citizens; 36 ministers, each dedicated to improving our lot, each fighting for you and me without a thought for their own status, personal importance or, chas v’chalila, pockets.

There have been many unseemly struggles amongst our new members of Knesset as to who will become a minister. But, how can portfolios run out? Although our present system provides for a very limited number, there is a very simple solution to this problem – create more ministries.

Ministries should be created at street level – yes, a minister for every street in Israel. There are 16 cities in Israel, as defined by a population over 100,000. There are a further 73 localities granted “municipality” status by the Ministry of the Interior.

For the purposes of this discussion, I arbitrarily take 100 streets for each city and 50 for each municipality. That gives us a total of 5,250 streets. Just imagine if we were to have a minister for each and every street. No more in-fighting amongst our elected representatives. And there would be a major boost to the economy.

Each of the 5,250 ministers will have a fully staffed office, and an armored car with a full-time driver. That will help reduce unemployment and bring much needed revenue for the car importers. All this for the trifling sum of NIS 5 million per minister per year. We taxpayers will be delighted to foot the bill (a total of NIS 7,350 million).

Just a short while ago, members of the Knesset showed their understanding of the situation by voting themselves a salary increase of just 2.8 per cent. Ministers will make do with NIS 50,623 a month. After all the disagreements and back stabbings that have marked the past year of political stalemate and inaction, it was encouraging to see that all MKs were in agreement and voted with one voice to give themselves the well-deserved salary increase. I was very pleased to see that our lawmakers were able to find the money for their salary increases without taking anything from my state pension for the elderly of NIS 1,554 a month.

When I first started thinking about this problem, I toyed with the idea of a minister for every house, but this would be ridiculous, an absurd notion, totally unworkable. So, let’s stay at street level, something we can afford.