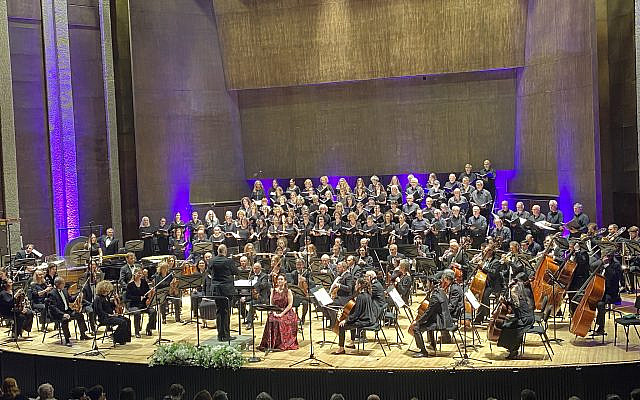 Secular poetry written in a mixture of Latin, mediaeval German and French by groups of monks and scholars in the thirteenth century were set to music in the twentieth century by the German composer, Carl Orff. The orchestration calls for an especially large orchestra (with extensive timpani and brass) as well as an enormous choir, giving a grand and grandiose effect. Its title translates as ‘Songs of Beuren,’ the Bavarian abbey where the original manuscript was found in 1803.

The texts extol the pleasures of the tavern, nature, life, love and lust. I was fortunate to be given a record of the work many years ago (I think it was for my twenty-first birthday), and so I was introduced to the work, which I found fascinating. Unlike much contemporary music, especially that written in the twentieth century, it is tuneful and easy on the ear. To some extent it constitutes an attempt to reproduce some elements of mediaeval music but in a greatly expanded form. It contains rhythmical, thumping music as well as parts that are lyrical and romantic (and apparently for this reason was popular with the Nazis, whom Orff supported). There are poems that contain humour, usually at the expense of the individuals who constitute the church hierarchy, or poke fun at the hypocritical way of life of supposedly ascetic monastic regimes which in fact partake of the joys of the flesh, with lavish food, alcoholic beverages, and loose women.

In order to perform Carmina Burana on stage a tremendous effort is required in combining orchestra, choir and soloists. This was achieved in the performance we heard last week at the Jerusalem Theatre, with the Jerusalem Symphony Orchestra, three choirs and soloists – all of the highest standard.

To sit in the packed auditorium and get swept away by the opening chorus, in which the choir blasts out ‘O fortuna,’ describing the vagaries of fate as reflected in the waxing and waning of the moon, is an unforgettable experience. The music varies from fortissimo to pianissimo, and the three combined choirs (The Jerusalem Oratorio Choir, The Tel-Aviv Collegium Singers and the Jerusalem Capellata Oratorio Choir) sang in perfect harmony, creating a very powerful effect.

The conductor of the Tel-Aviv Collegium Singers, Yishai Steckler, was also the conductor of the entire performance, and this enabled him to display his energetic involvement in the event. His enjoyment of the music was evident to all. The three soloists performed their parts in a professional and polished way, though the portly baritone, Alexei Kanionikov deserves special mention for adding his comedic acting ability to his excellent singing, providing an additional element to the event.

The audience applauded so enthusiastically at the end that the conductor coaxed orchestra and choir to giving an encore and repeating the opening chorus, which is also the concluding one. I’ve heard the music many times, in both recorded form and on the radio, but nothing can compare with the effect of the massive choir and orchestra in a live performance – a musical experience like no other.