On Thursday, December 10th, 2020, something happened that brought more joyful tears, sighs of relief, and a delightful surprise to me as a Moroccan Muslim and many of my Jewish Moroccan counterparts around the world. US President Trump announced that Morocco and Israel are to normalize ties with each other.

To many it was a surprise overall, to me it was only a surprise regarding the timing, the outgoing President Trump, the Sahara conflict going quiet, and peace in the Middle East flourishing with the two Gulf states of Bahrain, the UAE as well as Sudan progressing by the day. To add another country, larger and influence like Morocco was ground breaking, there is perhaps no bigger prize in the MENA region when it comes to making normalization deals and progressing diplomatic relations. Many factors played into this happening and much is yet to be announced, however, this deal plays within my heartstrings so I thought I would start writing about it from day one, as we experience an unprecedented rollercoaster of peace that has yet to hit the brakes. 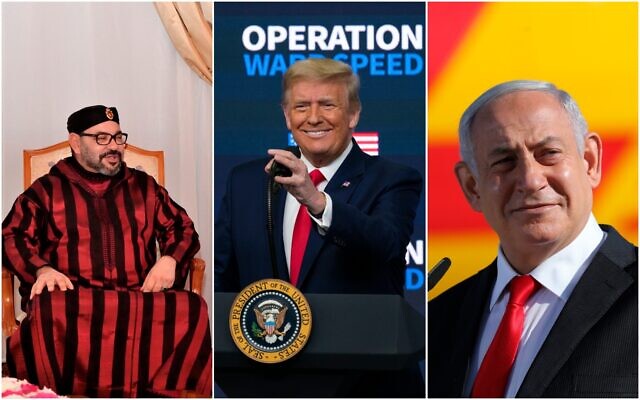 It is expected that Morocco will be opting into the Abraham Accords and following a similar set of accomplishments diplomatically, economically, and on other issues bilaterally. Morocco and Israel once had an economic liaison office that was forced to close back in 2002 that will most likely be the first things to come back as well as the exchange of ambassadors and direct flight, which Prime Minister Netanyahu announced on Thursday. This deal will signify the fourth Arab League member normalizing ties with Israel is only a matter of months, something that has not been seen before, and that no doubt will wage greater political support for Israel’s longest-serving Prime Minister. It also must be known the Jewish Moroccan community of Israel is very much inclined to support the Likud, a trend that is in line with many Mizrahi Jews that has forever symbolized the political reactions and rejections from their first years in a Labour party dominated Israel.

The Palestinian Ministry of Foreign Affairs said it “does not interfere in the internal affairs of the brotherly Arab countries.”

My reaction that many young Moroccans are embracing more and more by the day is that normalization with Israel gets to allow Morocco to have a peacemaking diplomatic status being able to cooperate with both Israel and Palestine. More domestically, Morocco will be able to see direct flights and diplomatic cooperation with Israel, which hosts the second-largest Moroccan diaspora of Jewish Moroccans who made Aliyah and who make up Israel’s second-largest Jewish community with over 1 million Israel citizens with a full or partial Moroccan background. Being able to know that tourism happened between Israel and Morocco to the tune of over 50,000 Israelis visiting Morocco a year keeps Moroccans assured that it would grow exponentially inside and outside the Jewish Moroccan community but all of Israel. Another key frontier is Morocco’s ability to receive both diplomatic recognition and military assistance in the Western Sahara conflict, which the Palestinian authority pledged Algerian support for by way of the Palestinian Ambassador to Algeria, Amine Ramzi Makboul meeting in Algeria on Sunday, November 15th, where he pronounced support for an outdated referendum of Sahrawi self-determination as a solution to the ongoing conflict. This once again did not resonate well with the Moroccan public and inspired status quo breaking conversations on Morocco’s political relations with Palestine and behalf of the political entities related to the Palestinian cause. For me, this means Morocco and Moroccans may finally break out of the Anti-Israel echo chamber and be able to stand for domestic interests and potential benefits that come from such regional cooperation. Peace is always a great step especially in the Middle East and North Africa, however Moroccan and Israel have a completely different taste, and I assure you it tastes better than Moroccan Tajine!

Morocco and Israel even without official normalization have a long history of cooperation for many decades under King Hassan the 2nd and Mohammed the 6th. Whether it was, Mossad to Rabat cooperation on project Yachin that saw 97,000 Moroccan Jews migrates to Israel in 1961 or intelligence support from Morocco to Israel in the 1967 6-day-war when Hassan the 2nd handed over Arab league transcripts defining the flawed attacked strategy from the Egyptian and Jordanian frontiers. Zooming forward to as recent as 2018, when Israel and Morocco had a $48 Million Arms deal that saw Morocco purchase three IAI Heron drones for use to keep the Polisario front in check within Western Sahara. 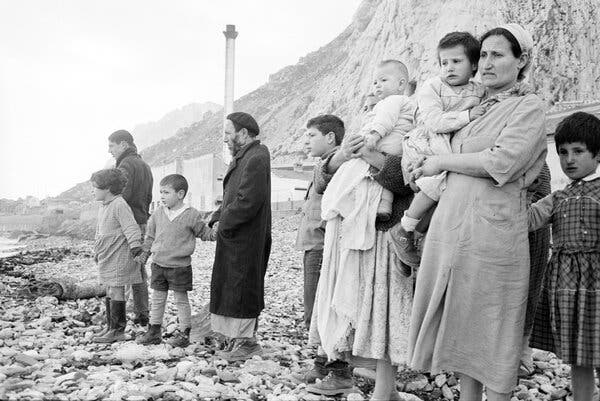 Moroccan Jews on the beach in Gibraltar in 1961 while in transit to Israel.Credit…Jack Garofalo/Paris Match, via Getty Images

Two Arab nations have praised the deal thus far, being Egypt and Oman, two countries fond of continuing the Arab league coalition against Iran and in favor of normalization with Israel, breaking the 2002 condition being that a Palestinian state would have to be established first to do so. The usual Palestinian Authority, Iran, and the Polisario Front have all condemned the deal, as it without a doubt does not fit within their aspirations of continued division in the Middle East and North Africa. Spain also supported this deal however with their relation to the Western Sahara conflict they condemned the American quid pro quo on recognition, which to them does not fall in line with a favorable solution to the ongoing conflict. On the world stage, the United Nations Secretary-General, Antonio Guterres claimed that his position remains “unchanged” on the Western Sahara disputed territory, which is an attempt to continue the political status quo to hand over this issue to the United Nations Security Council.

It will never be more transparent to Moroccans then in the next few days that Israeli and Moroccan interests are very much in line and cooperation is not only a strategic positive but also a morally intact move that allows Moroccans to be further connected with their history and Jewish counterparts without doubts or barriers. This deal has many more details and potentials that will be announced by the days and weeks, however without a doubt this has brought joy and is very much a dream come true.

About the Author
Walid Tamtam was born in Gatineau, Quebec, Canada, growing up hailing from a Moroccan background in schools, mosques, and other familiar social environments, anti-semitism seemed to be acceptable if not encouraged. Since two years ago Walid, broke out of his echo chambers to tell the full story and break down the polarization of these communities and act as a bridge to bring people together.
Comments