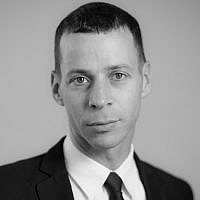 The Blogs
Amit Segal
Apply for a Blog
Please note that the posts on The Blogs are contributed by third parties. The opinions, facts and any media content in them are presented solely by the authors, and neither The Times of Israel nor its partners assume any responsibility for them. Please contact us in case of abuse. In case of abuse,
Report this post. 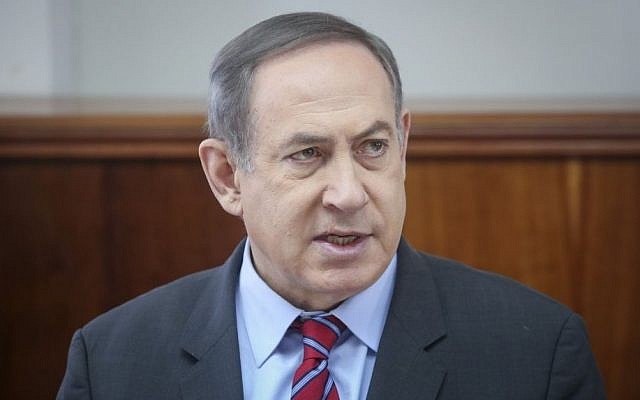 It’s been two years since Prime Minister Benjamin Netanyahu’s sweeping electoral victory. Does anyone even remember the Herzog-Livni rotation, coalition machinations, the eight mandates that joined with Likud on the last day? Meanwhile, the fourth Netanyahu government is already showing signs of wear, the kind that come naturally to any Israeli government, as well as those caused by current criminal investigations.

As I track the current Likud faction through its disgraces, in-fighting, bizarre pronouncements, and blunders, I can’t help comparing it to the Likud faction of the 16th Knesset.

Back then, the ruling party had 40 mandates, today it has 30. Then, it had Ariel Sharon, today, Netanyahu. But the sense of entitlement, utter confidence in getting their way no matter how many humiliations and travesties come that way, the belief that they’ve been chosen by G-d – these are remarkably similar.

In 2003, you may recall, the Likud crashed and burned in one night, splitting into two parties. There’s no split in sight this time, but there is the real possibility that Likud could lose an election. And yet, two gentlemen, quite unknown until recently, MKs David Bitan and Yoav Kish, last week gave themselves license to bring parliamentary activity to a standstill because of a personal conflict between them, and because they assumed the nation will continue to vote Likud forever.

The surveys consistently show a shrinking Likud percentage, its leadership has abandoned the party one after another, leaving behind only Netanyahu and two or three good ministers. The remainder can be divided into two groups: un-famous and infamous.

Who wants to tell them that, come the next elections, they’ll end up once again with only a million voters?

The last two years have further served to prove that, when it comes to Benjamin Netanyahu, our entire political system is just one big mass of conditioned Pavlovian reflexes. All topics, from the desecration of graves in Brooklyn to the closure of the Israel Broadcasting Authority, from the settlement freeze to the Mobileye acquisition – come second to the question: Is this good for Netanyahu or not?

Remember how dull things were when Netanyahu was visiting far-off Australia last month? Because of the time difference – him asleep while our media was working, and him working while the media was sleeping – a pall was cast over the political system that week. The past two years have drained our politics of all content aside from Benjamin Netanyahu. But neither he nor his opponents are solely to blame.

The Israeli political system is in the throes of addiction withdrawal, ‘jonesing’ for its daily dose of Netanyahu, a dependency that grows with each day. Netanyahu’s opponents have no choice but to believe that the man purchased submarines in return for bribes, embezzled, stole, bought off the Attorney General, isolated Israel from the rest of the world, endangered democracy, and that he is not, in any way, responsible for the decline in unemployment or the rise in economic growth.

For their part, Netanyahu’s supporters must defend against any hostile online post, bow in deference to his spouse’s celebrity status, cheer the consumption of champagne and cigars gifted by foreigners, and consent to the freeze, even if they are in favor of construction in the settlements. Even at their highest and lowest points, neither Sharon nor Olmert ever aroused the kind of emotion Benjamin Netanyahu musters.

Sometimes, as I sit at the back of the plane accompanying the Prime Minister’s diplomatic jaunts, I wonder what would happen if, heaven forbid, we were to land on a desert island and be lost forever. Of course, no one would be particularly interested in the fate of we journalists, but what would preoccupy the State of Israel? Is there any reason to believe that a meaningful discourse would develop? Or would the obsession merely be transferred to someone else, Miri Regev, for instance?

Amit Segal is the political correspondent for Israel’s Channel 2 News.

A Hebrew version of this article appeared in Makor Rishon.