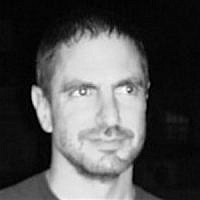 The Blogs
Lior Azziz
Apply for a Blog
Please note that the posts on The Blogs are contributed by third parties. The opinions, facts and any media content in them are presented solely by the authors, and neither The Times of Israel nor its partners assume any responsibility for them. Please contact us in case of abuse. In case of abuse,
Report this post.

The State of Peace: A new plan for peace between Israel and the Palestinians.

The State of Peace is a new, original and detailed plan for peace between Israel and the Palestinians. The program is largely based on the idea of three states for two peoples; Namely, the establishment of a new state in the majority of the West Bank, including East Jerusalem, which will be shared by both Israelis and Palestinians.

The State of Peace shall be a country with a special sovereignty: it shall not be an independent state, and it shall have no military and no judiciary authority over its citizens. The nations of the world will recognize the State of Peace and provide financial support for the establishment of this State, whose entire purpose is the resolution of the dispute between Israel and the Palestinians.

The two districts will be separated by a secured border.

Each district in the State of Peace will have a separate road system that will allow the residents of each district safe passage between the settlements or holy sites that belong to that district, and from the territory of each individual district to its homelands – Israel or Palestine.

There will be two districts in Jerusalem: Israeli and Palestinian.

The Old City of Jerusalem will be the capital of the State of Peace, and its borders will be secured. The site of the Wailing Wall will be under the security responsibility of the Israeli Division of the joint police force, and the site of the Temple Mount will be under the security responsibility of the three divisions of the joint police force.
In accordance with the plan for the State of Peace, Israel will not recognize the right of return of Palestinians to the territory of the State of Israel; and the Palestinians, in parallel, will not recognize the State of Israel as the home of the Jewish People.

The parties agree that the absence of these agreements will not impair the peaceful relations between the two sides. The parties also agree that one hundred years after the signing of the peace agreement, the disputes will be raised for renewed discussion, while taking the new reality into account.

Professor Asa Kasher has described the idea of the State of Peace a genuine and interesting idea, but has qualified this statement by noting that a broader, contiguous territory must be delineated for the Palestinian State. Regarding the plan, Professor Menachem Perry has stated that it is brilliant and creative, and that no similar plan had ever been conceived before.

On one hand, the State of Peace plan does not exclude the ​​two states solution, while on the other, it allows continued Jewish settlement in Judea and Samaria; therefore, the principle of the three states for two peoples may serve as an agreed basis for the peace talks between the parties.