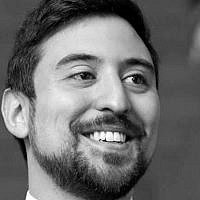 On Thursday, May 18th, I was ordained as a rabbi by the Jewish Theological Seminary. Three days later (and nearly a year after our wedding), my wife Ariel and I departed on a belated honeymoon to Morocco. Ariel is pursuing a doctorate in Byzantine and Islamic art history, so Morocco was the perfect choice for us. As a rabbi, it was exhilarating to walk the streets once frequented by Rabbi Isaac al-Fasi and Maimonides, while Ariel was thrilled to visit some of the most significant sites in the history of Islamic art. In that sense, the trip was everything we thought it would be.

What we did not anticipate was the incredibly warm welcome we received as Jews in a North African, Muslim country. Although we were initially wary to divulge that we were Jewish, once we did, we were lovingly embraced like long-lost family.  On one of the last days of our trip, we did a seven-mile hike with a Berber guide through the foothills of the Atlas Mountains. While taking a short breather to admire a magnificent mountain scene, our guide, Abdul, began to tell us about the history of the Atlas Mountains and the pivotal role that Jews played in the development of the region. Without knowing our backgrounds, he waxed rhapsodically about the significant contributions that Jews made to the growth and cultivation of the area. And most significantly, he spoke about the deep love that Muslim Berbers have for their Jewish brethren.

“The only difference between Jews and Muslims,” Abdul said, “is that Jews drink alcohol and Muslims don’t.” “Well,” I replied, “You pray five times a day, while we only pray three.” At this, Abdul’s eyes nearly popped out of his head. “You’re Jewish?”  Almost shockingly, tears began to stream down his cheeks as he gripped me in a genuine, loving bear-hug. Until the 1940s, roughly 250,000 Jews lived in Morocco. They began to leave in droves following the establishment of the State of Israel; sadly, the vast majority left for Israel in the 1960s, in the midst of a period of economic downturn. Now, there are only about 3,000 Jews left in Morocco, almost all of whom live in Casablanca. Before meeting us, Abdul hadn’t seen a Jewish person in quite some time. He was profoundly moved to see us in his country.

Jews have been in Morocco for at least 2,500 years, dating back to the Carthaginian and Roman periods of North African history. For most of that time, they were major contributors to Moroccan agriculture and trade. Prior to the spread of Islam to North Africa in the 7th century, many Berbers converted to Judaism. On our trip, we learned that a substantial number of Jews living in Morocco today still consider themselves to be ethnically Berber.

For long stretches under Arab rule in Morocco, Jews were classified as “dhimmi,” or a protected class. As long as they paid a special tax, they were permitted to continue observing Jewish law. But ultimately, Moroccan Jews became far more than a mere protected class—they became an indispensable part of Moroccan culture and society.  When we visited the 15th century Mellah (Jewish quarter) in Fez, we discovered that it was built in the shadow of the royal palace; the king wanted Jews in close proximity. Significantly, this trend continues today. The primary advisor to the current king, Mohammed VI, is a Jewish Berber.

While visiting the Jewish quarters in Marrakesh and Fez, we had the unique opportunity to daven with the communities there. In Marrakesh, we connected with the community at the Lazama (or “Al Azma”) synagogue, which was founded in the late 15th century by Jews fleeing the Spanish inquisition. Sitting in the beautiful synagogue on a Friday morning, we joined with a group of Israelis to hear a captivating talk from a member of the community about his pride in his Berber lineage, and how rankled he gets when he is labeled as Sephardic. He is not Spanish, but very proudly Berber. And moreover, he said, most Moroccan Jews follow Ashkenazic, not Sephardic, religious practices.

We had a similar experience in Fez, where we visited the Ibn Danan and al Fassayine Synagogues in the Mellah, and the Roben Bensadoun synagogue in the new city. We were in Fez over Shavuot, so we davened at the Roben Bensadoun synagogue and then had dinner at their small Jewish community center. It was a fascinating experience; the members of the community spoke to each other (and us) in a blend of Hebrew, Arabic and French and regaled us with tales of Moroccan Jewish life.

The community in Fez told us about Mohammed V, the king of Morocco who protected the country’s 250,000 Jews during the Holocaust. Significantly, following the establishment of the State of Israel, he also reminded his Muslim subjects of the key role Jews had historically played in their country, and implored them not to lash out at the Moroccan Jewish community. This was deeply moving for us to learn, and encapsulated how we felt about our time in Morocco as a whole: we were able to fully experience the culture and history of a beautiful Muslim country and be embraced and welcomed as Jews. 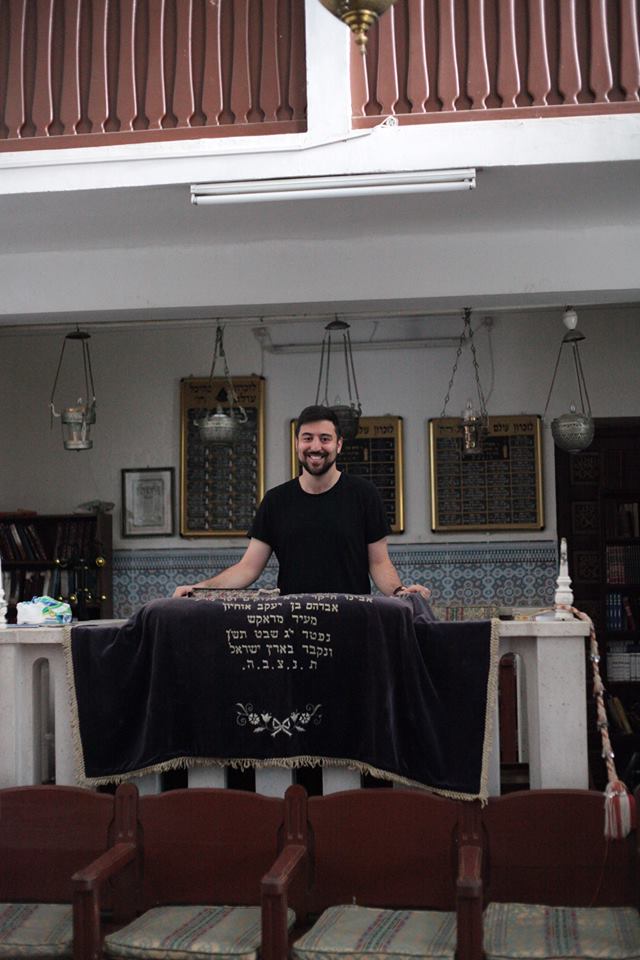 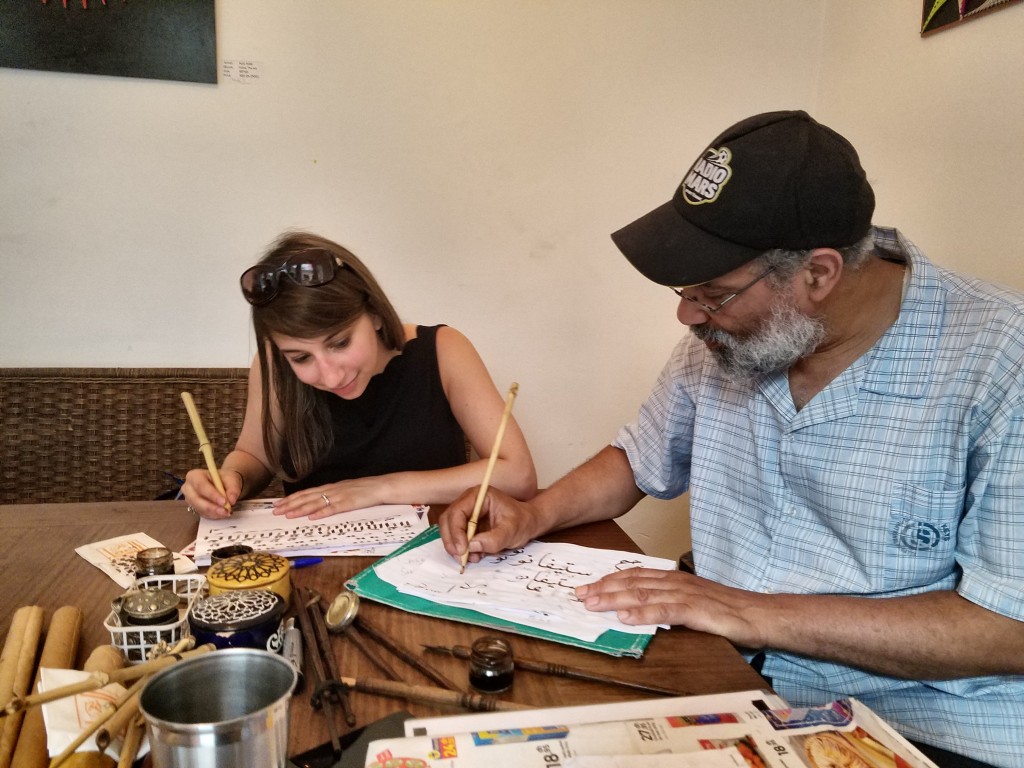 On our first day in the Morocco, Ariel and I visited a wonderful restaurant and cultural center in Marrakesh called Café Clock. While there, I took an oud lesson and Ariel did a lesson in traditional Arabic calligraphy. After her teacher demonstrated some of the fundamentals of Arabic script, Ariel taught him how to write his name in Hebrew. It was a powerful moment to witness— two people from radically different worlds sharing the beauty of their respective religious traditions in a bustling, Muslim city. It was the kind of moment most Jews hope to live long enough to be able to see.

About the Author
Rabbi Simeon Cohen is the associate rabbi of Temple Beth Shalom in Livingston, NJ, where he resides with his wife, Dr. Ariel Fein, their daughter Amalya and their samoyed, Ophelia.
Comments