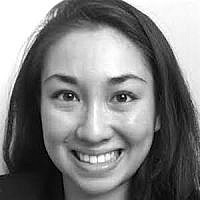 Let’s rewind to the press conference held between President Donald Trump and Prime Minister Benjamin Netanyahu on February 15, where Trump benightedly reaffirmed his desire to reach “the ultimate deal” to Israeli-Palestinian peace. As he promised to work “very, very diligently” on the matter, he also feebly, yet dangerously distanced himself from a two-state solution, abandoning decades of U.S. Middle East policy that a two-state outcome is the only viable resolution to Israeli-Palestinian peace. In fact, he and Netanyahu effectively avoided any explicit mention of a future Palestinian state, a tactic likely to appease their right-wing defenders.

Trump said, “so, I’m looking at two-state and one-state, and I like the one that both parties like,” having followed that tenuous remark with another off-hand affirmation that he could “live with either one.” In other words, Trump is saying that as long as both parties are “happy,” he is open to the idea of a one-state outcome. As long as he can be a deal-maker, a skill he truly believes he is good at, he is more than willing to walk back on nearly 15 years of U.S. support for a two-state solution, according to a tweet by former U.S Ambassador to Israel, Dan Shapiro.

A one-state outcome could either mean a binational home for Jews and Palestinians, leaving the state without a significant Jewish majority, a move that would dismiss Israel as a “Jewish state,” or a state only for Jews, leaving Palestinians without citizenship rights – thus bringing the reality from occupation to outright apartheid.

I think we both know which vision of a one-state outcome Trump and Bibi were referring to and so I will make this very clear: a one-state possibility is not only reckless, it is deplorable.  A one-state outcome is antithetical to Israel’s core democratic values, not to mention a flagrant violation of Palestinian rights. It could further inflame, rather than subdue, violence between Israelis and Palestinians, as well as between neighboring states. No deep support for the Jewish state nor admiration for the Jewish people could justify Trump’s foolhardy words, and his soft caution to further settlement building, rather than direct condemnation, speaks volumes to his willingness to “live with” a one-state outcome. A one-state “solution,” is in fact, not a solution at all.

Our President, who in the same meeting reaffirmed his desire to move the US Embassy to Jerusalem, ended his comment with a hazy, “we’ll see what happens.” He is jeopardizing Israel’s ability to address its own very real security concerns, choosing to ignore the consequences of his inanities on Israel’s status as a democracy, and is thus turning his back on tens of thousands of pro-Israel, pro-peace American Jews. As we have learned from the failures of past negotiations, there is no room for ill-defined policy in Israeli-Palestinian peacemaking.

A two-state outcome is the only realistic path towards preserving Israel’s Jewish and democratic character, and thus guaranteeing both peoples full political rights and independence. The two-state policy is accepted by a majority of Israelis and the international community, including overwhelming support by American Jews. Saeb Erekat, Chief Negotiator of the Palestinian National Authority, has also confirmed the Palestinian Authority’s commitment to two-states. Erekat knows that anything less than an independent Jewish state contiguous to an independent Palestinian state would be disastrous to both Israeli and Palestinian security, and would serve to wholly undermine U.S. interests and the U.S. leadership’s international reputation.

I am, however, not spellbound by a two-state compromise as if it is the easy, quick-fix solution to peace. It will take many concessions from both parties to work out borders, land swaps, refugee resettlement, and the territorial and administrative status of Jerusalem. It will take long-term efforts to help strengthen the Palestinian economy and enhance the state’s institutional capacity. Yet, entertaining the prospect of a one-state outcome could obliterate any chance for peace, thus putting the future of both states and their peoples’ lives at grave risk.

Netanyahu has repeatedly stated that Israel has no “greater friend than President Trump,” yet he could not be more mistaken: Donald Trump is no friend to Israel, nor the majority of American Jews. We, as the American Jewish community, must therefore recognize how dangerous Trump’s policy departure may be for the future of Israeli-Palestinian peacemaking.

As I reflect upon my experience at the J Street National Conference now one week ago, I know that we will continue to face many challenges here, in Israel, and in the Palestinian Territories. Trump and Netanyahu may not share our values nor our vision for a just and democratic Israel without continued Occupation, but when nearly 3,500 attendees, including 1,200 college students, decide to proudly reaffirm their support for two-states, democracy, and rights for all, I am made certain of one thing: we are strong, united, and steadfast in our commitment for peace, and we will not back down.