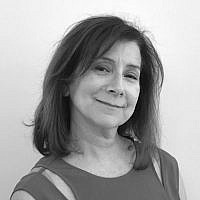 The Blogs
Mindy Trotta
Apply for a Blog
Advertisement
Please note that the posts on The Blogs are contributed by third parties. The opinions, facts and any media content in them are presented solely by the authors, and neither The Times of Israel nor its partners assume any responsibility for them. Please contact us in case of abuse. In case of abuse,
Report this post. 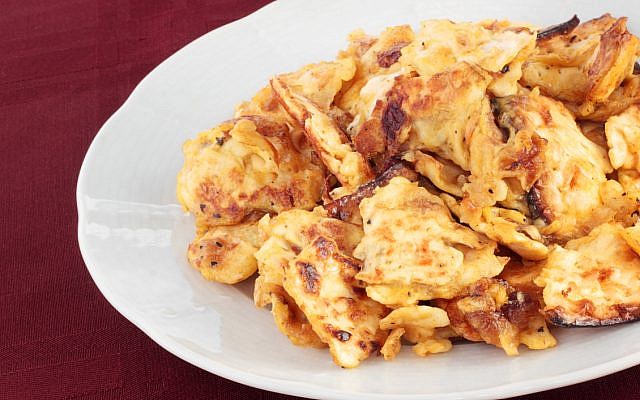 My dad was not a cook. He built skyscrapers in New York City, and his strong hands were more comfortable wielding the heavy steel of a hammer or a saw than the gentle curves of a metal whisk. He was more adept at hoisting large wooden planks than swirling a wooden mixing spoon inside a soup pot. I’d never seen him bake a cake or make a goulash like my mom, but for many years during my childhood, he rose even earlier than usual — which was at the crack of dawn — during Passover and prepared Matzoh Brei for my sister and me.

Matzoh Brei can be defined as Jewish French Toast with the matzoh substituting for the bread. I have no idea where Dad got his recipe; it may have been my mom’s, but hers never seemed to taste the same. And even when Dad would sometimes prepare it for us on the weekends, that Matzoh Brei just wasn’t as perfect.

Because his weekday ritual occurred so very early in the morning, we never saw him in his cooking mode, not even a glimpse. By the time we awakened, he was long gone, having taken the subway into the city. The wonderful breakfast treat he left behind was often on the stove, in a well-used nonstick skillet, covered with an inverted green milk-glass dinner plate. (This was our Passover dinnerware. And in spite of the fact that it was used every year for only eight days and nights, eventually, the entire set dwindled down to a mere few soup bowls.)

While Dad’s prowess 40 and 50 stories above the streets below was based solely on precision, his techniques in the kitchen were less so. Measuring spoons and cups were not for him. He would pour warm water into a metal mixing bowl (a “shissel”) and add the matzohs whole, breaking them up into random shapes with the back of his hand. We girls loved the smaller bits that became browned and crispy as they were fried, so Dad made sure we had lots of them. He soaked the matzoh pieces just until they became soft — too soft would be disaster. While they soaked and the pan was heating, he would take a large spoonful of “schmaltz,” rendered chicken fat, from a jar in the fridge. This was his secret ingredient; it was a staple in our house.

The cream-colored dollop of fat would hiss as it plopped into the hot pan, eventually melting and coating the bottom. As it heated, it made low popping noises. The softened matzoh was gently combined with beaten eggs, and then the yellow, glistening pieces were dumped into the hot, hazy fat. Once the entire concoction was browned, he would flip it and then brown the other side. Only then did he break up the pieces again with the back of a wooden spatula and douse the top with a healthy shake of sugar. That snowy dusting soon became the crunchy, caramelized coating that my sister and I loved so much.

My dad was not a very demonstrative man, and to the outside world he may have even appeared gruff. He showed us love in more ways than I can say, but they were on his own terms. I never really thought about what he thought as he prepared this dish for us in the darkened kitchen while everyone else slept, and the sound of the clock ticking was the only sound he heard. This act was not one of obligation, but as I realize now, it was an act of sincere love — and just another way of him showering it on us, on his own terms.

As I said, my dad really didn’t adhere to a recipe when making his Matzoh Brei. The closest one I found is from Joan Nathan’s “Jewish Holiday Cookbook.” It is a little light on the egg-to-matzoh ratio, and makes for a crispier end product. (That’s how we liked it!) Additionally, butter or vegetable oil can be substituted for the chicken fat.

About the Author
Mindy Trotta is a free-lance writer and editor, as well as a professionally-trained pastry chef. She currently manages content and social media for a number of websites.
Related Topics
Related Posts
Mindy Trotta
Comments