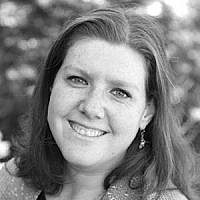 The Blogs
Julie Bressler
Apply for a Blog
Advertisement
Please note that the posts on The Blogs are contributed by third parties. The opinions, facts and any media content in them are presented solely by the authors, and neither The Times of Israel nor its partners assume any responsibility for them. Please contact us in case of abuse. In case of abuse,
Report this post.

Like many speakers taking the main stage at this year’s AIPAC Policy Conference, I am a progressive and I am pro-Israel. I am proud of this integrated identity. As speakers repeatedly uttered some version of the words “pro-Israel progressive” in front of the 18,000 activists assembled in Washington, DC a few weeks ago, they dispelled the myth that these two identities — progressive and pro-Israel — are incompatible. Despite somewhat popular belief, I am proud that innumerable Jews around this country who also identify with this intersectional identity believe they have a place in AIPAC too.

Some think we live in a world of either/or. Either you are pro-X or pro-Y. Being pro-X must mean you are anti-Y. The organizations and experiences we align ourselves with are evaluated with a similar belief. After all, if we can order coffee made to our unique specifications, why shouldn’t we be able to find organizations that also fit our specific identities? Sometimes, those organizations do exist. It is incredibly comfortable to be in those spaces where all aspects of our identity are validated, supported, and congratulated. However, in a world and especially in a political climate when we are becoming increasingly polarized, finding spaces where there is intentional, thoughtful, and vehement disagreement face-to-face is rare.

AIPAC Policy Conference refreshingly was just that place: where diversity and constructive disagreement were embraced as central to the mission. I confess that I never would have guessed this diversity existed within AIPAC. I have been proven wrong.

It is true that most of the major speeches at AIPAC leaned toward a certain ideology. Calls for a two-state solution were met with strong applause while the statements about de-certifying the Iran deal received long standing ovations. Yet there were only few mentions of the challenges of continued Israeli settlement activity. Similarly, the horrific treatment in Israel of refugees and asylum-seekers gained little attention. Given that a march in support of DACA took place literally blocks from the conference, one would have hoped that this massive group of pro-Israel activists would make a strong statement encouraging Israel to treat its own immigrants with more dignity and kindness just as we push the leadership of the United States to do the same. While the current administration may care deeply about Israel, I am incredibly concerned about their domestic policies and lack of care about so many who live within the boundaries of the United States.

However, AIPAC is making great strides to speak to a broader pro-Israel community. Within the breakout sessions, Israel was discussed in all its complexity. The Leffell Israel Fellowship, AIPAC’s fellowship program for rabbinical students from five major ordaining institutions – HUC-JIR, AJU, JTS, YU, and YCT, provided an environment rich with openness and honesty. There, we talked about refugees, occupation, disappointment AND love, social change, and our connection to this sacred land. In these sessions, nuance and narrative took precedence and gave space for deep and reflective conversations.

I would like to see more of this nuance and diversity from the main stage speakers at AIPAC Policy Conference as well. Bringing complexity and nuance out of the side rooms or exclusive programming to the broader audience would provide the entire community the opportunity to struggle with these more challenging realities of Israel today. As a community, we must find comfort in the discomfort so we can truly learn and grow from one another. The worst thing we can do is return home from Policy Conference and re-enter our echo chambers. Instead, let’s keep talking.

About the Author
Julie Bressler is a fifth-year Rabbinic Education student at HUC-JIR in Los Angeles. She serves as a rabbinic intern at Congregation Or Ami in Calabasas, CA focusing on integrating mental health and wellness into synagogue programming. Julie discovered her love of Judaism and sleeping under the stars at URJ Camp Newman and at Temple Isaiah in Lafayette, CA.
Related Topics
Related Posts
Julie Bressler
Comments