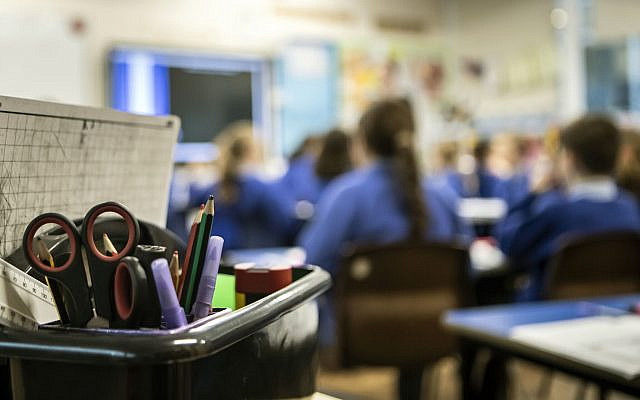 Ofsted is the government office for Standards in Education. It particularly has its work cut out when it comes to schools drawing children from ancient cultures.  Mind you, before the Education Act in 1870, half the children in the country had no education whatsoever. That’s really starting from the bottom up.

The first Jewish school in this country, however, was the Sephardi Gates of Hope School which was opened soon after we came back to England in Stuart times 350 years ago. It taught girls too.

Schools and education are fundamental in Judaism. You can sell a Synagogue to pay for a school, but you can’t sell a school to pay for a Synagogue. So when Ofsted  tries to get Jewish schools to apply government standards, they are not dealing with a bunch of amateurs.  They are dealing with a tradition which goes back to the Talmud.

Ofsted wants children taught about individuals who choose a different life style in sexual matters from the majority of the population. Such decisions existed in Biblical times and were the subject of much discussion. The Shulchan Aruch is the codification of Jewish law and its author, Joseph Karo said that “one should avoid sleeping with a male.” Notice “avoid” though. It doesn’t mean that punishment should be inflicted on those who do.

If every aspect of human behaviour is dealt with in the Talmud, there is surely a case for making the Jewish position clear to every new generation. Since the subject and practice will become known to the children when they grow up, the question is how and when the Jewish viewpoint should be explained to them. The view of the Orthodox Jewish school teachers could well be that it’s a matter for the parents and shouldn’t be dealt with by the schools.

Ofsted has demoted the Keser Torah Boys School in Gateshead from good to “requires improvement” because pupils were not taught about sexual orientation or gender identity, though they say “primary schools are encouraged but not compelled to talk about LGBT issues.” Which probably means that the re will be a sigh of relief and the subject will be left in abeyance.

The question, of course, is the role of parents in bringing up their children. In a multi-cultural society there must be a strong case for letting them get on with it. It is absolutely right that children be taught about other cultures and religions to ensure that they recognise the importance of being tolerant to everyone. Many schools visit Synagogues to learn about Judaism. It is fear of the stranger which is part of a child’s natural protection, but it becomes less necessary as they grow up and work it out for themselves.

The challenges of everyday life change as the years go by. Drug taking and alcoholism are more a danger today than they were fifty years ago. The pill has transformed the attitude to pre-marital sex. Parents are, however, entitled to decide the age at which they should discuss these matters with their children; there are always outside “experts” with totally different opinions.

Ofsted consider that Keser Torah pupils know little about other groups in society. If Charedi rabbis are concerned about the ignorance of so many of the general public when it comes to Jews, they should recognise that what’s good for the goose is good for the gander.

It is good to see that Ofsted found the Keser children eager to learn and aspiring to academic success, behaving well in class, and that their Jewish studies curriculum made a strong contribution to fostering their spiritual and moral understanding. There isn’t a lot of improvement required.