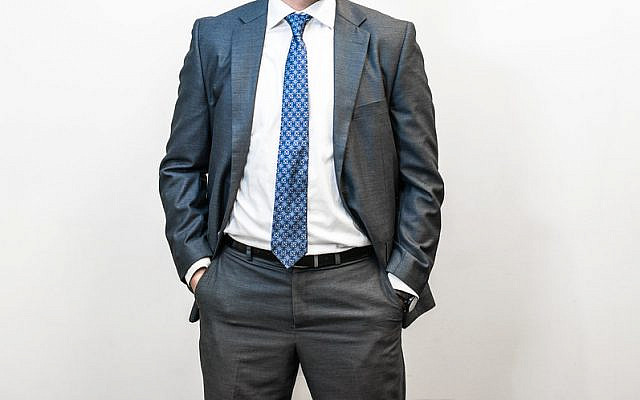 The first man and all his descendants who collectively make up the human race share the same name: Adam. However, there are other words for “mankind” (or, as Justin Trudeau insists on calling us, “peoplekind”), and each term has its own connotations. Adam is the name that represents humanity’s potential to reach the heights of spirituality. The Zohar (Tazria 48a) says that the three other words for humankind — enosh, ish, and gever — connote successively lower levels of spirituality. In this essay we explore the etymology of the Hebrew word adam, as well as its three synonyms.

Adam is the most all-encompassing word for “person/people,” as it encompasses both singular and plural (see Gen. 1:26-27 and Zohar, Nasso 141b), as well as male and female. Malbim notes that the word adam is treated like a name. This is why, regardless of to whom the term adam refers in any given context, it is never modified to plural or female forms, because proper nouns are not conjugated that way. In other words, just as it is grammatically incorrect to refer two men named Reuven collectively as Reuvenim, so is it incorrect to refer to two people as adamim.

The Maharal of Prague (1525-1609) explains that Adam’s name is associated with the ground to remind him that just as dirt is worthless, yet has great potential to foster growth, so too a person is physically worthless — for he is only made of dust and ashes — but has great potential for growth. Alternatively, Rabbi Shlomo Pappenheim of Breslau (1740-1814) explains that adam is actually related to adamah, and he directly addresses our question about the animals: Adam differs from all the other animals because they were not created from the earth, rather they simply emerged from the earth, while Adam was actually created from the earth.

Alternatively, Rabbi Samson Raphael Hirsch (1808-1888) explains that the word adam is related to the word hadom (“footstool”), an allusion to the expectation that Adam was destined to reach such high spiritual planes that he would sit at G-d’s “footstool” as His “deputy”, so to speak.

Rabbi Pappenheim also argues that the root of adam is DALET-MEM, which means “similar.” Other words derived from this root include domeh (“resembles”), demut (“likeness”), and dimyon (“imagination,” which may be similar to reality but does not truly mirror it). Man is called adam because he is created “in the image of G-d” (Gen. 1:27), and so he “resembles” G-d in some ways. The most obvious example of this is that just as G-d’s decisions and actions reverberate throughout the entire world, so do man’s decisions and actions have repercussions throughout all of creation. Given that the term adam denotes man at his highest potential, it is quite apropos that it would invoke man’s similarities to or relationship with G-d.

The Vilna Gaon explains that even though Adam was created “in the image of G-d,” technically this only applies to Adam and his son Seth. Mankind lost this status in the time of Seth’s son Enosh when idol worship began to develop. When mankind lost its spiritual resemblance to G-d, this devolution was reflected in physical ways, leaving man in a weakened state that, according to the Midrash, even caused the faces of people to look like apes.

Herein lies the difference between the terms adam and enosh. Like his grandfather Adam, Enosh’s name also became a term for all of humankind. However, while adam recalls man’s spiritual grandeur, enosh usually describes humanity in a state of degradation (Isa. 51:12), lost hope (Iyov 14:19), and/or pursuit of Epicurean physical fulfillments (Ps. 104:15). Along these lines, when the angels disputed G-d’s decision to give man the Torah and spoke disparagingly of man, they called mankind enosh (Ps. 8:5). Similarly, Radak in Sefer HaShorashim writes that ALEPH-NUN-SHIN, the root of the word enosh, means “weak” and “sickly.”

Rabbi Pappenheim also concludes that enosh reflects humanity’s weakness, but from a slightly different angle. He writes that the root of enosh is NUN-SHIN, which means “moving something from its natural condition.” Some words derived from this root include nosheh (“lender,” who moves his money from his possession to the borrower’s), nashah (“forgetting,” i.e. the mechanism through which information stored in the brain is moved/removed from its place), and anush (“a sick, weakly person,” whose compromised state of health has deviated from its proper place). Rabbi Pappenheim understands enosh to be a derivative of anush because, in some ways, man’s powers are “weak” in comparison to more powerful spiritual entities.

Alternatively Rabbi Shlomo Aharon Wertheimer (1866-1935) writes that the root of enosh is ish, with the additional NUN to serve as a diminutive.

In this lowly state, man’s only hope is to unite with other people and become important collectively. For this reason, Rashi (to Num. 13:3) explains that the plural of enosh — anashim (“men”) — connotes “important people,” even though the word enosh (singular) connotes man in his lowest state of being. This is because when a person is in a group with other people and views himself as lowly (i.e. humbles himself before others), he actually becomes very important.

Ish in its common usage simply means “man.” Rabbi Pappenheim writes that the root of ish isYUD-SHIN (yesh), which means “has,” “is,” or “exists.” This is because “a man” — a mature adult — “has” everything he needs to be successful in life, and stands at the pinnacle of his physical existence.

As we discussed above, Rabbi Yaakov Tzvi Mecklenburg (1785-1865) writes that because the word adam is related to adamah it connotes man’s natural proclivities to all things material. It recalls the far distance between materialism and spirituality, and the great accomplishment of one who transverses that distance. The Zohar asserts that the term adam represents man’s greatest potential: It denotes man’s ability to transcend his inclination towards materialism and approach the sublime. On the other hand, explains Rabbi Mecklenburg, the word ish implies a more abstract and immaterial form of existence, and so the journey towards transcendental spirituality is much shorter and less noteworthy. For this reason ish does not denote man’s greatest possibilities but can still refer to “angels” or other other-worldly beings.

The final word for “man” is gever. Ibn Ezra (to Ex. 10:11) asserts that gever always refers to male humans as opposed to females. However, Rabbi Yehuda Leib Edel (1760-1828) disputes this assertion and cites several passages in which the word gever appears in a gender neutral context, referring to both men and women equally. Malbim explains that the word gever is related to the word gevurah (“power”), as it recalls strength and potency, and thus usually refers to men as opposed to women. However, a woman who holds a position of power may be referred to with a cognate of gever, aseither a gevirah (Jer. 13:18) or giveret (Isa. 47:5). Those two words can be translated variously as “queen,” “queen-mother,” “lady of the house,” “mistress,” “madam,” or “Missus.”

In short, the word adam refers to man’s highest spiritual level because it focuses on the ways in which he is similar to G-d. By contrast, enosh highlights man’s weakness when compared to other spiritual entities, and ish focuses on physical maturity, but does not reference spiritual endeavors whatsoever. The word gever refers to man as he dominates womanfolk, and this too speaks about a physical reality as opposed to a spiritual one.

Interestingly, Ibn Yachya explains that these four terms correspond to four stages in man’s life: a child is called adam because he is chronologically closest to his origins (i.e. the ground); an adolescent is called gever because physical maturity brings physical strength; an adult is called an ish, which is related to the word aish (“fire”) because he is at the apex of his power like a raging fire; and finally an elderly person is called an enosh because his stamina has been diminished and weakened.