Judging by the topsy-turvy nature of the Trump administration’s first few weeks in office, you’d think that Purim has come early this year. Except for the fact that the story of Purim is something of a farce, albeit one that involves narrowly avoiding a tragedy, while the Trump presidency, many of us fear, is a farce that may, or will, or already has become a tragedy the likes of which even Shakespeare could not have imagined.

Before looking ahead to what may come to pass, let me begin by noting that as far back as the autumn of 2015 I started saying that Trump was going to be our next president. This was not an act of prophecy, I hasten to add, but rather an exercise in the sort of futurism that Alvin Toffler made popular with the publication of Future Shock back in 1970. What this requires is a careful review of history and attention to patterns and trends of the past.

In this instance, I noticed the parallels between the reality-TV-star-turned-candidate and our first (and so far only) movie star president, Ronald Reagan. As different as their demeanors and even their messages may have been, both were masters of the electronic media. For Reagan it was radio and television; for Trump it is TV and Twitter. And both exhibited that Teflon quality, whereby scandals and accusations that would sink anyone else’s political career seemed to bounce right off them. I was sure enough of the outcome that I bet a colleague $100 that Trump would be our next president, and did so at a time when it didn’t even seem likely that he would gain the Republican nomination.

When I was making my prediction, some thought it meant that I wanted Trump to win. I most certainly did not. For me, the point was to analyze the facts objectively and draw a logical conclusion. I stress this because now I want to make it clear that what I think may come next is based on the same kind of analysis. I am not absolutely certain about this, but I do believe there is a better than average, maybe even a good chance, that Trump will not finish his term.

I want to emphasize that I am not predicting that this will happen. I simply am noting that there are four distinct ways in which Donald Trump could be the first president since Nixon to serve less than the full four years to which he was elected.

The first possibility, and the one on everyone’s minds, is impeachment. It is nothing short of astounding that the possibility was being discussed even before the election took place. I won’t bother to list the many reasons why the House of Representatives might vote to bring articles of impeachment against Trump, and a trial leading to conviction and removal from office might take place in the Senate. I only want to note that the possibility exists now, even with Republican majorities in both chambers, and would become even more likely if midterm elections gave the Democrats full control of Congress.

A second possibility is resignation. Recall that Nixon was the last (and only) president to resign, and he did so to avoid impeachment. Trump might follow the same course if impeachment seems likely, or he faces some other legal action regarding his finances. And while many believe he has the kind of personality that would lead him to hold on and fight, everything about him as a politician has been characterized as unprecedented, so is it really unimaginable that he might decide that being president isn’t worth it to him, that walking out would be just like declaring a bankruptcy, and that he could do so while pinning the blame on the media, his political opponents, and anyone else he deems an enemy?

A third possibility is based on the fact that at the age of 70, he is the oldest person to move into the Oval Office, which means that his future life expectancy is limited. It follows that there is a chance he might die in office, or be otherwise unable to fulfill his responsibilities due to medical disability. Despite claims of good health, little about his medical history has been released to the public. Even if he has no pre-existing conditions, there is no getting around the fact that he was born in 1946; as any insurance agency would explain, it’s all a matter of statistical probabilities. (I’m not including the possibility of incapacity due to psychological issues here, because all but the most extreme forms of mental incapacity are difficult to prove.)

No doubt, even if it was clear that disability or death were due to natural causes, conspiracy theories about assassination attempts would abound. And given the friction that seems to exist between Trump and the intelligence community, the possibility of some form of poisoning, a time-honored staple for monarchies, dictatorships, and film and TV melodramas, undoubtedly would come to mind. The more straightforward forms of assassination would also constitute a fourth possibility. The last president to get shot was Reagan, a little more than two months into his first term. Gerald Ford was the victim of two assassination attempts; both times the shooters missed.

It would be only natural to assume that any attempt on Trump’s life would come from someone on the left, or perhaps an angry Muslim or Mexican. But I think it might well come from one of those alt-right types or Second Amendment people that Trump has been courting throughout his campaign and first weeks in office. If he doesn’t come through on the promises he made to them, or that they think he made to them, we can only imagine the kind of anger that a sense of betrayal would produce in extremists of that sort. As the prophet Hosea observed, “they that sow the wind shall reap the whirlwind.”

I want to stress that I am not wishing for any of these outcomes, and certainly not advocating for them. Any one of them would constitute a national trauma, and leave the United States even more divided into hostile camps than ever before. And after all, wouldn’t it be better still if Mr. Trump had a change of heart, and mind, and became the kind of president we all would hope for?

For this reason, let me outline a fifth scenario, and let’s call it a Purim scenario, with Trump in the role of the foolish king, Ahashverosh. We have some good candidates for the part of Haman in his administration, most notably in his senior counselor, Steve Bannon. Melania Trump has pulled a Vashti by not joining her husband at the White House. To select a replacement, Ahashverosh held what is sometimes considered the very first beauty pageant—Trump has had a long history with such events— but if anyone can play the role of Esther in this scenario, it would be his daughter Ivanka, a Jew by choice, who has been acting as a de facto first lady. Trump actually has said that he would want to date Ivanka if she wasn’t his daughter, and some find these and other comments he’s made about her creepy, but then again the traditional Purim story does not quite fit modern standards of propriety when it comes to attitudes toward women.

The important point is that Ivanka is known to be a moderating, even progressive influence on her father, and she is in the perfect position to play the role of savior in the manner of Queen Esther. All we need now is a Mordecai to help to motivate her. With Purim almost upon us, hope (and hopefully humor) springs eternal.

About the Author
Lance Strate is a past president of Congregation Adas Emuno of Leonia, New Jersey and Professor of Communication and Media Studies at Fordham University in New York City. He is the author of Media Ecology: An Approach to Understanding the Human Condition; Amazing Ourselves to Death: Neil Postman's Brave New World Revisited; On the Binding Biases of Time and Other Essays on General Semantics and Media Ecology; Echoes and Reflections: On Media Ecology as a Field of Study; and Thunder at Darwin Station.
Related Topics
Related Posts
Comments 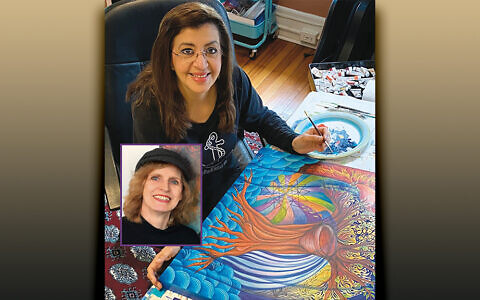 Art as food for the soul
Joanne Palmer 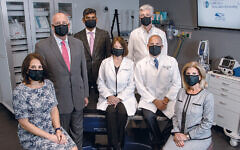 Getting on the ARC
Joanne Palmer 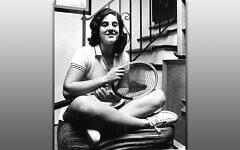 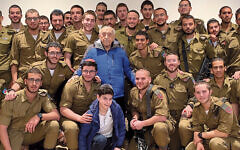 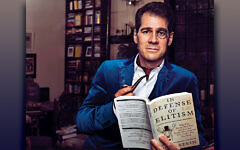 ‘In Defense of Elitism’
Joanne Palmer 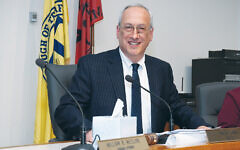