I am not convinced that Frenchmen singing the La Marseilles today are really ready to go to the barricades, much less to shed their blood or that of others, yet they sing that they will with gusto. The British singing ‘Long Live the Queen’ include those who would be more inclined towards a republic – but at football matches, British singing their anthem are unstoppable in their enthusiasm. The Indian national anthem is actually a Hymn composed for the deity and for that reason, Jehovah’s Witnesses have been exempt from singing the words. But I have heard it at cricket matches and seen how it unites the diverse crowds with pride, even though not all identify with the lyrics.

The words of Israel’s national anthem, Hatikvah, are no more or less problematic than most others. They speak of the ‘Jewish soul’ and ‘our eyes turning to ‘Zion’. These lofty ideas and the lines about the fulfillment of a 2,000 year-old dream resonate with my Zionist belief-system – but I really do not expect the nearly one quarter of the population whose ancestors did not share that ancient longing to return to this land, to find them inspirational. Hatikvah inspires emotion for Jewish Israelis but its lyrics exclude a large part of the non-Jewish population, who cannot identify with the sentiments expressed.

There is another problem – the national anthem does not mention ‘Israel’ or the ‘State of Israel’ at all. The words were actually composed before the name of the State had been decided. 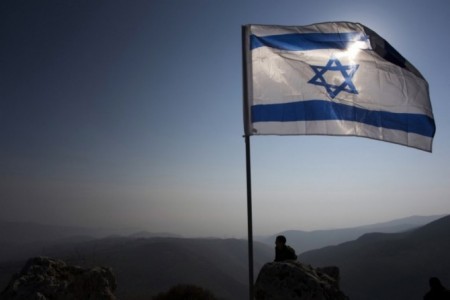 All in all, it seems to me that it is time to update the Israeli national anthem by adding a verse that refers to the State of Israel and includes all its citizens in the sentiments expressed. Whereas other countries with longer histories can get away with anthems whose words do not stand up to close examination, Israel cannot. We are still nation-building. If we want to live up to the ideals in our Declaration of Independence and welcome all citizens, regardless of religion or ethnicity, we need to take notice of their sensitivities. Israel is not like other states – I note that with pride – and it behoves all Israelis to treat our minority citizens with even greater efforts towards inclusion than in other places.

I propose that the English version of the second verse of Hatikvah should go as follows:

In the heart of every Israeli
Is the love of this land
From the mountains and green valleys in the north
unto the desert in the south.
Whether our ancestors were here in ancient times
Or if they were pioneers of the modern state
Or if we arrived in recent times
We are bound by our pride in our nation and the love of this land.

I call on Israel’s poets and lyricists – and there are many wonderful ones who have mastery of the Hebrew language – to compose this second verse. I call on the lawmakers to enshrine it officially.

Once, at an official function for Israel in Australia, the lesser-known second verse of the Australian national anthem, Advance Australia Fair, was sung. That is the verse that alludes to the inclusion in the nation of indigenous Australians together with immigrants who have arrived over the past two centuries. My brother quipped to the person next to him that he hopes that they don’t expect us to sing the second verse of Hatikvah, too. The poor victim of his joke was mortified for a few moments – until he knew he could laugh.

It is my hope that this will not be a joke for too much longer.

Peta Jones Pellach is a fifth generation Australian, she made Aliyah in 2010 and took up her position as Director of Educational Activities for the Elijah Interfaith Institute. She has visited places as exotic as Indonesia, India, Iceland Poland and Morocco to participate in and teach interreligious dialogue. She is also a teacher of Torah and Jewish History, a Scrabble fanatic and an Israeli folk-dancer.