A new year means new statistics, and frankly, they are worrying.

First, the good news. According to Israel’s Central Bureau of Statistics, in 2017: Israeli births outnumbered deaths by 136,000; 27,000 people made aliya, and, in the coming months, Israel’s population will cross the nine million mark.

But buried beneath this good news is a matter of serious concern. In 2017, nearly 15,000 Israeli citizens (adults and children) and 3,500 newborns were added to the state’s official population registry as having “no religion,” bringing the number of Israelis who share this vague status to a stunning 400,000.

Who are Israelis with “no religion,” and what does having “no religion” mean? They are people who immigrated to Israel as Jews according to the Law of Return, primarily from the former Soviet Union, but whose Jewishness Israel’s Chief Rabbinate, part of the government, does not recognize. By extension, Israeli citizens with “no religion” are unable to marry in state-recognized Jewish weddings (the Chief Rabbinate has exclusive legal authority over Jewish marriages in Israel), and their children will be unable to prove their Jewishness or to marry as Jews in Israel. More than half of all immigrants to Israel in 2017 were from Russia and the Ukraine; 75% of them are now lost in the “no religion” bureaucratic void.

Some rabbis are attempting to rectify the conversion crisis created by the Israeli government. In 2017, 35 Israeli rabbis joined Giyur K’Halacha, an independent, Orthodox, conversion program established by ITIM and partnering organizations to offer Israelis a meaningful, supportive conversion option consistent with Jewish law. For these rabbis and the Giyur K’Halacha program, conversion—particularly of children, for whom the process is straightforward—represents an opportunity for families who once were persecuted for being Jewish to fully realize their Jewish identities in the Jewish homeland. And, in the bigger picture, as Giyur K’Halacha sees it, conversion offers the possibility of significantly boosting Israel’s Jewish majority in a single generation—an obvious corrective to a demographic concern.

Currently, however, the government and its Chief Rabbinate do not recognize the legitimacy of Giyur K’Halacha conversions, even though the rabbis who oversee them are members of Israel’s institutional rabbinate. And while the state’s rabbinical court judges have recognized that those who convert through Giyur K’Halacha are Jewish, they are unable to affect change in a government that refuses to grant these converts official Jewish status.

Israeli citizens honestly attempting to prove their Jewish identities or choosing to convert to Judaism deserve better than what the Israeli government is giving them. And Israeli society deserves a government approach to Jewish identity that is inclusive and forward-looking. In 2018, let us hope the government adopts the Giyur K’Halacha solution before it’s too late. 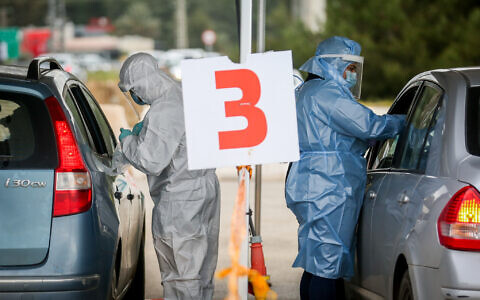 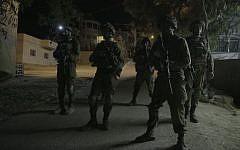