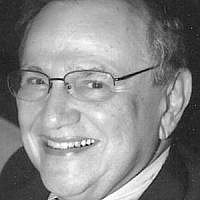 The Blogs
Robert Tell
Apply for a Blog
Advertisement
Please note that the posts on The Blogs are contributed by third parties. The opinions, facts and any media content in them are presented solely by the authors, and neither The Times of Israel nor its partners assume any responsibility for them. Please contact us in case of abuse. In case of abuse,
Report this post.

This is my first post as a blogger for the Times of Israel. Some of it is in the form of a poem. Most of my posts will be in prose, but this one is special. Let me tell you why.

You are no doubt aware of the controversial new Polish law that criminalizes the designation of blame for Nazi crimes to Poland. Among other things it makes the use of the term “Polish death camps” illegal; and it attempts to cast doubt on the voluntary participation of Polish citizens in the Holocaust. We are asked to believe that it was all the doing of Germany and its Nazis, and that Poland was innocent of the barbaric acts performed on its soil.

I believe this law is a rewriting of Holocaust history. It is a denial of any Polish complicity in the systematic killing of almost three million Jews in concentration camps in Poland, as well as of Jews murdered in pogroms like the notorious one at Jedwabne. This attitude is typical of many opinions I personally experienced several years ago on a Jewish Heritage Tour of Poland. For me, the new law is not a surprise.

Of course, not everyone I met with during that tour was in denial. I also met with many Poles of goodwill who were trying, through their work, to create a truthful and meaningful history. Some of them were even involved in planning for the Warsaw Museum of the History of the Polish Jews that has since opened on the site of the Warsaw Ghetto. This project, I was told, is meant to celebrate the thousand-year history of the Jewish presence in Poland, the largest in the world prior to the Holocaust.

It was pointed out to me that the Jewish community was again growing, with synagogues open and functioning. I even attended a performance of Fiddler on the Roof, sung in Polish, in a theater mere steps from the Ghetto. During the pogrom scene, the audience applauded enthusiastically, but the irony of the moment was not lost on me.

A non-Jewish acquaintance told me not to be fooled. Nothing had changed, he said, regarding the antipathy of the Polish masses toward Jews and Judaism. Even though I was meeting people with a sincere desire to embrace the Polish Jewish culture that was destroyed, I was informed that this was a small cohort, and that the majority of Poles, especially in the rural areas, retained an anti-Semitic attitude.

For example, there was a controversy going on at the time about a church mural depicting Jews killing a Gentile child to obtain blood for matzos. Some people thought this mural should be removed but, at the time, it seemed like the majority wanted the mural to remain. I don’t know how this was finally decided, but the fact of the controversy itself speaks volumes.

Which brings me to my poem. When I left Poland, I was somewhat overwhelmed by my emotions. I had visited almost all of the concentration camps and sites of the atrocities and felt a need to express my feelings about the trip. So I penned this opinion piece in rhyme. In spite of the dour tone of the piece, I had hopes that maybe my take was wrong and Poland really was accepting of its role in the Holocaust. Sadly, current events have reinforced my views. Here’s the poem. See what you think:

A SOMBER SKETCH OF POLAND

I was told your ancient Jewish heart

had been revived postwar.

What I found instead was a Jewish mart.

Culture for sale in every store:

A state besotted with its Jews

now that none are left.

John Paul, revered by all,

called the Jews “our elder brothers,”

said “they did not kill Our Lord,

the blood libel must be abhorred,”

but still the flame of slander smolders.

but parish priests cannot be swayed.

Some reinvent the ancient lies

with their Semitic hate tirade.

that faults its absent Jews,

yet hugs them in a mock embrace.

The twin sisters of love and hate

permeate this mixed up place.

as if to prove that Poland’s turning.

And gentiles engage in Jewish learning.

in the shadow of the ghetto.

The ghosts of heroes bleed

while the happy Polish breed

its marble walls a stony shroud

where hundreds upon hundreds were forced to crowd

enroute to the camp where their lives were shed.

Across the street, an office tower,

Gestapo ghosts gaze from its panes

at where they plied their evil power,

indifferent to the pain.

From Lublin to Kielce, Warsaw to Krakow,

The dead torment me.

From Treblinka to Majdanek, Auschwitz to Birkenau,

They shout, “Remember me”!

You wonder why your land

is always conquered by the “other.”

One day you’re German, then a Red,

then briefly, for a time, a Pole.

Someone must be blamed,

to launch a vigilante-like patrol.

And through it all, the Jew.

an irritant removed yet, strangely, missed.

The absence of the Jew makes Poland cry.

When present what he got was Poland’s fist.

that young Poles, by and large, are true.

about the vanished, “funny featured” Jew,

and disbelieve their biased forebear’s gripes.

I meet with men and women of goodwill

and try to grant the benefit of doubt.

They seem sincere, devoid of thoughts of ill,

and beg me to trust new Poland’s route.

And so I leave this land perplexed.

I try to understand,

but I am vexed.

My wish is that I could cremate

a thousand years of Polish hate.

About the Author
Robert Tell is an American Jewish author of award winning fiction and poetry, including the popular Harry Grouch Detective Series, and a memoir on the emotional reality of caring for a loved one with dementia. Before becoming a full-time author, Tell was a hospital CEO and the owner of a human resources consulting firm. Born in Brooklyn, New York, and educated in Public Health at Columbia University, Tell now lives in Michigan, and winters in Florida.
Related Topics
Related Posts
Robert Tell
Comments