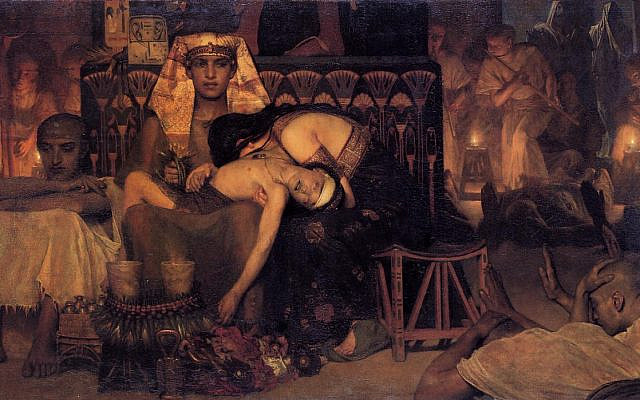 After we ate the korech, a sandwich of matzah and bitter herbs, my forced cough caught everyone’s attention.

“Tonight, we are slaves in Sobibor.”

Our setting is Poland in September of 1943.

We are slaves in this notorious Nazi death camp.

We’re about to partake in a tale about of slavery, bondage, plagues and freedom.

Told to us from the mouths of the survivors of Sobibor and from very our protagonist, Alexander (Sasha) Pechersky.

Since this is our question-asking holiday and I want to ensure you’re paying attention, I’m going to ask you some questions at the end of this tale.

In our modern-day Exodus story, Sasha plays the role of  Moses.

He’s a handsome, bright, a leader of men and a tough as nails.

Sasha arrives in  Sobibor in the usual manner— crammed in a cattle car.

In one train, 2,000 Russian prisoners of war are stuffed and starved in those cattle cars.

But the Nazis only pull 80 POWs out of this river of humanity and select them to work in the camp.

Our Sasha is one of the eighty.

The remaining 1,920 Soviet soldiers are fed to the gas chambers.

And these are not ordinary gas chambers. They’re not the usual Zyklon B crystal gas chambers that you think of in Auschwitz. For in Sobibor, the Nazis generate carbon-monoxide gas by turning on a 200 horse-power tractor or tank engine. Since this killing method is slower than the Zyklon B pellets, obviously, it’s more sadistic. Yet during the Second World War, Sobibor’s gas chambers devoured more than 250,000 Jews.

But now let’s go back in time and focus on Sasha’s life before that train ride.

In the Soviet Army. Sasha holds the rank of lieutenant quartermaster

However, in October of 1941, the Nazis capture him in the Battle of Moscow. For the next twenty-three months, Sasha suffers through four slave-labor camps. In one of those camps, a Nazi doctor examines him. Seeing his circumcised penis the doctor barks, ‘Are you a Jew?’

For that one affirmative word, Sasha is thrown into the ‘The Jewish Grave.’  For ten days, he survives in a dark cellar. He receives 3.5 ounces of wheat and a cup of water every other day.

I ask all of you to imagine if you could have lasted for ten days in the dark cellar on that small amount wheat and water?”

I pause to allow the family to dwell on the question.

“Now we’re back to Sobibor. It’s our first night there.

Sasha asks a fellow inmate, ‘What are those fires burning behind those trees in the woods? And what is causing this horrible odor inside the camp?’

The inmate replies, ‘Do not even look in the direction of the flames, for to do so will get you a whipping.’ The inmate adds, ‘They’re burning the corpses of your murdered comrades who arrived with you today.’

Almost every day a train arrives with 2000 Jewish men, women and children who are murdered. This has been going on for over a year. We are the so-called lucky ones. There are about 550 Jewish prisoners who work in Sobibor.’

Three days later we watch, Sasha earn the respect of his fellow inmates by standing up to a senior SS officer.

When the Nazi officer whips a Jew who was too weak to chop a stump. Pechersky watches the beating while resting on his ax. The SS officer asks  Sasha, ‘You don’t like what you are seeing?’

‘Then I will give you five minutes to split this tree stump in two. If you fail you get 25 lashes and if you succeed you get a pack of cigarettes.’  He looks at his timepiece and yells, ‘Begin.’

Sasha split the stump in four and a half minutes. Then the Nazi hands a pack of cigarettes to Sasha. ‘Oberscharführer, I do not smoke,’ he replies as he recommences chopping up the tree stump.

The SS officer returns in 20 minutes with an offering of  bread and butter.

Pechersky tells the officer , ‘Oberscharführer, the rations in this camp are adequate and I am not hungry.’ These actions make Sasha a hero. Now, he is a possible leader in the eyes of the other prisoners.

The prisoners need a plan on how to escape the camp and join the partisans who live in the woods. Pechersky draws up a plan. The urgency of their actions become clear when they find notes in the clothing of  dead Jewish prisoners from the Belzec Concentration Camp. One of the notes reads:

‘We worked for a year in Belzec. I don’t know where they are taking us now. They say to Germany. In the freight cars there are dining tables. We received bread for three days, and tins and liquor. If all this is a lie, then know that death awaits you too. Don’t trust the Germans. Avenge our blood!’

Sasha’s plan commences with SS guards being lured into workshops. There, they are stabbed to death with axes, awls and chisels. The prisoners collect the dead guards’ weapons: grenades, pistols, rifles and a submachine gun. Then, they proceed through the gates of the camp, when an all-out battle occurs.

The battle results in the death of eleven SS soldiers and an unknown number of Ukrainian guards. Of the approximate 550 Jewish prisoners who worked in the camp, 130 did not participate in the revolt, 80 prisoners were killed during the revolt either by machine-gun fire from the watchtowers or mines that surrounded the camp, 223 prisoners escaped and of that number 170 were recaptured, Sasha and 52 other prisoners made it to the woods and survived the war.

Within days after the revolt, SS Chief Heinrich Himmler, orders Sobibor shut down. He not only closes the camp, but he orders it to be dismantled. Pine trees were planted on the camp’s grounds to conceal its past. At its closure, the camp’s remaining 300 prisoners are executed.”

I pause, sip some Manischewitz and ask, “What are my questions?”

Jason pipes in, “Why did that group of 130 prisoners not participate in the break out?”

“You’re absolutely correct. Those 130 knew their fate. But weren’t able to join the revolt because they were too sick or tired or scared. Possibly, they put their faith in G-ds hands.”

Travis jumped in, “Jason, some people are not risk takers. They’re indecisive. Afraid to make decisions. It wears them out. No matter how bleak things appear, they’re going to leave their fate in the hands of the Almighty.”

Blake piped in, “Dad, I know the next question. Why were the other 170 prisoners recaptured when Sasha and 51 others made it to safety?”

“Well son, good question. The answer given by our hero, Sasha, somewhat tarnishes his image. It is only partially satisfactory. Sasha turns out not to be a Moses. But rather to be a good Russian soldier. He thinks it is his duty to make it back to his army’s lines. He didn’t feel he had a chance to move so many people, so he left the 170 behind.”

A cloud of silence fell onto the dining room, as all thought about the morality of Sasha’s decision. A silence only broken as my wife, Shelley, entered the room with a carafe of Maxwell House and a tray of dark chocolate dipped macaroons.

Special thanks to Wikipedia, Google and especially, Alexander (Sasha) Pechersky (His autobiography)  for their assistance in writing this story. This story originally appeared under the chapter entitled “The Seder” in “A Hebraic Obsession” written by this author and  available on Amazon. For those interested in the Sobibor revolt and Sasha, the Russian film, “Sobibor” is available on Netflix.