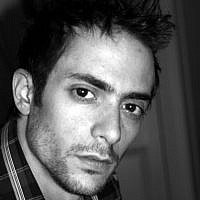 The Blogs
Elazar Gabay
Apply for a Blog
Advertisement
Please note that the posts on The Blogs are contributed by third parties. The opinions, facts and any media content in them are presented solely by the authors, and neither The Times of Israel nor its partners assume any responsibility for them. Please contact us in case of abuse. In case of abuse,
Report this post. 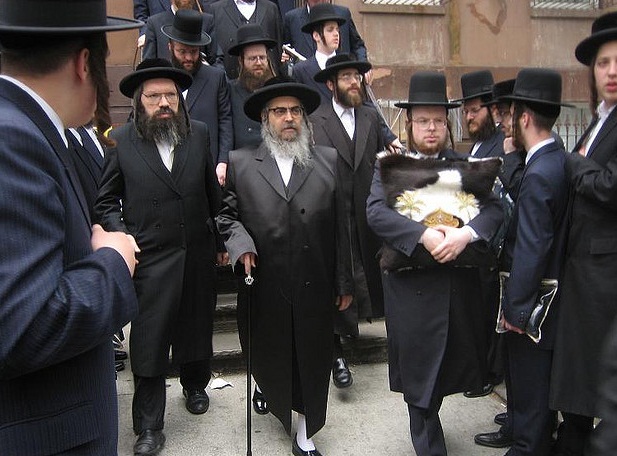 While most of the world’s Jewry stood in unison (Achdut) denouncing the kidnapping and brutal murder of three teenagers in Israel by terrorists recently and sitting Shiva (ritual Jewish mourning); there was one disappointing, albeit not surprising exception: Satmar.

A controversial, secluded, splintered and divisive Hassidic-group’s leader, Kiryas Joel’s Reb Aaron Teitelbaum took a time-out from his violent inner-Satmar war with his brother Reb Zalman-Leib, to publicly blame the parents of the children for their murder:

“During the funerals, the parents eulogized their sons, but I think it would have been preferable if they had done Teshuva [repented], if they had said Viduy [confession] with tears, in the Nusach [style] that is used on Yom Kippur, to repent for their decision to live and learn Torah in a place of barbaric murderers”.

In contrast, “Rabbis within the Zalmanite faction” the Jerusalem Post points out “called Aaron Teitelbaum’s remarks audacious and said that they were not an appropriate message to present to parents mourning their children”, even by Satmar standards.

I was as disgusted as anyone else when I read this. However, before we give credence to anything Satmar says or does, let’s take a step back and remember who Satmar is, and how little they contribute and matter to Judaism.

Satmar is a Chassidic group originating from Satu Mare, Romania, that was established by the late Grand Rabbi Yoel Teitelbaum, whose opposition to Zionism was common for his day. Like other Chassidic Rebbes of the time, stemming in large part to the influence of the enlightenment and its digressional impact on orthodox Judaic practice, he viewed Zionism and the “emancipation of the Jew” as a threat to continued survival of orthodoxy.

While most other Chassidic groups including Belz (Satmar’s arch-enemy), Ger, Lubavitch, Viznitz and most others eventually went on to recognize the State of Israel, even participating in its government (via Agudath Israel), Satmar has always been the notable exception. They have chosen to prefer dissent and discord over unity/Achdut. This can be further seen with their recent  split into two groups with each faction led by one of the sons of the late Grand Rebbe; Reb Aaron and Reb Zalman-Leib.

While Reb Aaron’s tasteless comments and lack of unity, as well as complete disregard for world Jewry is a longstanding tradition within the group; both factions are equally as virulently anti-Zionist as the other. (Reb Aaron however, was the only one to have the Chutzpah and ill-taste to deliver attacks on mourners, while they were still sitting Shiva for their children, no less.)

The split has officially spilled over into the public domain with beatings and violence being perpetrated by members of one group on the other to an extent that it has necessitated police presence to maintain order.

This isn’t Satmar’s first forray into violence. It built a savage reputation in the 70’s and 80’s by cutting beards and beatings of Belz and Chabad Chassidim; and anyone else they disagreed with. More recently they resorted to kidnapping (unlawful imprisonment) harassment and well, more violence against their own competing Chassidim. Not to mention the protection they have accorded to their own pedophiles, while subjugating the victims to more violence (on Rosh Hashanah proper).

The inner-Satmar war is so flagrant and violent that the New York Post Reported that a “brawl in Williamsburg on the holiday of Shemini Atzeres featuring punches, slaps and beard-pulling,” and that “cops and witnesses said thousands were involved in the fight.” Where is the Kiddush Hashem (sanctification of G-d’s name) here?

So before fomenting divisions and discord within Judaism, Satmar ought to perhaps reflect on its own sad state of affairs. Reb Aaron Teitelbaum is now being personally investigated for fraud by the IRS, as well as by the FBI for Voter Fraud. Thanks to its culture of rampant fraud and dishonesty, Kiryas Joel has earned the title of ‘highest poverty rate in the nation’:
“According to 2008 census figures, the village has the highest poverty rate in the nation. More than two-thirds of residents live below the federal poverty line and 40% receive food stamps.”

What positive impact has Satmar had on Judaism? on Chassidism? On their own Chassidim? When was the last you’ve heard of a Satmar Gaon (genius), Gadol HaTorah (Torah great), technological innovator or Nobel Prize Winner? Where is the “Chessed” (kindness) from Satmar here? What happened to being “Dan Lekav Zechut” (judging one favorably)? What happened to not speaking Loshon Horah (evil speech)? What happened to giving Kovod Hames (respect for the deceased)? What happened to making a Kiddush Hashem (Sanctification of G-d’s name) ? But more importantly, what happened to the Satmar leadership?

Satmar does not represent Jewry, they don’t represent orthodoxy or Chassidim. They along with the ‘Niturei Karta’ are ‘The North Koreans of Chassidim’.

Sadly, if there is but one thing Reb Aaron Teitelbaum’s “leadership” has accomplished here, it is: A Stain of Shame on Satmar!

About the Author
Elazar Gabay is an an Internet Marketer and Entrepreneur. He writes about technology, politics and religion.
Related Topics
Related Posts
Comments