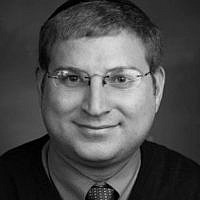 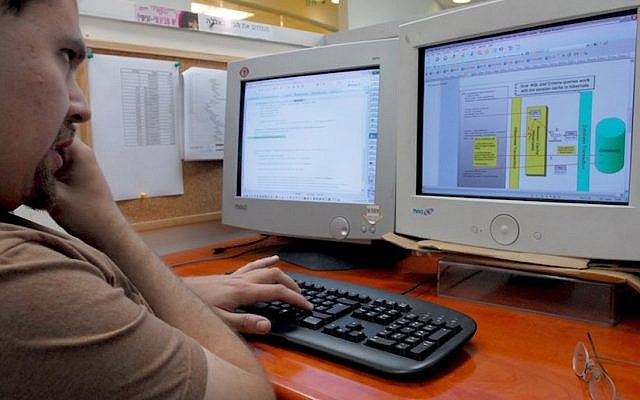 Illustrative photo of a software developer at an Israeli start-up working on a project. (Gili Yaari/Flash90)

“Everyone is replaceable,” an IT manager at a large Israeli company once told me. “That’s what I tell my workers and it’s true,” he elaborated. “Look, if you know how to do something, so does someone else. We could always find a replacement.”

“I disagree,” I said. “Sure, you, sir, want your workers to feel that way to stop them from asking you for a raise but you yourself know it’s not entirely true especially in IT.” And then I added, “In IT, only the management is actually replaceable.” He laughed and shrugged his shoulders.

In all honesty, though, let us take software development work as an example. There are many different languages, frameworks, operating systems, version control systems, QA systems, and countless other technologies involved. While some are certainly more commonly combined than others and while many may be fully interchangeable, each developer and development team had their own unique working environment. While great programmers can easily adapt to a new working environment, development momentum is absolutely invariably affected. And that means time is lost. And as the saying goes time is money.

Furthermore, developers usually know their code inside and out; especially if it is something they spent months or years working on. With this knowledge when a new bug has been reported that developer could pinpoint the culprit faulty line of code and fix it in minutes. His or her replacement, without that code knowledge and experience working with it, might need to take weeks or more navigating thousands of lines of code to identify and fix the same problem, that is if that faulty line can even be found at all. And again, lost time equals lost money.

And this is where Israeli start-ups differentiate themselves from, well, really the rest of the corporate world in Israel. Most Israeli workers (outside of tenured government jobs) operate under the notation that they are always in jeopardy of being replaced. (Perhaps this is why real wages have stagnated over the past decade as workers are too afraid to ask for a raise.)

But the start-up mentality is more like “the sky is the limit and I control my own destiny.” More importantly it is also “I have a unique and awesome idea or a powerful skill that no one else has and with it I am going to change the world!” By thinking differently (with apologies to the marketing department at Apple), young Israelis have discovered a poorly kept secret: if you don’t think you are special, you will never be able to get your idea off the ground, because you’ll always be too afraid to take the first step.

Sure, for every Israeli startup that actually succeeds another 24 will fail.
But if Israeli start-up entrepreneurs were worried about losing their job they might as well be working in the corporate world and not asking for a raise or a promotion. As paradoxical as it sounds, each Israeli worker is special! And that is what makes the start-up culture here unique. And by the way, those other 24 startups that didn’t make it — well those same people will regroup and form another 50 startups instead. Remember the sky’s the limit and we are here to change the world!

About the Author
Pinchas Orbach was the CTO for VoiceofIsrael.com and served as an Information Security Specialist for the United States government. He lectured for the Computer Science Department at Queens College and volunteers his time with Aliyah organizations. He himself made Aliyah from Queens, New York and now lives in Jerusalem with his wife and two sons.
Related Topics
Related Posts
Comments
Advertisement