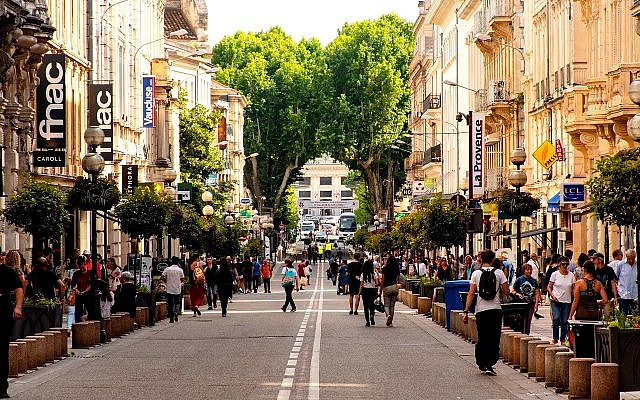 The number of deaths in the first wave was around 20 million. But nothing was learnt from this and the entirely preventable second wave resulted in some 85 million deaths, around 3% of the world’s population. We should consider these horrific figures when we look at the current corona pandemic.

Most readers will have noticed my typo; when I wrote first and second wave, I meant First and Second World War.

Michael Crichton, in his fictional book, State of Fear, has eco-terrorists trying to get the world to tackle the equally fictional global warming by blowing up half the planet.

Climate scientists started using extreme, fear-inducing words such as “crisis,” “catastrophe” and “disaster” not long after the fall of the Berlin Wall. With the threat of Soviet Communism no longer around, governments needed something else to keep their citizens docile and under control.

We should now be asking who is behind the current attempt to keep us all in a state of fear. The world has never seen such a wide-spread viral attack, we are told. Businesses must be kept closed, children left uneducated, patients awaiting major operations turned away. There has never been a time as bad as this.

But some of us have not forgotten the Hong Kong Flu pandemic of 1968. First reported in Hong Kong, it quickly made its way to Singapore and Vietnam, and on to The Philippines, India, Australia, Europe, and the United States. It resulted in the deaths of more than a million people.

A previous Flu pandemic, The Plague of the Spanish Lady, in 1918 killed between 20 and 50 million people. This one went for completely healthy young adults but skipped children and people with weaker immune systems.

If we want a really serious pandemic, we need look no further than the Black Death. Between 1346 and 1353 an outbreak of Bubonic Plague devastated Europe, Africa, and Asia. Anywhere from 75 to 200 million people died.

Corona deaths are currently running at around 1.2 million, worldwide.

We would do well to heed the words of Joseph Stalin – “A single death is a tragedy, a million deaths are a statistic.”

But, while every death is indeed a tragedy, this not the worst thing the world has ever seen. While we should obey the guidelines and enter our lockdowns, it is not a reason for us to enter a State of Fear.

Reaction in the world has not been logical. In the United Kingdom, people are being asked to “save the NHS” (the UK’s National Health System). In a rational world, it would be the task of the NHS to save the people, that’s what it is for.

We will soon have a vaccine, or the virus will just get tired of bothering us. It is our job to make sure that we still have a world to go back to when it’s all over.